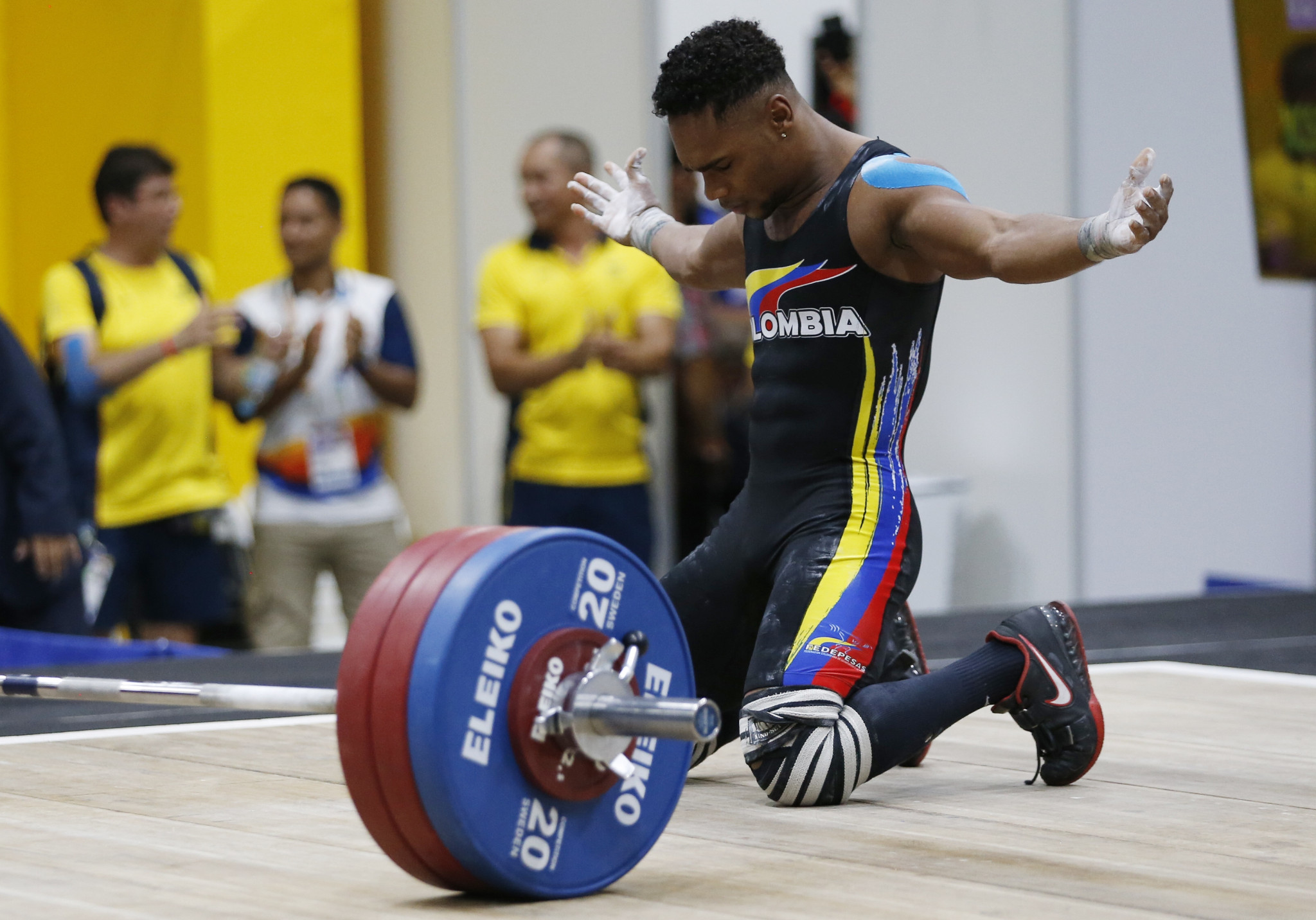 The women's 64 kilograms contest at the Pan American Weightlifting Championships, which start in the Dominican Republic tomorrow, highlights the improved performance of the United States and Canada throughout Olympic qualifying.

It also emphasises that the biggest losers at the delayed Tokyo 2020 Olympic Games are likely to be Colombia.

When qualifying was team-based for the Rio 2016 Olympic Games, the US sent a team of four and Canada two, while Colombia had nine, the second largest contingent behind China.

This time around the US is hoping for a maximum eight, while Canada is "looking solid" for four places according to Craig Walker, President of the Canadian Weightlifting Federation - and maybe more.

Ecuador is also doing well in qualifying and can expect to at least match its Rio numbers, while Venezuela, Mexico, Dominican Republic and Chile are nicely in contention.

Colombia is unlikely to be in Tokyo at all, as it is liable to be suspended for having three doping violations during the qualifying period.

Nothing has been decided yet, as Colombia is contesting the suspensions on the grounds that the athletes unknowingly ingested boldenone through eating tainted beef.

Until the process is complete Colombia can continue to compete, and it has sent a formidable team of potential Pan American champions to Santo Domingo, the Dominican Republic capital.

It has also entered a strong team at the Olympic qualifying event it is hosting in Cali next month, the South American and Ibero-American Open, which has attracted entries from Belarus, Belgium, Albania, Spain, France, Germany and elsewhere.

In that 64kg category on Wednesday (April 21) the highest entry total is likely to come from Mercedes Perez, a multiple Pan American champion who finished fourth for Colombia in Rio.

Her rivals this week include the women most likely to take advantage if she cannot go to Tokyo.

Two places in this category will go to Pan American lifters and one of them seems sure to be the Canadian Maude Charron, who is very strongly placed.

The other might be Angie Palacios of Ecuador, or Mattie Sasser, who is hoping to clinch a place in the US Olympic team after switching from Marshall Islands, for whom she competed in Rio.

Sasser has the higher total in qualifying, by 4kg, and it should be a good contest, especially as Cuba's Marina Rodriguez also has a chance.

Colombia looks set to win plenty of Pan American gold medals - starting with the favourite Francisco Mosquera in the men's 61kg, the first final at an Olympic weight.

But if they are suspended the bigger winners could be those who finish behind them and claim a place in Tokyo.

The absence from Tokyo of so many leading contenders because of suspension and withdrawal - from Thailand, Egypt, North Korea and probably Colombia, Romania and Vietnam - opens up the route to the Olympic podium.

Of the Pan American nations, the US, Canada, Venezuela, Ecuador and Mexico are among those hoping to take advantage, and performances in Santo Domingo, a "gold" Olympic qualifier, will be a good guide.

Some of their athletes would be Olympic medal contenders regardless of who is there and who is not, just like the Brazilian super-heavyweight Fernando Reis, who aims to win his fourth continental championships title in Santo Domingo.

The US has high hopes in the lightest and heaviest women's Olympic weight categories, via Jourdan Delacruz at 49kg and Sarah Robles in the super-heavyweights.

Kate Nye, the women's world weightlifter of the year, will face a strong challenge at 76kg from Neisi Dajomes of Ecuador and Aremi Fuentes of Mexico.

Mattie Rogers, who aims to compete at 87kg in Tokyo, probably alongside Chile's Maria Valdez or Crismery Santana of Dominican Republic, drops down to 81kg and could lead a US 1-2 ahead of Jessie Steno.

The Americans' top male contenders are the multiple junior world champion CJ Cummings at 73kg, Harrison Maurus at 81kg, Wes Kitts at 109kg and Caine Wilkes in the super-heavyweights.

Maurus features in a fascinating contest against the host nation's top male lifter Zacharias Bonnat, and the 2017 world champion Arley Mendez of Chile.

Phil Andrews, chief executive of USA Weightlifting, pointed out that the US finished as the top team at the last Pan American Championships in Guatemala City in 2019 and said: "Our team has done an amazing job through the pandemic, keeping focused on both Tokyo and this event, the ranking events for which started all the way back in 2019.

"Tokyo looks to be potentially our best Olympic Games in 60 years.

"In this quad we have seen some phenomenal performances from our athletes, including the coming of age of CJ Cummings with four straight World Junior Championships, the emergence of world champion and defending Pan American champion Kate Nye, and the recent move to 49kg for Jourdan Delacruz, who provided the best non-Asian result at that weight in over 10 years."

Walker said Canada's athletes had "found the qualification process to be gruelling" but had responded to the challenge in great style and he was "very happy with how the team has come along".

Charron is the leading women's contender for Canada and Boady Santavy is the standout in the men's events, at 96kg.

"Boady looks to be in really good form," said Walker.

"He took the pandemic and delay of Tokyo 2020 in his stride and stuck to the programme, and I think we'll see some improvements over where he was this time last year.

"At the start of 2018 we were confident that Boady and Maude would be going to Tokyo and that we had a chance of one or two more.

"At this point we are very solid for four athletes and there could be more if things go well in Santo Domingo and Cali.

"For us, the biggest positive has been the resilience of our athletes."

Their best performers have been Charron, Rachel Leblanc-Bazinet, the improving Tali Darsigny and Kristel Ngarlem in the women, and Santavy and Alex Bellemarre in the men.

"They've pushed through a challenging qualification process, the postponement of the Games, more than a year of lockdowns, training in their garages, and they are still hungry to get back on the platform to compete," said Walker.

"It's a special group of athletes."