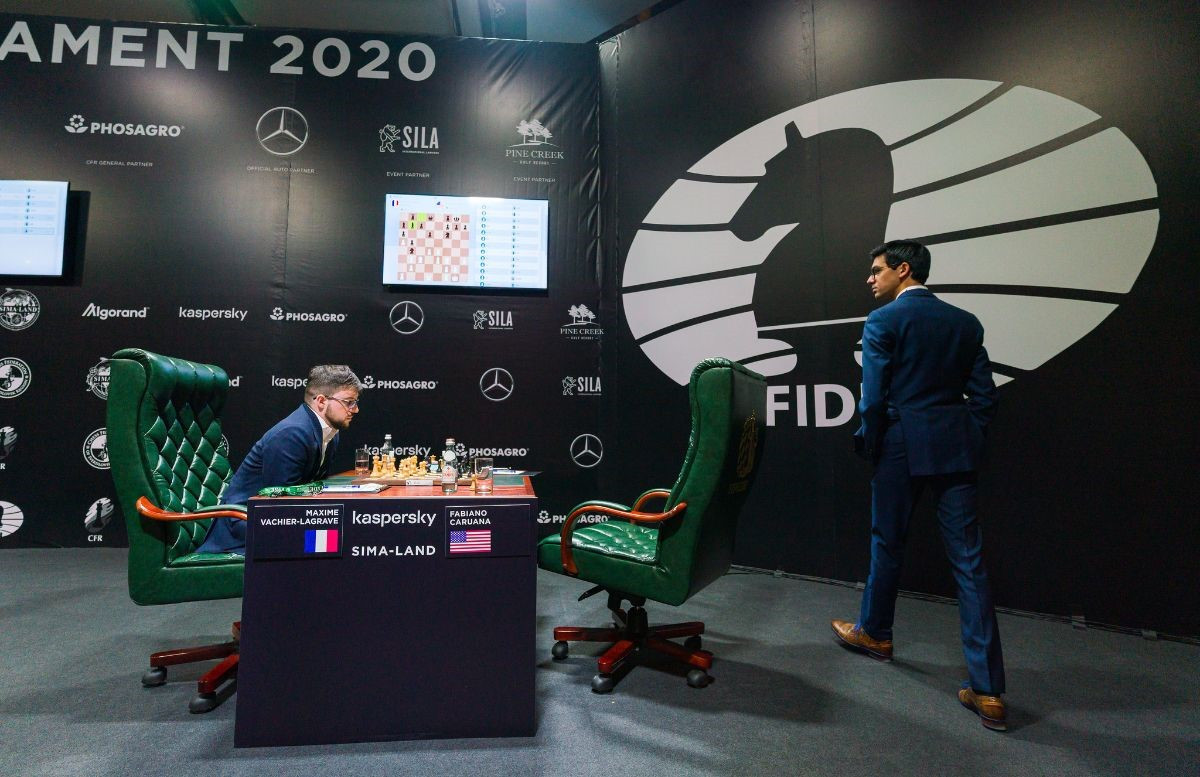 The Candidates Tournament, which will decide who faces Magnus Carlsen for the chess world title, resumes tomorrow, more than a year after it was suspended over the coronavirus crisis.

The eight-player event began on March 15 2020 in Yekaterinburg, but was halted by the International Chess Federation (FIDE) 11 days later with exactly half of the 14 rounds completed.

Russia halting air travel led to the event being suspended.

It will resume in Yekaterinburg tomorrow, 390 days later.

Maxime Vachier-Lagrave of France and Russian Ian Nepomniachtichi lead the event, with 4.5 points from seven matches.

Fabiano Caruana of the United States, the runner-up at the 2018 World Chess Championship, is third on 3.5 points.

"I am ready to play and win the tournament, like the rest of the participants who are ready to fight with all their strength. We had a lot of time to prepare, so the games promise to be very interesting," - Maxime Vachier-Lagrave pic.twitter.com/sm2JcTTICh

Caruana faces Vachier-Lagrave in the pick of the matches in round eight of the Candidates Tournament.

Wang will play Ding in an all-Chinese affair, Giri plays Nepomniachtchi and Alekseenko is up against compatriot Grischuk.

The winner of the FIDE Candidates Tournament will face Norway's Carlsen for the world title in the United Arab Emirates later this year.

Carlsen will be seeking a fifth successive world title at that event in Dubai.