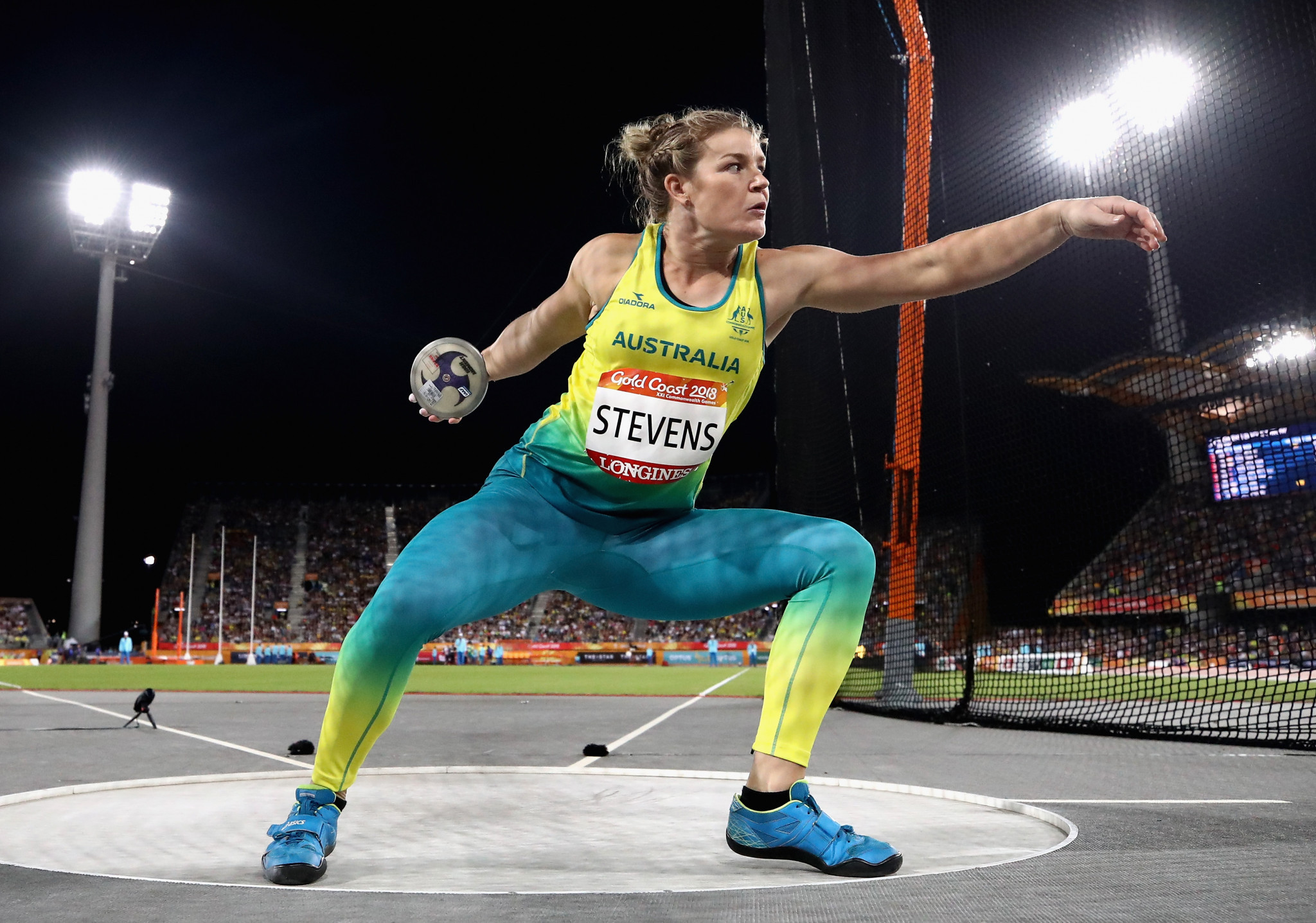 Hall, who made the final of the women's 1500 metres at the Rio 2016 Olympics and Bisset, the new women's Australian national record holder at 800m and 2019 Universiade champion, are some of the most notable names to be confirmed.

World and two-time Commonwealth Games gold medallist Stevens is set to feature in her fourth Games and will aim to win her first Olympic medal, having made the discus final three times.

Stevens returns after recovering from a neck injury in 2020.

"This team has been the hardest one to make and the one I'm most grateful for," said Stevens.

"It's really special to know I'll be there in Tokyo.

"Thinking about becoming a four-time Olympian is really quite cool.

"I'm looking to be in personal best shape for me, and that Olympic medal is the one that I don't have so I would love to walk away with that from Tokyo."

Genevieve Gregson - better known by her maiden name LaCaze - has also been selected in the women's 3,000m steeplechase for her third Olympic Games.

Nicola McDermott could be an outside favourite for a medal in the women's high jump after she recently became the first Australian woman to clear two metres, and is now formally selected for the team.

Brooke Stratton will look to improve on her seventh place finish in the Rio 2016 women's long jump final after being selected, while women's pole vaulter and Commonwealth Games bronze medallist Nina Kennedy is set to be one of nine athletes to make their Olympic debut.

"The AOC is thrilled to announce these 15 outstanding athletes to the team for the Tokyo Games," said Chesterman.

"This selection is testament to the incredible work they have put in over their entire athletic career and in particular their efforts throughout such a trying 2020."

Australia's team now has 95 confirmed athletes, with this expecting to become around 450 to 480 by Tokyo 2020.