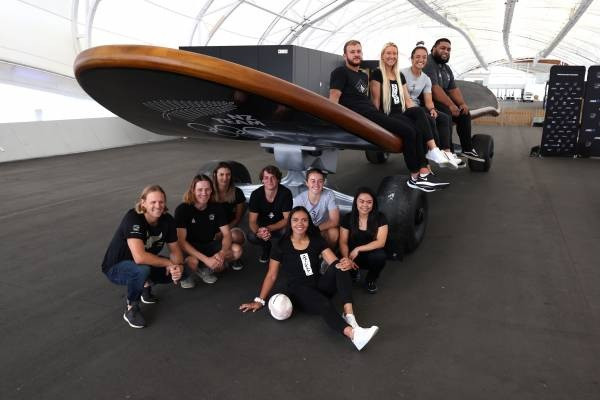 A giant skateboard is set to visit 40 towns across New Zealand in 41 days in a bid to get people behind the country’s Olympic team ahead of Tokyo 2020.

Olympians are expected to join part of the journey of "The Great Olympic Skate Roadshow" which is due to start on May 10.

The roadshow is set to conclude in Auckland, where the skateboard will remain at event venue The Cloud during the Games.

The New Zealand Olympic Committee (NZOC) said the skateboard will be the centrepiece of the New Zealand Team HQ fan zone where supporters will be able to gather together to celebrate the Games and experience Japanese culture.

"This year, we really need the support of all New Zealanders and that’s why this skateboard will be travelling the country as we ask Kiwis to get on board," said Kereyn Smith, chief executive of the NZOC.

"Today's Olympic Games have more extreme, more urban and more youth focussed events and the board travelling around New Zealand represents this.

"From Tokyo to Beijing and Paris we'll have Kiwi athletes on surfboards, snowboards, kiteboards, skateboards along side other new sports like sport climbing and three-on-three basketball.

"The roadshow will give New Zealanders the opportunity to learn more about the Olympic Games as they send their support to our New Zealand Team to Tokyo 2020."

Skateboarding is making its Olympic debut at Tokyo 2020.

More than 200 athletes are expected to represent New Zealand at the rescheduled Olympics, due to run from July 23 to August 8.

Tokyo 2020 recently celebrated the 100-days-to-go milestone which Smith felt was a poignant moment for the New Zealand Olympic team.

"Training, focus and preparation now go up a notch as our athletes get ready to excel on the world stage," said Smith.

"Many sports have intensive training camps scheduled between now and Games time and with the trans-Tasman bubble opening up we expect to be seeing competition with our Australian neighbours."

Smith acknowledged that there were still challenges to overcome between now and the start of a Games set to place against the backdrop of the coronavirus pandemic.

"It's incredibly complex and the environment is continues to change," said Smith.

"For some athletes there is still uncertainty around final Olympic qualification events and we're now fine tuning exactly how we will overlay COVID-19 countermeasures on team operations at the Olympic Games.

"Meanwhile, we are very grateful to be getting underway athlete vaccination which will be a major factor in keeping our team safe at Tokyo.

"There's no doubt our athletes are preparing for a tough and very different Olympic Games.

"It's been a challenging journey for all of them but their resilience, determination and sheer strength of will has meant that they will be ready when it counts.

"That's why we're calling for Kiwis to get out and support the New Zealand team."