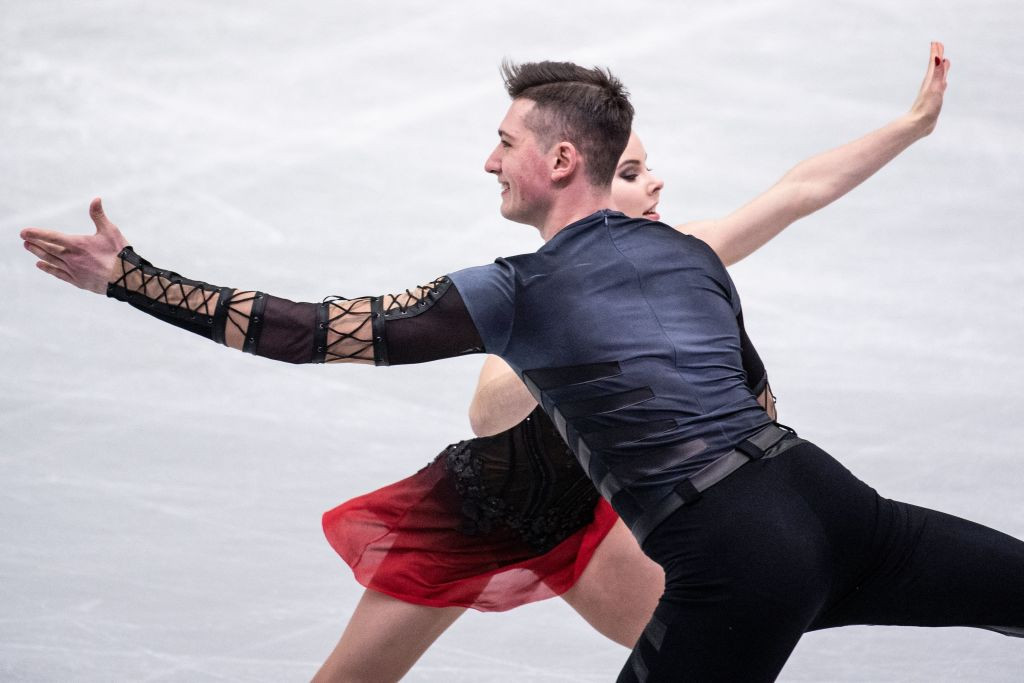 Russia are closing in on their first International Skating Union World Team Trophy after dominating the second day of competition in Osaka.

Respective world pairs and ice dance champions Anastasia Mishina and Aleksandr Galliamov, and Viktoria Sinitsina and Nikita Katsalapov, topped their events to move Russia to the brink of claiming the title.

Russia sit top of the standings on 91 points, eight clear of nearest challengers the United States, with just the women's and pairs free skate events to go.

Hosts Japan are third on 78 and lead the rest of the field by 20 heading into the final day of action tomorrow.

Mishina and Aleksandr Galliamov won the pairs short programme with a score of 73.77 to add the maximum 12 points for Russia.

In the free dance, Sinitsina and Katsalapov converted their lead after the rhythm dance into another 12 points for the Russian team.

The formidable duo scored a total of 130.15, more than five clear of Italy's Charlene Guignard and Marco Fabbri in second.

Kaitlin Hawayek and Jean-Luc Baker of the US amassed 110.16 points to take third.

Reigning world champion Nathan Chen maintained his unbeaten run by winning the men's event after another excellent display in the free skate.

Chen, who has not lost a major competition since 2018, racked up a total of 203.24 to comfortably beat Japanese rival Yuzuru Hanyu, who ended second on 193.76.

Russia’s Mikhail Kolyada was third on 180.72 to earn 10 points for his country.

Competition took place in front of a limited number of fans at the Maruzen Intec Arena, despite rising COVID-19 cases in the Osaka prefecture.