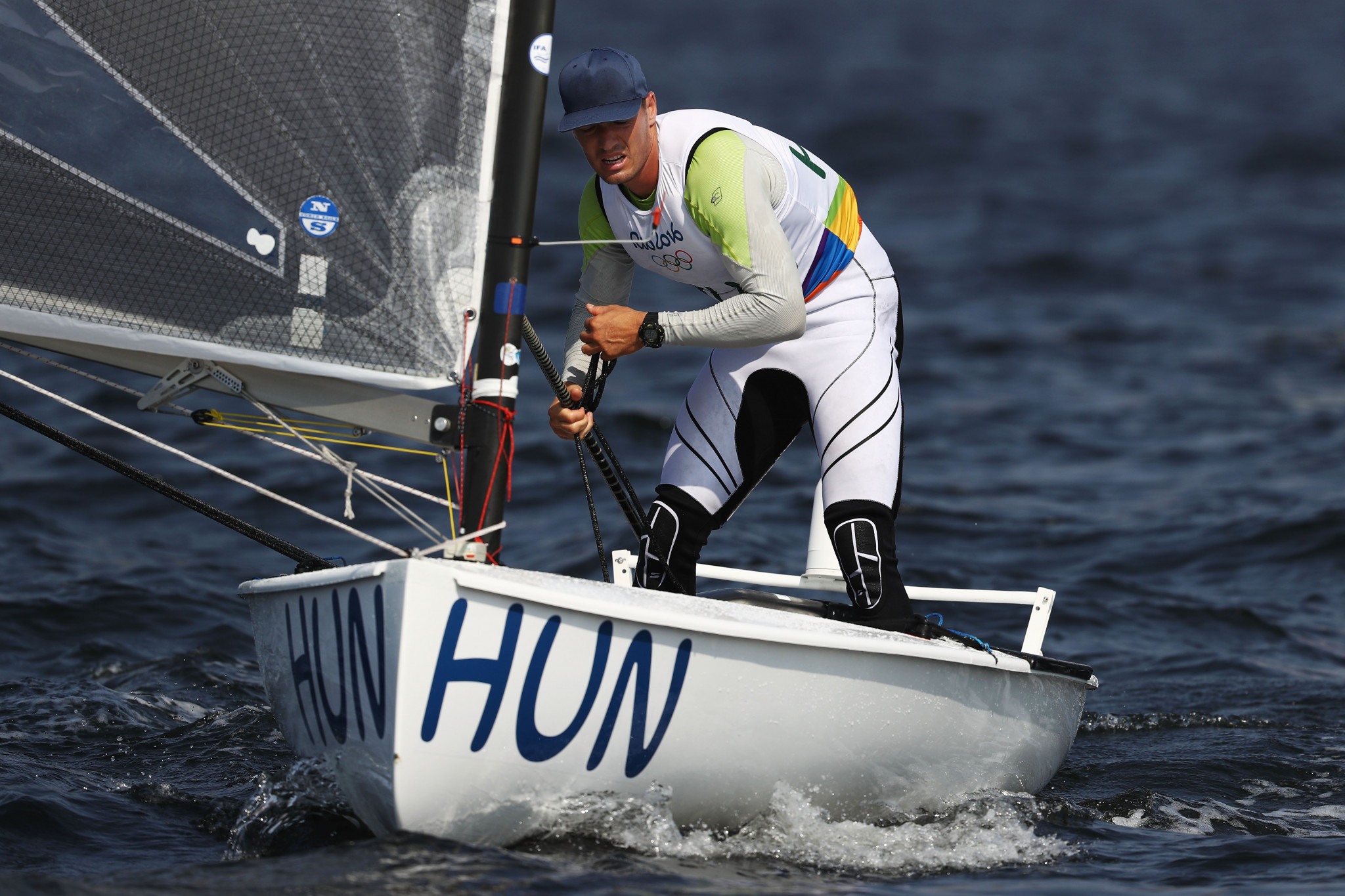 Hungary’s Zsombor Berecz completed a hugely impressive week of sailing today to earn gold at the Finn European Open and Under-23 Championship in Vilamoura.

Having won both races on the penultimate day to extend his lead to 11 points, Berecz made no mistake in finishing off the job.

Fifth place in the first of today’s races was sufficient to give him the title, as his previous results had been so consistently good that he didn’t need to contest the tenth and final one.

Second, on 70 points, was Britain’s Rio 2016 gold medallist Giles Scott, who finished 13th and 14th today, with the final place on the podium going to Switzerland’s Nils Theuninck, who finished 17th and first to total 74.

Berecz, who competed at the Beijing 2008 and London 2012 Olympics in the Laser class, led after the first day of racing in Portugal before being overtaken by Spain’s 22-year-old Joan Cardona.

The young Spaniard, who won both races on day two, dropped a level, but recovered his form to finish fourth overall, finishing off with fourth and 16th places to total 98 points.

The Championship has doubled for many as a vital warm-up for the final Tokyo 2020 qualification event in Portugal four weeks from now - the Finn Gold Cup in Porto.

A fleet of around 50 sailors from 28 nations took advantage of a regatta that was originally intended to be sailed at the French venue of Hyères over the same dates.

Next up the sailing base will accommodate the Vilamoura International Championship - the Tokyo 2020 European continental qualifying event for the laser class which is due to start tomorrow and run until April 24.