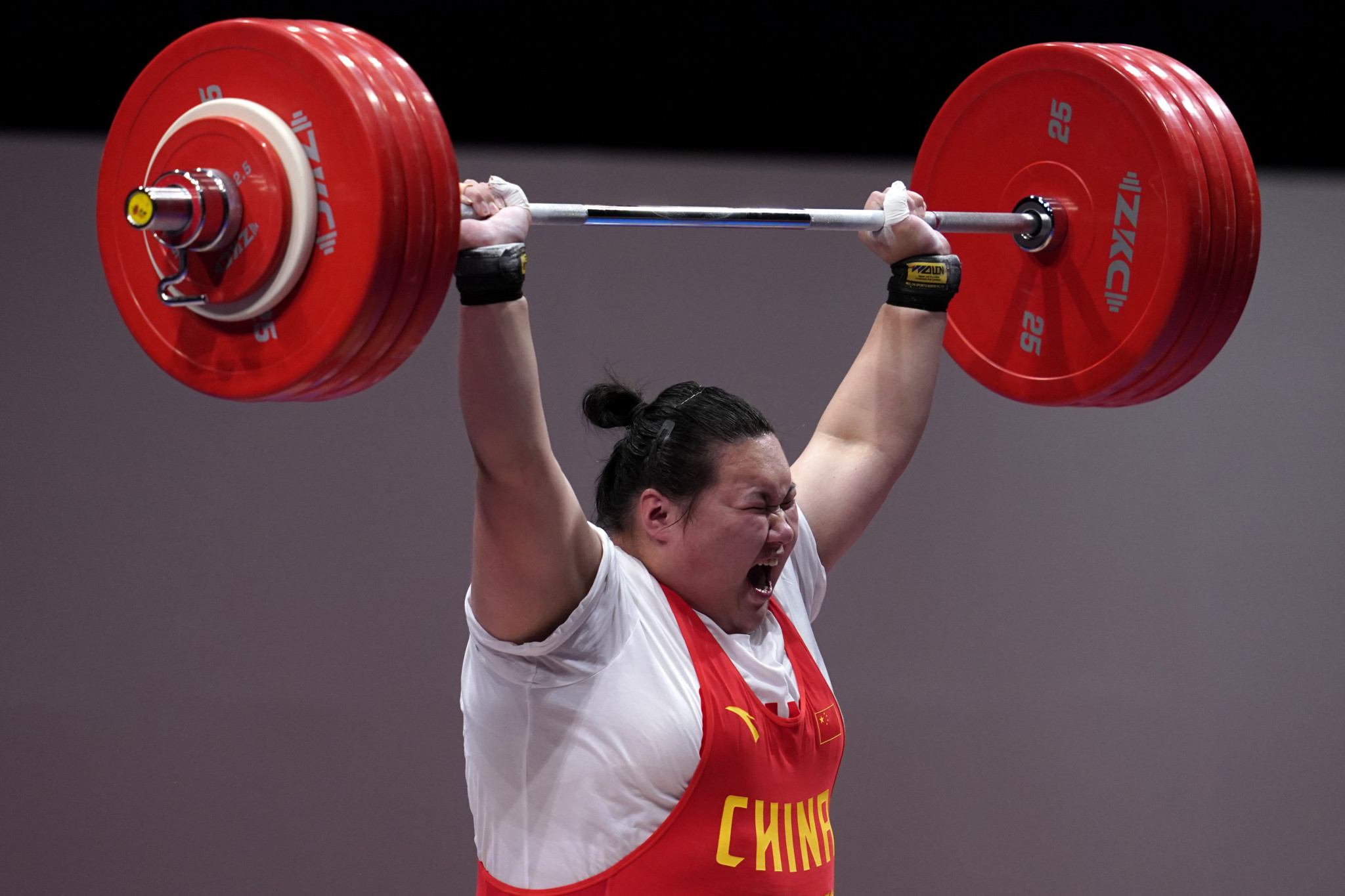 Many of the world’s best weightlifters will be in action in Tashkent in Uzbekistan over the next week at the Asian Championships, including at least 11 potential Olympic gold medallists.

China, whose athletes already lead 10 of the 14 Tokyo 2020 qualifying categories for men and women, is sending a formidable team of 20, not one of whom is entered in the six non-Olympic events.

No other nation in the Asian Championships is fielding the maximum 20, though there are big teams from Japan (19), Uzbekistan (18), Kazakhstan (17) and South Korea (15).

North Korea is not taking part, having decided not to compete at the delayed Tokyo 2020 Games because of fears over the COVID-19 pandemic.

That leaves many medal slots open both in Tashkent and in Tokyo, as North Korea had plenty of contenders, especially among the women.

It is a crucial competition for several other nations with medal hopes in Tokyo, including the hosts Uzbekistan, Iran, Qatar, Japan, South Korea, Taiwan, India, Indonesia, Turkmenistan, the Philippines and Kazakhstan.

Moradi, who has two world records at 96 kilograms and held all three, as well as the Olympic title, at the old weight of 94kg, is back from serious spinal and shoulder injuries.

He is only the fourth-best Iranian at the weight in the rankings, such has been the disruption to his qualifying efforts, and even another world record may not be enough to get him to Tokyo.

Rostami, who scored zero points in the second phase of qualifying because of a bomb-out in the World Championships and a mix-up over a competition entry, is another whose hopes are over.

He won the old 85kg gold medal at Rio 2016, then moved up to 96kg for all his qualifying efforts to date but will drop down to the non-Olympic weight of 89kg in Tashkent, where his entry total is 370kg.

Ali Davoudi in the super-heavyweights is probably Iran’s strongest hope for Tokyo.

There could be a big performance from South Korea's Won Jeong-sik, who is yet to score any points in phase three, in the 73kg, and from Japan’s Yoichi Itokazu and Kazakhstan’s Igor Son at 61kg.

Turkmenistan’s Rejepbay Rejepov is one to watch in the men's 81kg.

The host nation has high hopes of Akbar Djuraev in the 109kg, which appears to be more open after Simon Martirosyan's failure to make a total at the European Championships last week.

The Armenian had been a hot favourite for Olympic gold.

Uzbekistan's Ruslan Nurudinov, the 2016 Olympic champion at 105kg who was suspended for doping for two years when his retested London 2012 sample came up positive, is making his first appearance since 2018, also at 109kg.

Beating their Chinese rivals may prove beyond all of them, however.

China, by far the strongest nation in weightlifting, fields the leading contender in six of the men's categories and all 10 of its men's team are strong medal contenders.

The most anticipated contest was expected to be at 96kg, between Moradi, China's Tian Tao and Meso Hassona, the Qatari who competes as Fares Elbakh - but Meso has moved up to the non-Olympic 102kg class.

Mirabai Chanu carries India’s hopes in the 49kg and is in a stronger position after North Korea’s withdrawal.

In the ultra-competitive 55kg Zulfiya Chinshanlo, Kazakhstan’s only realistic hope of an Olympic medal, goes up against two outstanding Chinese lifters, Liao Qiuyun and Li Yajun, plus Uzbekistan’s Muattar Nabieva and Hidilyn Diaz of the Philippines.

China has the top four in the rankings at 55kg on the International Weightlifting Federation qualifying list but no nation can field more than one lifter in any weight category.

The 59kg is expected to go to Kuo Hsing-Chun of Chinese Taipei, a quadruple world champion and double world record holder who heads the rankings, while Mikiko Andoh of Japan is a strong contender.

Tashkent, the capital city of Uzbekistan is also the venue for the IWF Junior World Championships in the last week of May, so dozens of Olympic hopefuls could learn their fate there in the next six weeks.

The Asian Championships begins on Saturday and ends on April 25.