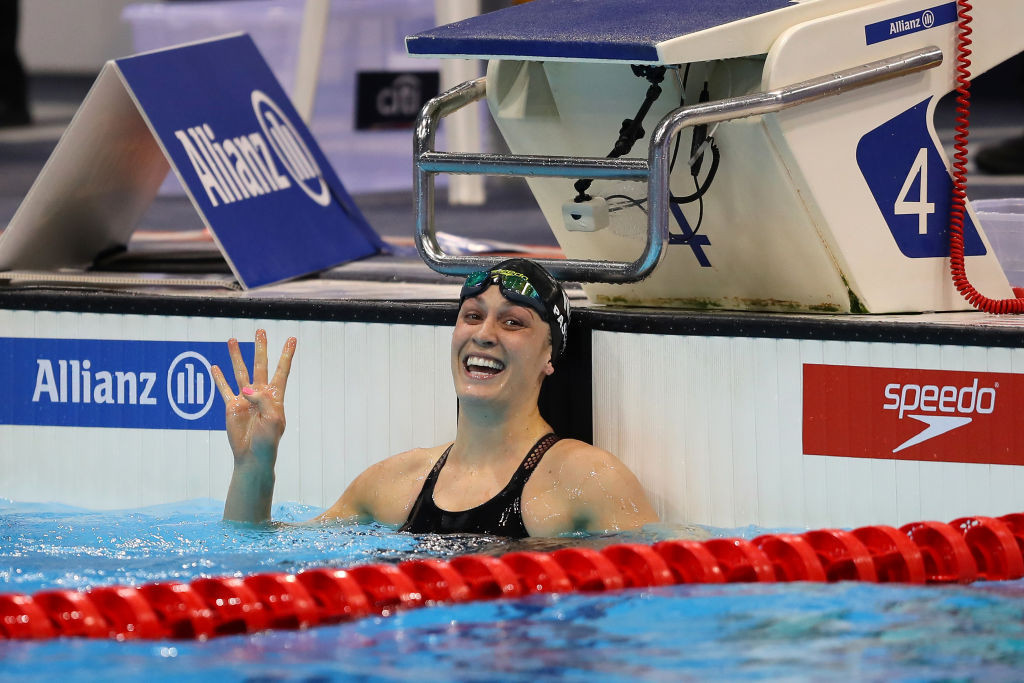 Cameron Leslie, who has quadruple limb deficiency, will be seeking a fourth consecutive Paralympic title in the 150 metres individual medley in the SM4 class.

He may also be juggling his commitments in the pool with playing for New Zealand’s wheelchair rugby team, whom he helped to qualify for the rescheduled Games.

With 15 medals, Sophie Pascoe is the most decorated Paralympian from New Zealand.

Pascoe, who has a single limb deficiency, has been on the Paralympic podium regularly since the Beijing 2008 Games and won three golds and two silver at the Rio 2016 Games.

"To represent my country at my fourth Paralympic Games is a privilege," said Pascoe.

Nikita Howarth was New Zealand’s youngest ever Paralympian when she took part at London 2012 at the age of 13.

Four years later in Rio she won a gold and a bronze, and she is back for more medals in the pool having taken two years out to pursue a successful stint in Para cycling.

Howarth, who has a double limb deficiency, is in top form, having recently set a short-course world record in the women’s 100m individual medley in the SM7 class.

Tupou Neiufi was spotted as a 10-year-old by a talent identification programme in 2011.

Five years later she made her Paralympic debut in Rio, finishing seventh in the women's S9 100m backstroke.

Neiufi, who has a left-sided hemiplegia - paralysis on her left-side - is world-ranked two having won silver in the women’s 100m backstroke S9 final at the 2019 Para Swimming World Championships in London.

Jesse Reynolds has been a competitive swimmer since he was 11 and made his Paralympic debut in Rio, where he swam two personal best times.

Reynolds, who has a single limb deficiency, is currently ranked sixth in the 100m backstroke in the S9 category.

"Cameron, Sophie, Nikita, Tupou and Jesse have recently competed at the NZ Swimming Championships and their performances have satisfied PNZ selectors that they have met the selection criteria for the Tokyo 2020 Paralympics."

The New Zealand team for the Tokyo Paralympics is expected to be at least 45-strong and feature athletes from at least eight different sports.