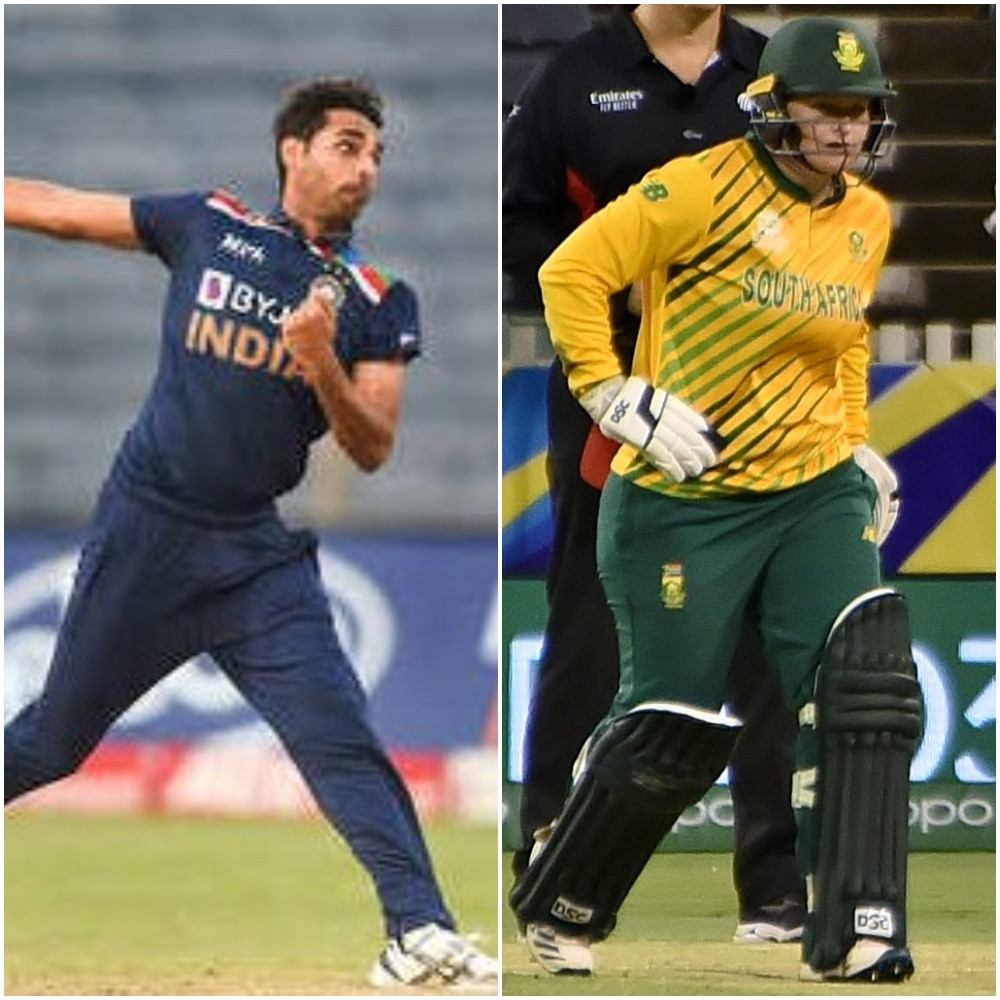 India’s Bhuvneshwar Kumar and South Africa’s Lizelle Lee have been voted as the International Cricket Council (ICC) Players of the Month for March, it was announced today.

Kumar won for his impressive performances in India’s recently concluded series against England.

He was the standout bowler on either side in the white-ball series and was chosen the winner for the month by fans and the ICC voting academy.

It was an outstanding return to international cricket for Kumar after 18 months out due to a series of injuries.

“After what seemed like a really long and painful gap, I was delighted to be playing for India again,” Kumar said.

“I used the time away to work on my fitness and skill and I am happy to be back taking wickets for my country.

“I would like to thank each and every person who helped me in this journey starting from my family and friends and my teammates.

“Also, a special thank you to the ICC voting academy and all the fans who voted for me and made me the ICC Men’s Player of the Month for March.”

Besides Bhuvneshwar, leg-spinner Rashid Khan of Afghanistan and Zimbabwe’s Sean Williams were also nominated in the men’s category.

Lee who played four ODIs against India where she scored a century and two half-centuries to move to the top of the ICC Women’s ODI Batting Rankings, won the women’s award.

“I am happy and honoured to receive this award,” the 29-year-old Lee said.

“Such accolades are a great way to keep me motivated and to continue to work even harder on my game.

“A big thank you to my team-mates for their support as this would never have been possible without them.”

The other nominations were both from the Indian team that played in the series against South Africa, bowler Rajeshwari Gayakwad and batswoman Punam Raut.