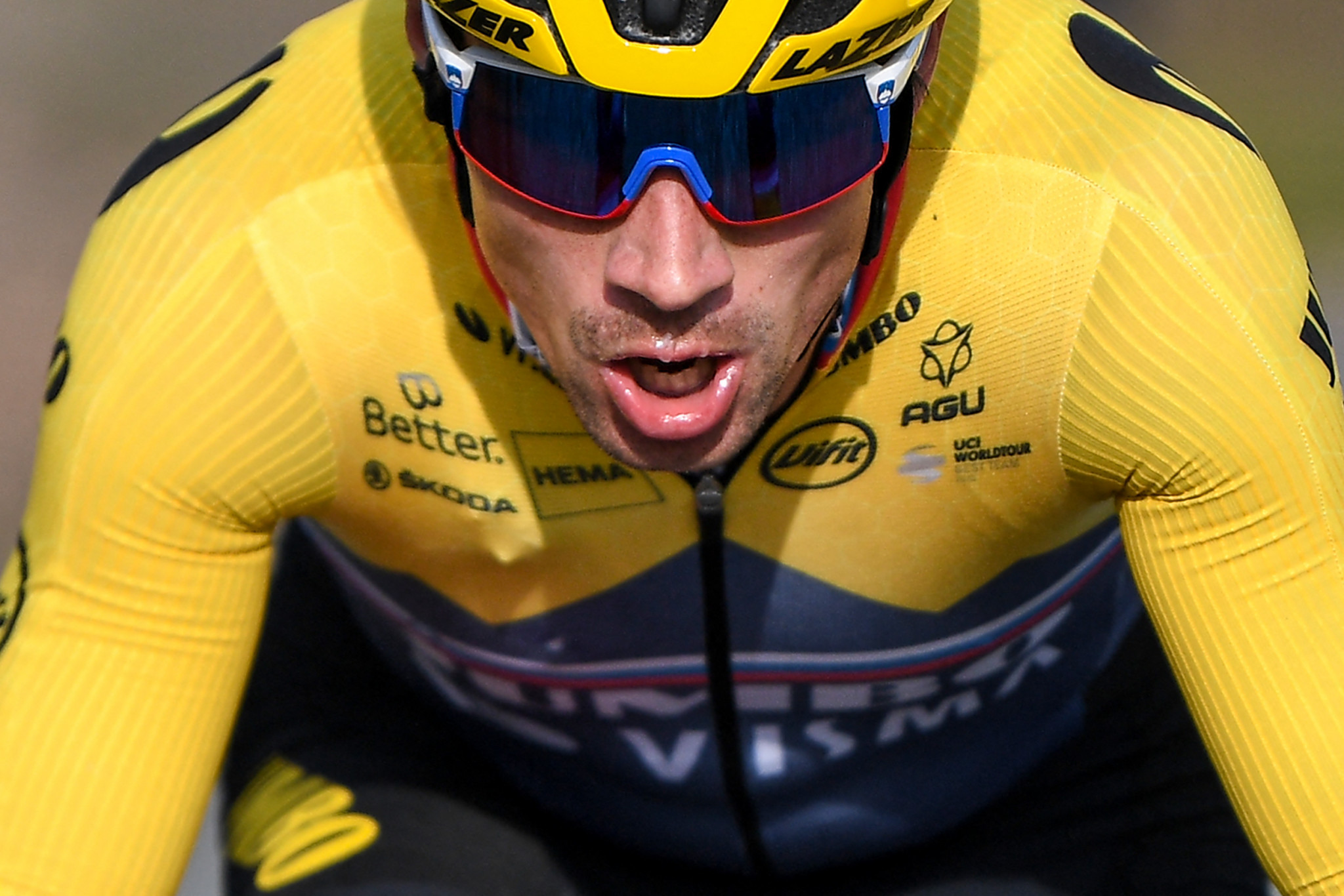 Slovenia’s Primož Roglič earned victory at the Tour of the Basque Country by forming part of a long-range breakaway to overturn his deficit to the race leader Brandon McNulty on the final stage.

McNulty held a 23-second advantage heading into the 111-kilometre mountain stage from Ondarroa to Arrate in Eibar.

A series of climbs offered an opportunity to attack the American race leader, with UAE Team Emirates seeking to defend McNulty’s position.

Roglič seized an opportunity to attack with 70km to race with a group able to distance McNulty and his team mate Tadej Pogačar, forcing them to chase.

The gap increased to more than 30 seconds to place Roglič in the virtual race lead, with McNulty’s challenge ending when he faltered on the Krabelin climb.

UAE Team Emirates sent Pogačar in pursuit of compatriot Roglič, but the Tour de France winner was unable to reignite his hopes to winning the overall title.

Carthy faded in the on the final kilometres, with Gaudu able to claim the stage victory in a time of 3 hours 5min 42sec.

Roglič ended second on the same time as the winner, with the Jumbo-Visma rider celebrating victory in the general classification.

Spain’s Alejandro Valverde led the chase group over the line at 35sec down, with Britain’s Adam Yates, Denmark’s Jonas Vingegaard and Pogačar on the same time.

Roglič finished top of the general classification by 52sec from second-placed Vingegaard.

It marked the two-time Vuelta a España winner’s first victory at a stage race this year, after crashes prevented him from winning Paris-Nice when leading heading into the final stage.