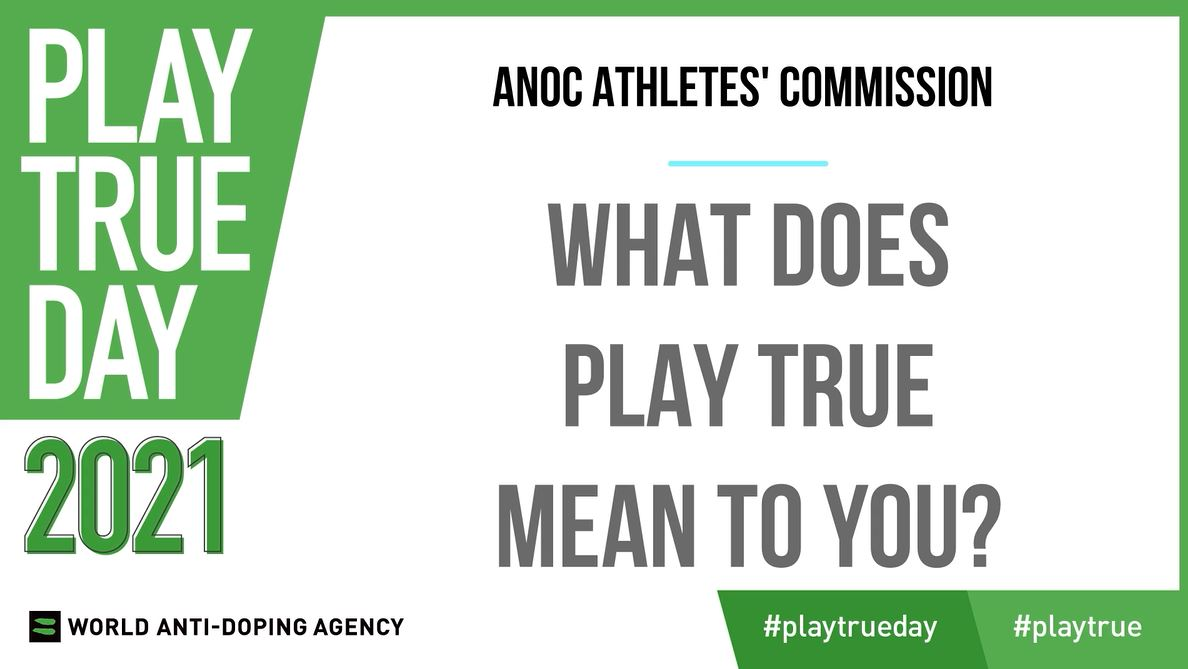 Play True Day was introduced by WADA in 2014 and promotes clean sport.

The initiative seeks to raise awareness among athletes, the sporting public and others about the importance of protecting clean sport.

WADA said the inspiration for the day stemmed from a WADA-hosted Education Conference in 2013, which was attended by 17 Latin American countries.

Play True Day is marked on April 9 each year.

ANOC Athletes' Commission chair Karo Lelai led a video produced by the group, outlining their support and thoughts on the day.

"On this Play True Day, I would like to encourage everyone to be true to themselves," said Lelai.

"Be a true competitor and compete to the best of your ability without taking performance enhancing drugs.

Estonia's Gerd Kanter, Kenya's Tegla Loroupe and Guyana's Aliann Pompey were among the ANOC Athletes' Commission members to contribute to the video.

"Second, respect to others.

"Third, if you really want to be proud of your achievements, you play true."

"I want you to run clean.