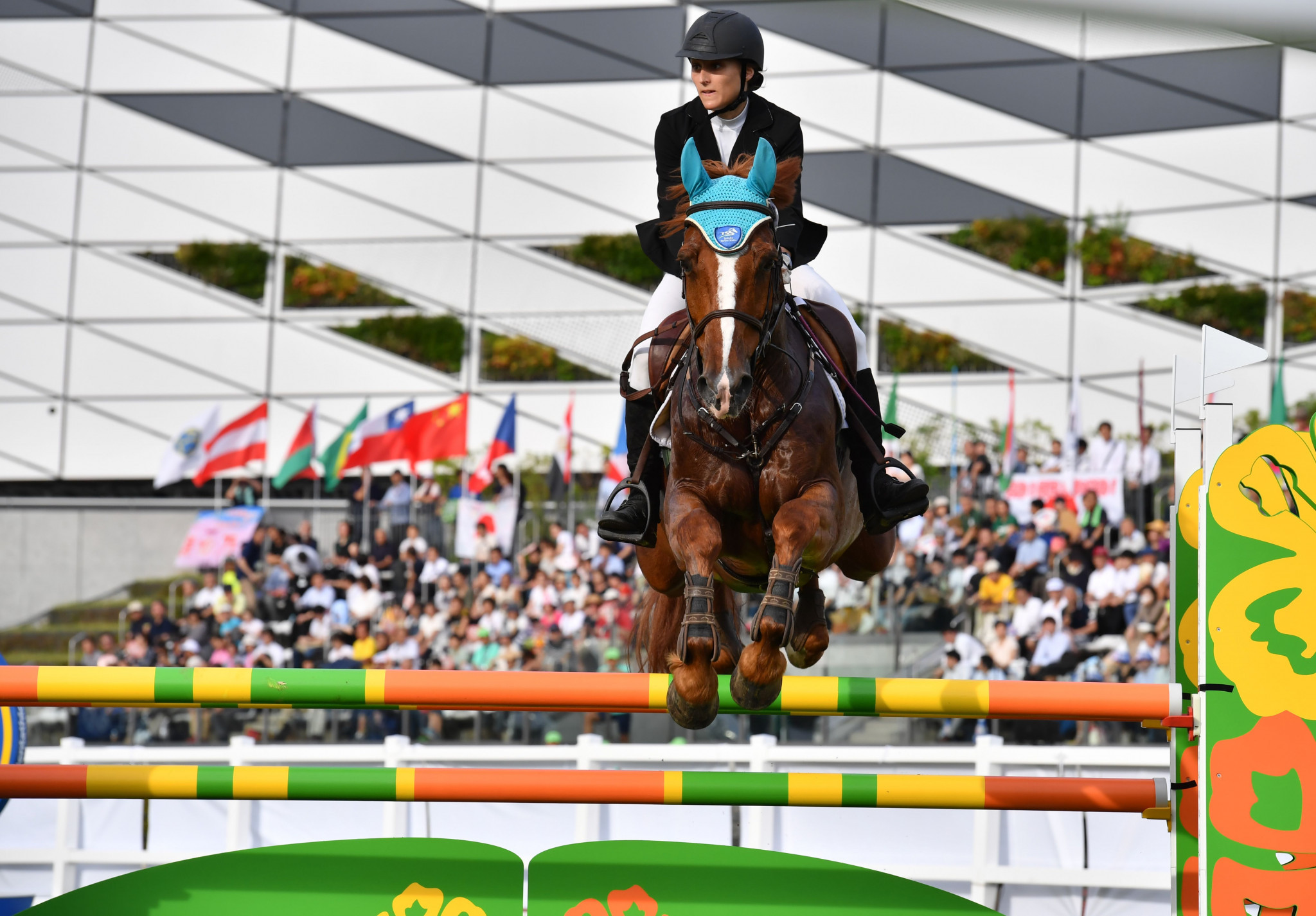 Oteiza clinched victory with a winning total of 1,367 points after finishing in the top 10 of the fencing, swimming, riding and laser-run events.

But the pair were unable to match Oteiza’s consistency over the next three events as the Frenchwoman finished fifth in swimming with 283, sixth in riding with 300 and ninth in laser-run in 553 to clinch the title, while French claimed silver on 1,360 and Maliszewska earned bronze on 1,348.

"I wasn't sure that I would finish first because Kate French was just behind me, and I was really stressed, but I couldn't be more happy than I am right now," said Oteiza.

"Next week will be a holiday for me, so I will be able to recover before the Pentathlon World Cup Final."

French’s performances in swimming and riding where she ranked 14th and 22nd respectively and cost her top spot, but she was happy to pick up the silver medal after coming second in fencing and third in laser-run.

"It's been quite a tough day, not easy, but I'm really pleased with second place.

"Marie is a very good athlete and it's always tough competition with her."

Maliszewska got off to a flying start when she topped the standings in fencing before finishing 27th in swimming.

The Pole bounced back in riding, where she came second, before sealing a podium place with a 12th placed finish in laser-run.

"I'm so happy because this is the first World Cup medal of my career and I'm 28 this year," said Maliszewska.

"At the first World Cup of the season in Budapest, I didn't qualify for the final for the first time - I finished 37th, so it's like going from hell to heaven."

The men’s final is scheduled to take place tomorrow before the event in Sofia concludes with a mixed relay on Sunday (April 11).