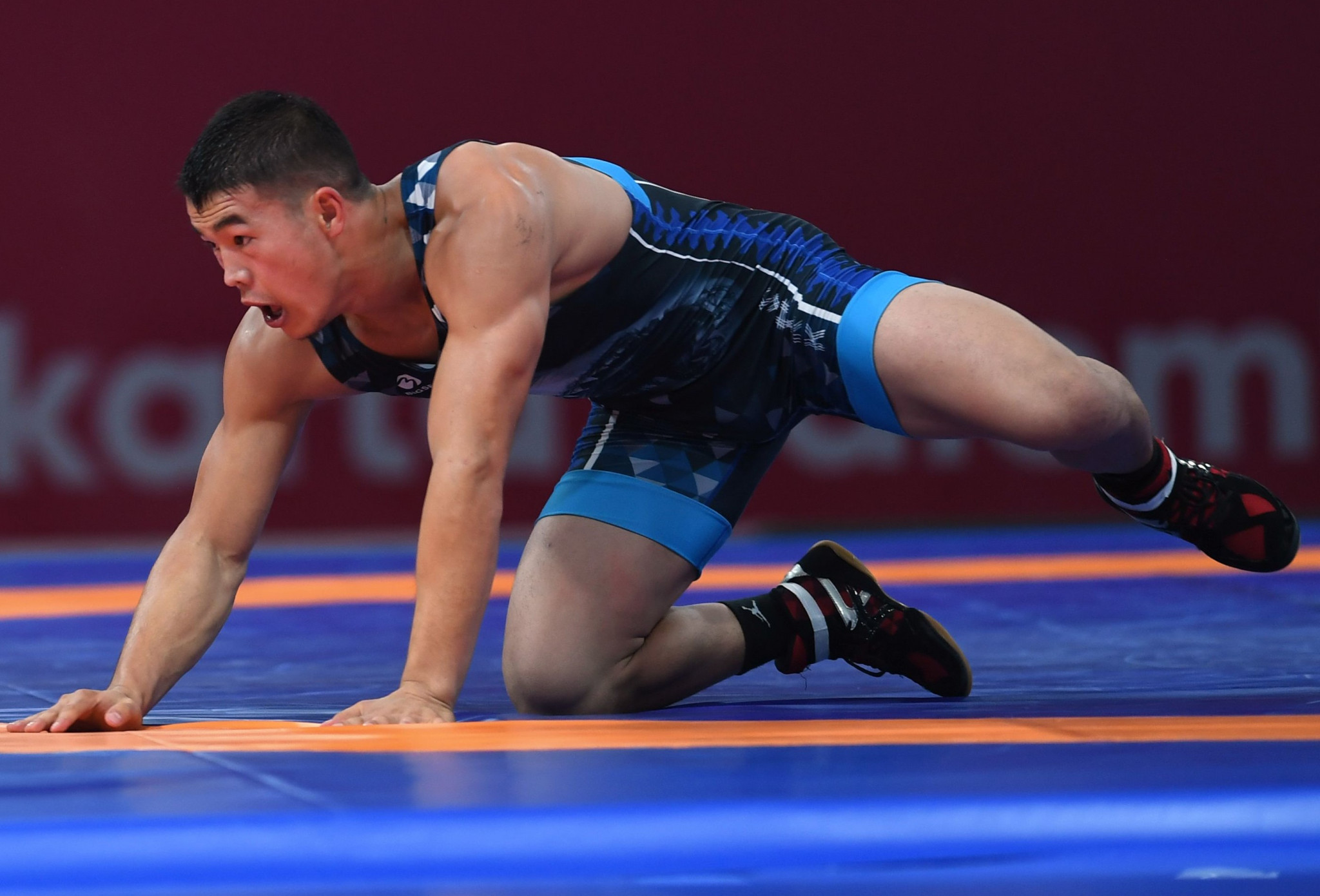 Three wrestlers from Kyrgyzstan booked spots at Tokyo 2020 on day one of the United World Wrestling Asian Olympic qualifier in Almaty.

With Greco-Roman competition taking place in Kazakhstan today, Kyrgyzstan secured three of the 12 berths on offer and won two of the six gold medals.

In the under-60-kilogram category, Zholaman Sharshenbekov defeated Walihan Sailike of China 4-3 in the final to earn one of Kyrgyzstan's two overall victories.

Walihan, by making the final, also booked a spot at Tokyo 2020.

Akzhol Makhmudov confirmed Kyrgzystan's second Olympic spot with an 8-2 semi-final win over India's Gurpreet Singh in the under-77kg, and was joined in the final by Japan's Shohei Yabiku, who won 6-2 against Zhang Hujun of China in his semi-final.

In the final, Makhmudov defeated Yabiku 7-3.

Iran's Asian champion Mohammad Hadi Saravi booked a spot in the final and Tokyo 2020 via a 10-2 victory over China's Chen Yanan, and then beat Dzhuzupbekov 10-0 in the final.

Mohammad Reza Geraei, who defeated India's Ashu 9-0 in the under-67kg semi-final to qualify for Tokyo 2020, was Iran's other victor today and defeated two-time world champion Ryu Han-su of South Korea 9-0 in the final.

Ryu qualified for the Games with an 8-0 victory over Uzbekistan's Aram Vardanyan.

Kazakhstan's Nursultan Tursynov made the division's final with a 9-5 win over Kumar Sunil of India and Tursynov was awarded the win in the final via walkover.

Lastly, 2018 Asian Games champion Muminjon Abdullaev secured qualification for the Olympics in the under-130kg after a 9-0 victory over China's Meng Lingzhe.

South Korean Kim Min-seok confirmed his spot at the Olympics with a 7-1 semi-final win over India's Naveen, but did not contest a final against the Uzbek.

Twelve women's freestyle wrestlers are expected to qualify for the Tokyo 2020 Olympics at the Baluan Sholak Sports Palace tomorrow.