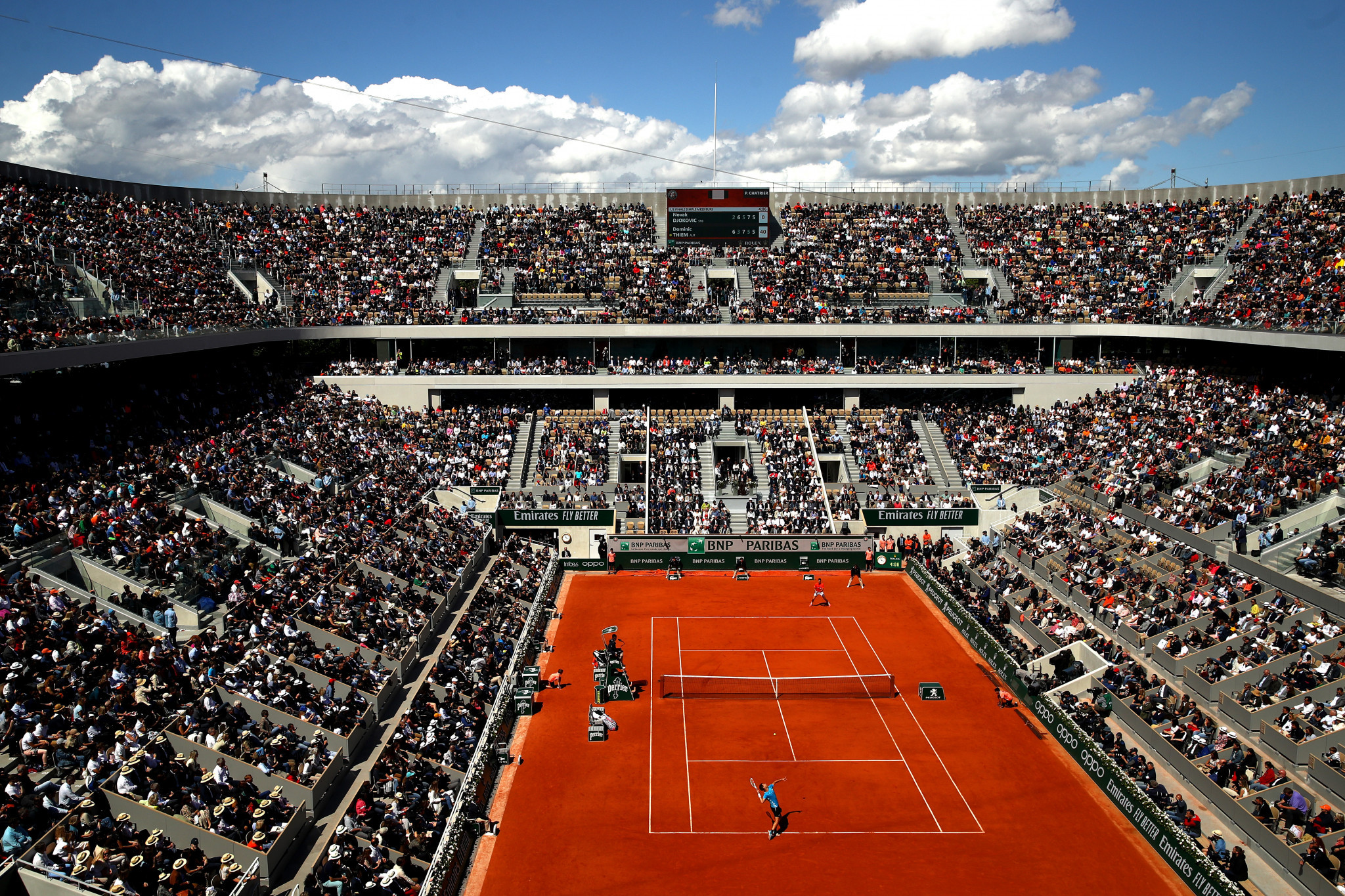 The French Open has been pushed back by a week in a bid to ensure as many fans as possible can attend, organisers have confirmed.

New dates of between May 30 and June 13 have been set for the clay court Grand Slam at Roland-Garros in Paris, which officials said was the "best solution".

It comes after French President Emmanuel Macron announced plans on March 31 to resume cultural and sporting events from mid-May onwards, amid coronavirus restrictions.

France is currently battling against a third wave of COVID-19 cases which has led to the country again locking down.

The French Tennis Federation (FFT) said that "every week is important and can make a difference" when working to ensure supporters can watch the action.

Both the Association of Tennis Professionals (ATP) and the Women's Tennis Association (WTA) welcomed the move.

"I am delighted that the discussions with the public authorities, the governing bodies of international tennis, our partners and broadcasters, and the ongoing work with the WTA and ATP, have made it possible for us to postpone the 2021 Roland-Garros tournament by a week," said FFT President Gilles Moretton.

"I thank them for this.

"It will give the health situation more time to improve and should optimise our chances of welcoming spectators at Roland-Garros, into our newly-transformed stadium that now covers more than 30 acres.

"For the fans, the players and the atmosphere, the presence of spectators is vital for our tournament, the spring's most important international sporting event."

The French Open, the second Grand Slam of the year, was due to run from May 23 to June 6.

New qualifying round dates of between May 24 and 28 have also been set, before the main draw begins with its traditional Sunday start.

"Tennis has required an agile approach to the calendar over the past 12 months in order to manage the challenges of the pandemic, and this continues to be the case," a joint statement from the ATP and WTA said.

"The decision to delay the start of Roland-Garros by one week has been made in the context of recently heightened COVID-19 restrictions in France, with the additional time improving the likelihood of enhanced conditions and ability to welcome fans at the event.

"Both the ATP and WTA are working in consultation with all parties impacted by the postponement to optimise the calendar for players, tournaments and fans, in the lead up to and following Roland-Garros.

"Further updates will be communicated in due course."

Last year's French Open took place in September and October after being moved from its usual spring slot as a result of coronavirus.

A limited number of fans were allowed to attend matches.

The first Grand Slam of the year - the Australian Open in Melbourne - went ahead in February but was beset by COVID related problems including a strict hotel quarantine which was criticised by many players.

"These remain extremely challenging times for communities around the world and, while there is optimism for the future, it is clear that this pandemic is very much still with us," said Ugo Valensi, executive director of the Grand Slam Board.

"The Grand Slams represent the most significant spotlights for our sport and so we will do everything possible to ensure they can be staged successfully.

"Further to consultation, the decision by the FFT to postpone Roland-Garros by a week in order to enhance the likelihood of the tournament taking place successfully is therefore fully supported by the Grand Slam Board."