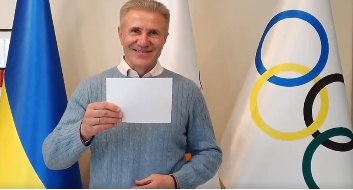 IDSDP has been marked on April 6 each year since 2014, having been established by the United Nations (UN) to recognise the power of sport to foster social inclusion and peace.

The event has the backing of the International Olympic Committee (IOC) and April 6 was chosen as that was the first day of the first Olympic Games of modern times, held in Athens in 1896.

The IJF marked IDSDP this year by creating a portal for the judo community to upload images with a white card.

A white card is viewed as a gesture of inclusion, equality and peace, and people are encouraged to raise a white card on IDSDP to promote these values.

"There has been a huge growth of girls showing interest in surfing in the Maldives. Despite the challenges girls face in surfing in Maldives, these girls are determined to become the new generation of surfers.”

Judoka including French Olympic medallists Gévrise Émane and Clarisse Agbegnenou have submitted photos supporting the campaign, which is run by Peace and Sport.

Joël Bouzou, Peace and Sport's President and founder and a team modern pentathlon medallist with France at the Los Angeles 1984 Olympics, described IDSDP as "a propitious day to send a strong message of global solidarity and reinforce our bonds with each other in an indissoluble way through sport".

The ISU said it was proud to support IDSDP for the fourth year in a row and shared images of athletes including Sofia Prosvirnova of Russia - five times a European champion - holding the white card.

World Rugby highlighted development and community projects taking place across the globe to mark IDSDP, including the work of the Kolisi Foundation and Italy prop Maxime Mbanda's volunteering with the Yellow Cross during the coronavirus pandemic.

COVID-19 and the role of sport in the global recovery from the pandemic is among the main themes of IDSDP this year.

"As vaccines spread hope and spectators begin to return to arenas, the world of sport has crucial contributions to make in forging a safe and sustainable recovery," wrote UN secretary general António Guterres in his message for the day.

"The United Nations looks forward to continuing to work with sportspeople and organizations around the world to advance climate action and to promote peace, human rights and sustainable development.

"We will play and cheer again when everyone is safe from the pandemic."

"We just tried to help save more people as possible" 💙@MaximeMbanda reflects on the incredible work he helped carry out as part of the Italian Yellow Cross#IDSDP | #IDSDP21 pic.twitter.com/L4Imjh8uAq

Images of surfers from across the world holding up a white card, along with messages of what the sport means to them, were shared by the International Surfing Association.

An IOC video published to mark IDSDP featured President Thomas Bach extolling the virtues of solidarity and highlighting how the pandemic had shown the value sport offers to society.

Fiji Association of Sports and National Olympic Committee President Makarita Leona, Yiech Pur Biel - who represented the Refugee Olympic Team at Rio 2016 - and former UN secretary general Ban Ki-moon also appear in the video, which looks at IDSDP and IOC projects that promote values such as inclusion, equality and peace.