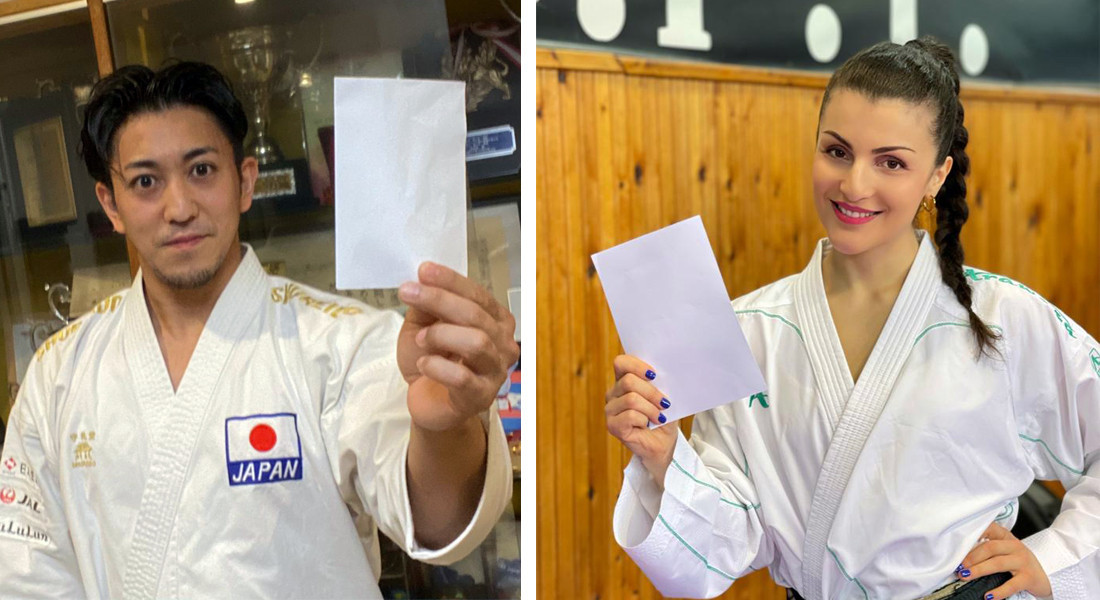 IDSDP was established by the United Nations to recognise the power of sport to foster social inclusion and peace, and has been marked on April 6 each year since 2014.

The white card is viewed as a gesture of inclusion, equality and peace, and people are encouraged to raise a white card on IDSDP to promote these values.

The WKF Athletes' Commission heard that call this year.

Douglas Brose of Brazil, Antonio Díaz of Venezuela, Ryo Kiyuna of Japan and Vassiliki Panetsidou of Greece all posted pictures with their white card.

Davide Benetello of Italy, who chairs the Athletes' Commission and is a WKF Executive Committee member, led the effort and hailed karate's close ties with the values championed by IDSDP.

"Karate may be a fight sport but we are constantly sending the message that respect and friendship are among our strongest values," said Benetello.

"This is evidenced by the 'Rei', or bow, that we always do before and after each bout and by the fact that we always embrace our opponent once that fight is over.

"This season is extremely important for the karate world since we are heading towards our debut at the Olympic Games, and we have our World Championships later this year.

"It is our goal to spread a message of peace around the world and for that, we have all the members of the Athletes' Commission who represent so many different countries and different continents actively involved in this mission."