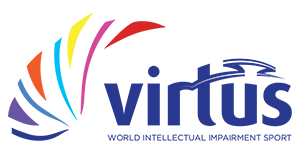 Former Michigan senator Ian Conyers has joined the Governing Board of Virtus as a co-opted member.

The 32-year-old sat as a Democrat in the Michigan Senate between 2016 and 2019, and has been involved with inclusive sport through the Virtus Americas region.

He already serves as a Board member of both Athletes Without Limits and the Big Brother Big Sister Metro Detroit organisation, and will now join the governing body previously known as the International Sports Federation for Persons with Intellectual Disability.

"I look forward to the opportunity to increase awareness and connectivity of the Virtus mission to the stakeholders around the world," said Conyers, who enjoys running and skiing.

"There is no greater time to innovate inclusively than now, as we head towards our next national and regional events, and towards the 2023 Virtus Global Games in Vichy, France."

Virtus said that Conyers would bring "significant expertise having spent his career at the intersection of community technology, policy and social change in both public and private sectors".