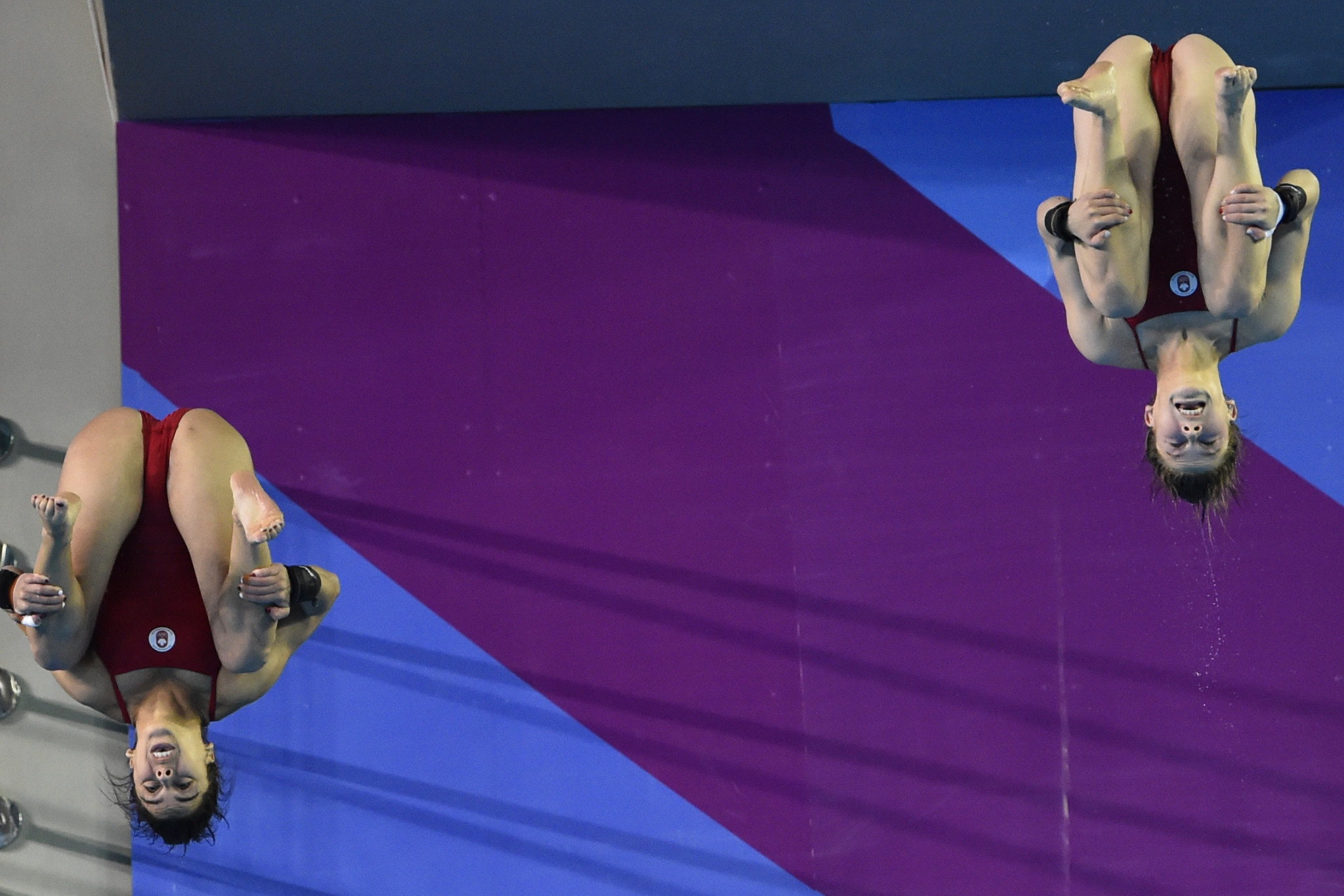 It was reported last week that the International Swimming Federation (FINA) would be cancelling the Diving World Cup planned for between April 18 and 23 at the Tokyo Aquatics Centre.

BBC Sport said it had seen a letter where FINA accused the Japanese Government of not taking "all the necessary measures to ensure successful and fair" competition.

FINA's website now lists the event as off, as well as the artistic swimming test event between May 1 and 4.

NHK has reported that the water polo event this weekend has additionally been cancelled.

Both the diving and artistic swimming test events were set to double up as Olympic qualifiers.

The Diving World Cup would have awarded four spots in each synchronised diving discipline, as well as up to 18 spots in individual disciplines.

This weekend's water polo event was only scheduled to include Japanese athletes, but will be cancelled as overseas officials are unable to come to Japan due to the strict countermeasures in place by the Government, according to NHK.

A spokesperson for Tokyo 2020 did not comment on the reported cancellation of the water polo event.

The three events were set to be among the first test events of 2021, after Tokyo 2020 had to cancel last year's tests due to the COVID-19 pandemic.

Japan has recently been hit by another wave of COVID-19 infections - reaching more than 2,700 daily cases which is the highest since early February.

However, the daily death rate has been below 50 for a few days now, compared to more than 100 a day in early February.

Organisers were initially planning 18 test events in April and May, starting with wheelchair rugby which was held on April 3 and 4.

FINA also cancelled a non-test event, the Olympic marathon swim qualifier, which was set to take place in Fukuoka in May.

On Sunday (April 4) Yasuo Mori, a senior Tokyo 2020 official, said FINA intended to cancel the events, but no announcement has been made yet by the governing body on what solutions can be found, particularly for the qualifiers.

Talks between Tokyo 2020 and FINA are expected to be held on the matter.