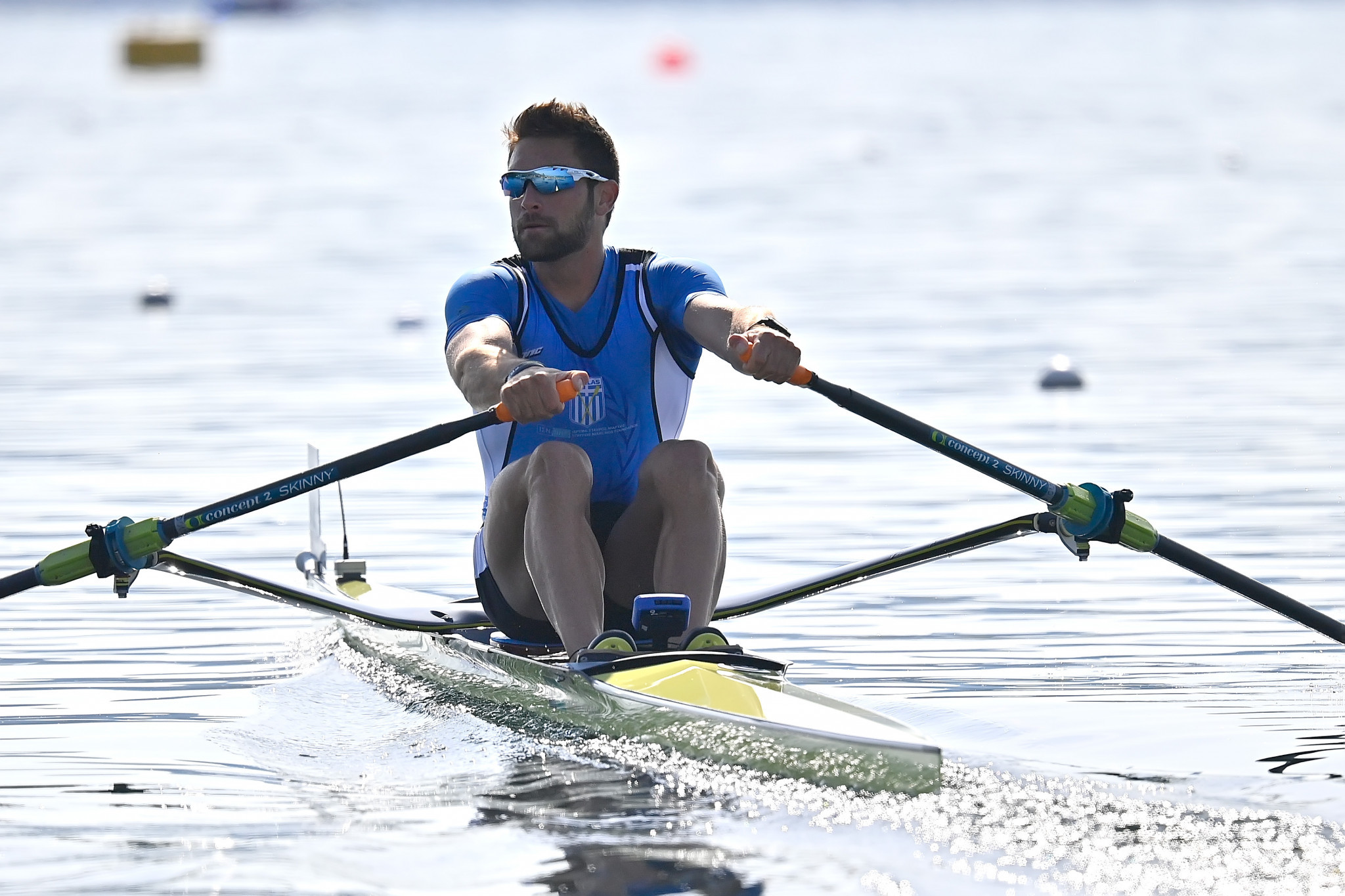 Greece’s Stefanos Ntouskos negotiated his opening heat at the World Rowing European Olympic and Paralympic Qualification Regatta to keep his Tokyo 2020 hopes on track in Varese.

The men's single sculls has the largest field at the qualifier with 16 nations represented, with rowers targeting one of three Tokyo 2020 berths available.

Ntouskos, who competed at the Rio 2016 Olympic Games in the lightweight coxless four, was the top ranked athlete heading into the competition.

He won his opening heat in a time of 6min 52.84sec to book his place in the semi-final stage of the qualifier.

Hungary’s Bendeguz Petervari-Molnar had won the opening heat with Robert Ven of Finland and Sweden’s Anders Backeus securing the other places in the semi-finals.

The women’s single sculls competition saw only the heat winners advance directly to the finals.

Greece’s Anneta Kyridou saw off the challenge of Serbia’s Jovana Arsic to claim the first spot in the final, while Russia’s Hanna Prakhatsen comfortably led the second heat.

All six crews in the women’s lightweight double sculls were assured of places in the final after Ukraine withdrew from the event.

Greece’s Zoi Fitsiou and Evangelia Anastasiadou will head into the final with a boast after winning the race to determine the lane draw for the final.

Two Olympic berths will be on offer in the final.

Portugal’s Pedro Fraga and Afonso Costa won the first men’s lightweight doubles sculls heat to earn a place in the final, with Austria taking the second spot from the heat.

Crews from Ukraine and Greece finished in the top two in the second heat to automatically advance to the final.

The pair will meet again in the Paralympic class to determine who secures a Tokyo 2020 place.

Four athletes participated in the men’s race to determine positions for the final, with Spain’s Javier Reja Munoz topping the standings.

Racing was due to continue tomorrow at the Italian venue, but has been called off due to extremely high winds being forecast.