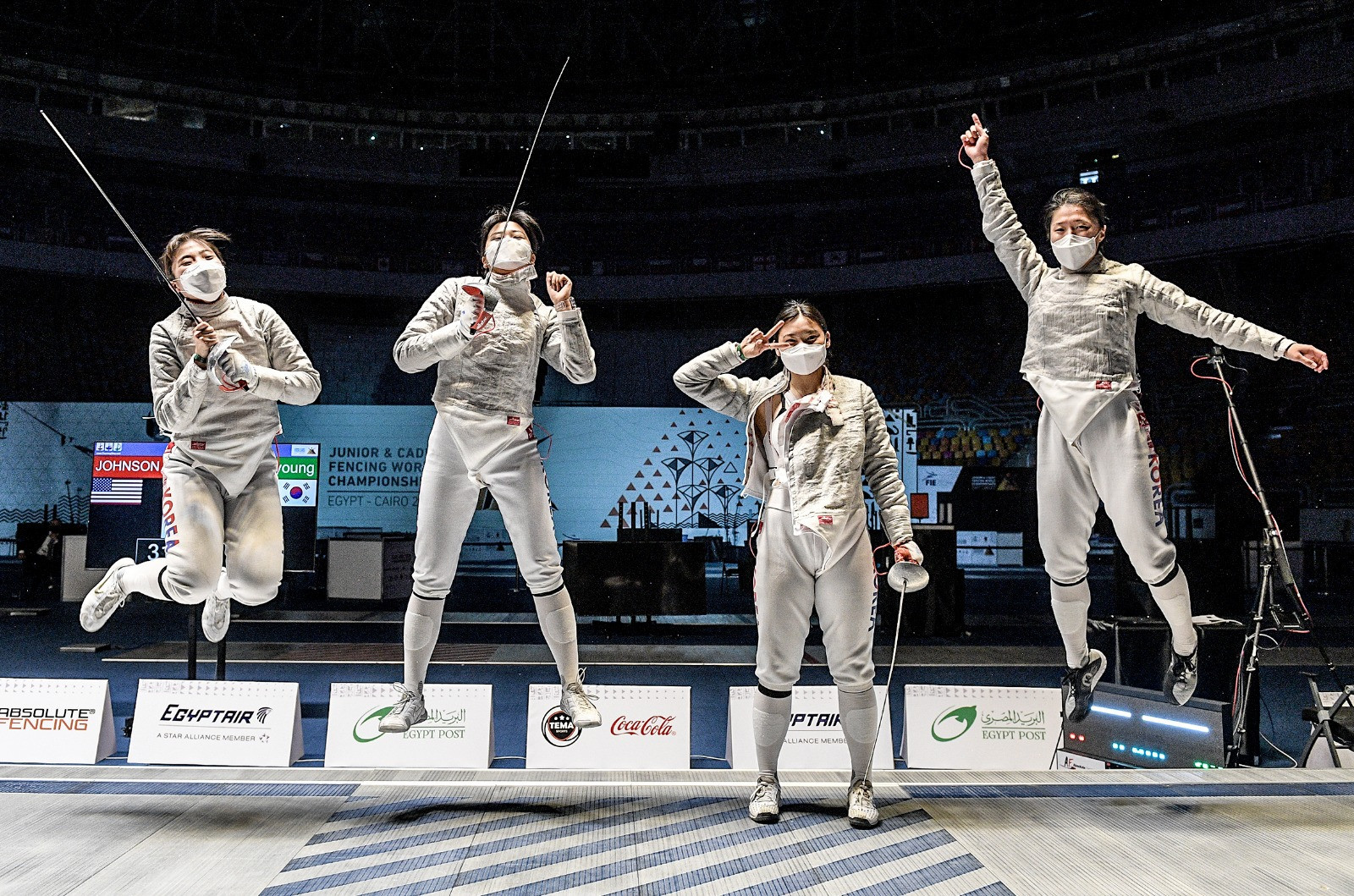 In the women's event, eighth seeds South Korea started with a comfortable 45-32 victory over Poland in the last 16, before upsetting top seeds Russia 45-40 in the quarter-finals.

The quartet of Jang Boryeon, Jeon Hayoung, Lee Jueun and Park Jumee made the final after defeating fourth seeds Turkey 45-39.

In the final, South Korea met third seeds the United States, who defeated sixth seeds Ukraine 45-32 in the quarter-finals and 10th seeds Romania 45-42 in the semi-finals.

South Korea thumped the US quartet of Alexis Anglade, Atara Greenbaum, Honor Johnson and Zoe Kim 45-31 to claim the gold.

Romania claimed the team bronze after a 45-40 playoff victory over Turkey.

In the men's event, fifth seed Egypt defeated 12th seeds Hong Kong 45-32 in the last 16, and made the final four after a 45-37 quarter-final win over fourth seed of Poland.

Egypt then defeated the United States' 45-31 to make the final.

On the other side of the bracket, third seeds Russia defeated sixth seeds Ukraine 45-41 in the quarter-final, and seventh seeds France 45-42 in the semi-finals.

France defeated the US 45-41 to win the bronze medal.