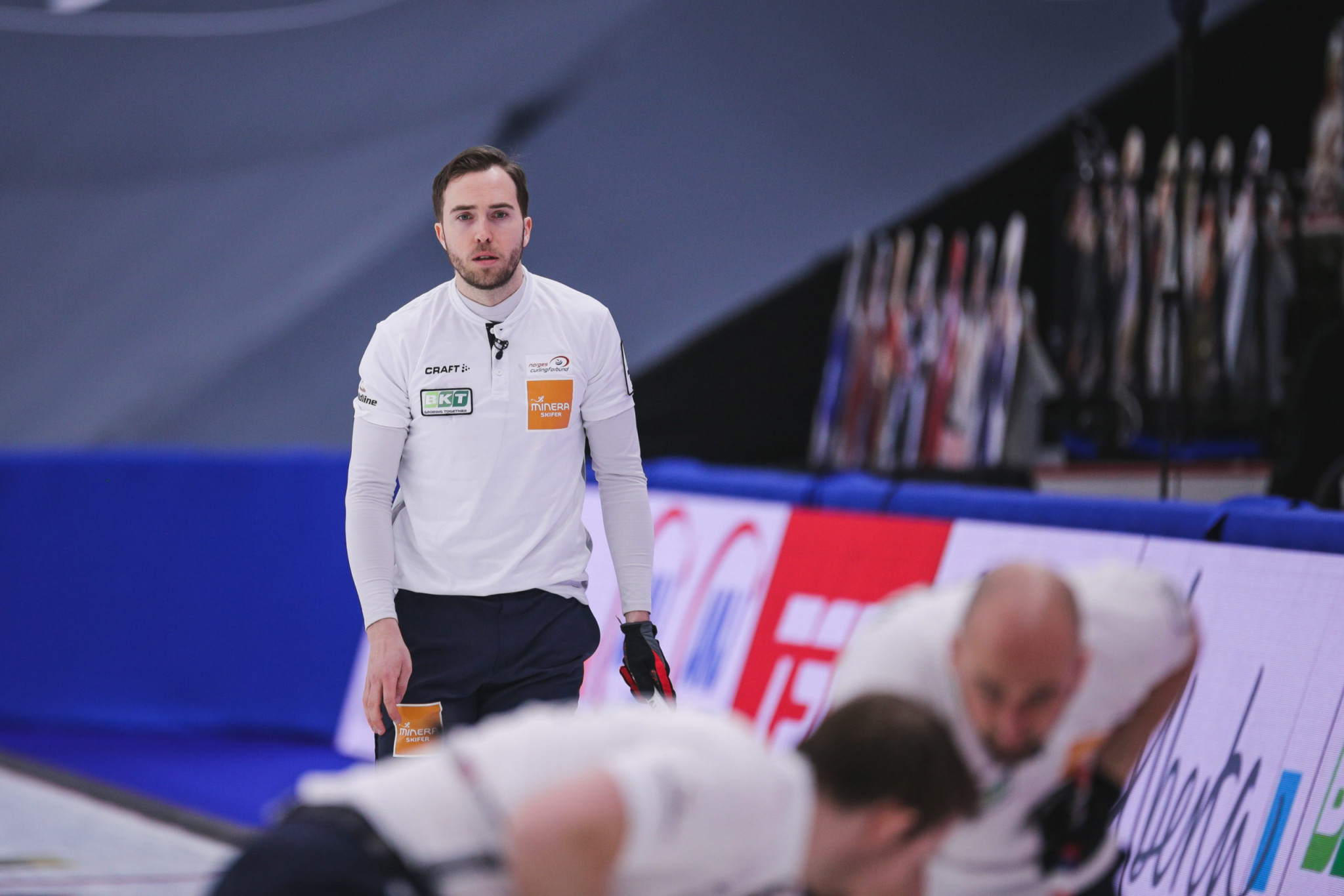 Steffen Walstad's Norway are now the only team to remain undefeated after three days of competition at the World Men's Curling Championship in Calgary.

Walstad's rink notched up their fifth win in a row thanks to a dramatic 9-8 victory over reigning champions Sweden, skipped by Niklas Edin.

With plenty of high-scoring ends, the momentum swung in both teams' favour at the Markin MacPhail Centre.

It looked like Edin would stop Norway's unbeaten streak after scoring three in the eighth end to take an 8-6 lead, but he came unstuck.

After blanking the ninth, Norway pulled off an impressive move for three, giving them the lead back and shocking the world champions.

Five teams now sit behind them on a record of 4-1, with three teams losing their winning streak.

Sergey Glukhov's Russian Curling Federation lost a tight match against Edin's Sweden in the extra end, with the favourites winning 8-7.

Taking full advantage of a miss from Sweden 🇸🇪 Steffen Walstad 🇳🇴 is given a free draw into the house for a score of three and the win! 😲

In the final draw of the day, Glukhov's side - playing neutrally because of the doping sanctions against Russia - bounced back with a 6-4 win over Sixten Totzek's Germany, who are yet to win in the tournament.

However, De Cruz won a crucial match against the hosts, scoring two without the hammer in an extra end to defeat Brendan Bottcher's Canadian rink 6-4.

This was Bottcher's first defeat of the competition, but they later bounced back with a 7-6 win over Jaap van Dorp's The Netherlands.

Bruce Mouat's Scotland are also on a 4-1 record, having thumped China 10-1.

Jeong Yeong-seok's South Korea won their first match of the Championship at the end of the day with a 5-4 win over The Netherlands.