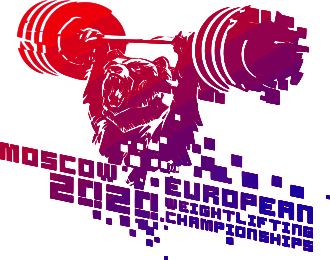 Bulgaria’s Angel Rusev won the men’s under 55 kilogram competition on the second day of the European Weightlifting Championships in Moscow.

Rusev looked to add to the two titles won by Nadezhda Nguen in the women’s 45kg event yesterday, marking her successful return from a doping ban.

The Bulgarian finished third in the snatch discipline on 111kg, with Moldova’s Daniel Lungu and Turkey’s Muammer Sahin leading the way on 113kg and 112kg, respectively.

Rusev dominated the clean and jerk event at the Palace of Gymnastics in Moscow, lifting 147kg.

A combined total of 258kg gave Rusev victory in the overall event, with Iancu finishing 10kg down in second place.

Voronovskyi was a further kilogram back on 247kg to win bronze.

Ukraine’s Kamila Konotop was a dominant winner in the women’s under-55kg event, topping the standings in both the snatch and the clean and jerk disciplines.

Albania’s Evagjelia Veli won bronze with a lift of 89kg.

The clean and jerk event saw Konotop lift 113kg, with Russia’s Svetlana Ershova forced to settle for second in front of a home crowd on 112kg.

The overall standings were led by Konotop with a total of 208kg.

Ershova and Belgium’s Nina Sterckx rounded off the podium positions on 200kg and 197kg respectively.

In the men’s under-61kg final there was more Bulgarian success as gold went to Stilyan Grozdev with a total score of 296kg.

Silver went to Shota Mishvelidze of Georgia with a total score of 290kg, which included the second best lift in the snatch - 135kg.

The bronze medal went to Ferdi Hardal of Turkey with a total score of 287kg, as he finished fourth in both the snatch and clean and jerk.