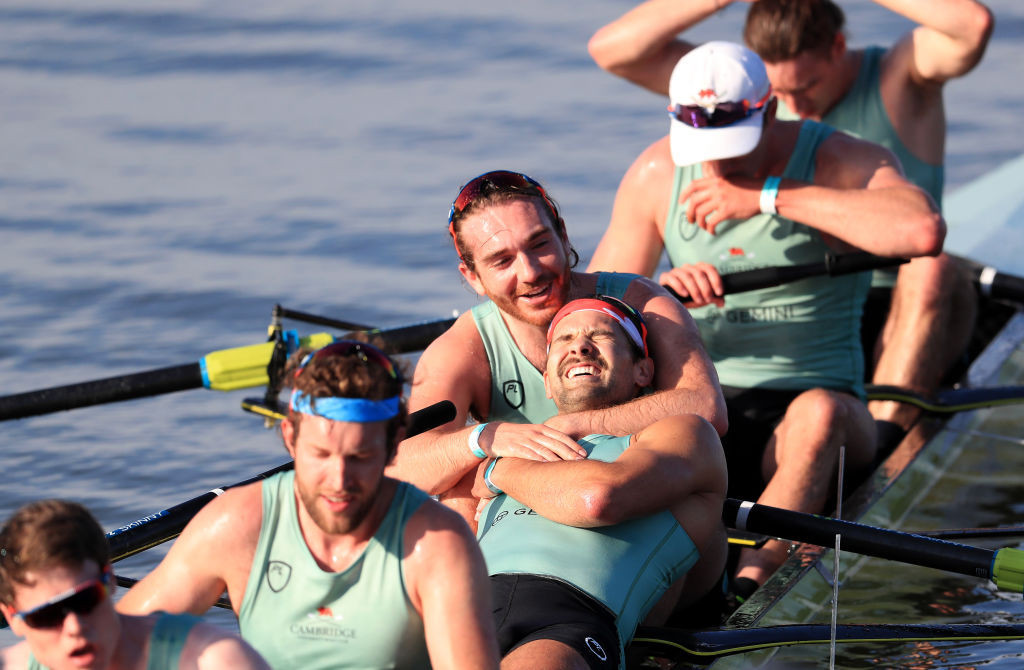 Cambridge bucked the odds to earn a third consecutive victory over Oxford in the 166th men's Boat Race staged on their "home" waters of the Great Ouse river at Ely - the first time the event had been staged outside London since 1944.

That completed a Light Blue double on the day following Cambridge’s fourth consecutive victory in the 75th women’s race.

Following the cancellation of last year’s races on the traditional River Thames course from Putney to Mortlake due to the pandemic, the bold decision to shift the event to the same river that held the unofficial race during wartime, and the hard graft of crews who had trained in isolation, was repaid with two exciting races that saw victory being earned by approximately one length.

There was an extra element of history given that the men’s race had its first female umpire in Sarah Winckless - a double sculls bronze medallist at the 2004 Athens Olympics and a double world champion.

This graduate of Fitzwilliam College, Cambridge had her work cut out early on as she had to give several warnings for veering over to a Light Blue boat that took a smoothly assured lead in the opening minute that was never lost.

Such was the effectiveness of the Cambridge start that within the first two minutes the crew almost had the opportunity to move across - but Oxford, winners of that unofficial race in 1944, never quite let them get a length clear.

Having negotiated a large clump of floating weed without obvious difficulty, Oxford managed to reduce the gap to half a length at the midway point - but that proved their high water mark.

There was nothing the Dark Blue crew could do to prevent the "home" crew maintaining a narrow but comfortable lead to the finish at Victoria Street Bridge.

The women’s race also saw repeated early warnings from the umpire, but in this case it was to the Oxford crew for veering over to the west bank of the straight river course, too close to the Cambridge boat.

Oxford took the lead at the halfway mark, but Cambridge regained control to win.

All surrounding roads and pathways were closed during the event as organisers instructed people to stay away, with spectators prohibited due to the COVID-19 pandemic.

Cambridge has now won the men’s race on 85 occasions to date with Oxford winning 80 - and Cambridge now has 45 wins to Oxford’s 30 in the women’s competition.