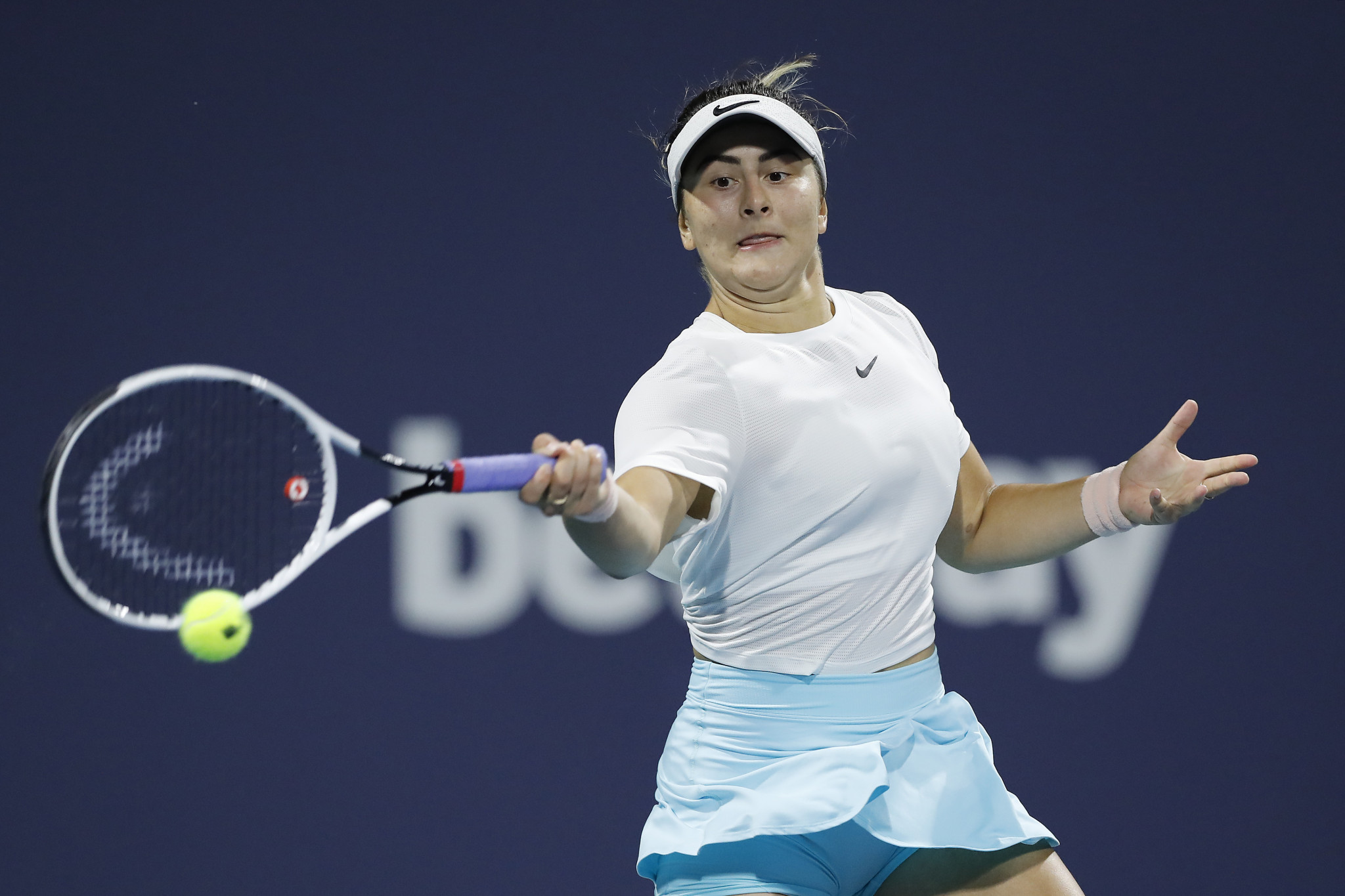 Bianca Andreescu is set to play her first final since winning the 2019 US Open after overcoming Maria Sakkari in a pulsating semi-final at the Miami Open.

The Canadian, playing in only her third tournament back after missing the entire 2020 season due to a knee injury and the coronavirus pandemic, was forced to dig deep in a three-set thriller before prevailing at 1:35am local time.

It was Andreescu’s fourth successive three-set victory as she set up a meeting with world number one Ashleigh Barty of Australia in the final of the Women’s Tennis Association 1000 event on Saturday (April 3).

"Against [Sakkari], I had no choice but to run for everything that I could and just fight until the end because that's what she was doing - she was really taking control of the points a lot of the time," said Andreescu.

"It was really tough, I'm not going to lie.

"I'm just super happy that I pulled through."

Barty remains on track to defend her title in Florida after producing a comprehensive display to down Ukraine’s fifth seed Elina Svitolina 6-3, 6-3.

The Australian is now set to meet Andreescu for the first time.

"I haven't played her before, haven't hit with her," Barty said.

"But she's proven time and time again that she loves the big matches, loves the big tournaments, and has the game and the physicality to win them."

Greece’s Stefanos Tsitsipas looked on course to reach the semi-finals of the Association of Tennis Professionals (ATP) Masters 1000 tournament as he led 6-2, 2-0.

But Poland’s Hubert Hurkacz produced a stirring fightback and claimed a stunning 2-6, 6-3, 6-4 victory.

"It is so big [to be in my first Masters 1000 semi-final], especially in front of the crowd here in Miami," said Hurkacz.

"It is a super big win for me and I can’t wait for the next match."