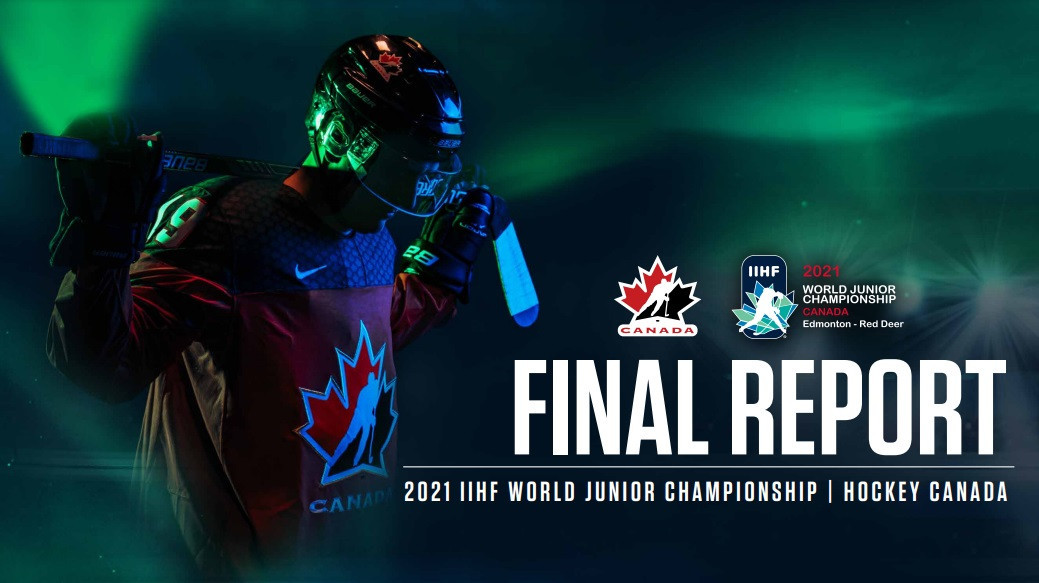 The "Final Report" has been published by Hockey Canada and the IIHF which highlights some key statistics from the tournament which ran from December 25 2020 to January 5 2021.

Matches were held behind closed doors in a bio-secure bubble at Rogers Place in Edmonton to allow competition to be staged during the global health crisis.

With fans not allowed into the venue, the report said more than 100 million viewers worldwide tuned in to watch the Championships which was broadcast in a record 12 countries.

Across all the games, Canadian television audiences averaged 1.1 million viewers while close to 20 million tuned in on average internationally per live game, according to the report.

It also claims this year’s event was the most-watched since 2015 with 13.5 million unique Canadian viewers - 36 per cent of Canada’s population - watching on host broadcaster TSN Sports.

The quarter-final clash between Russia and Germany is said to have peaked at 15 million viewers on Russia’s Channel One.

A statement signed by Hockey Canada and included within the report read: "The 2021 IIHF World Junior Championship has left an indelible mark on the hockey world - it had an impact on social media, web and television, allowing the event to reach fans not only across Canada but around the world as the first major international sporting event hosted under the constraints of the pandemic.

"The combined efforts of so many have shown once again how hockey can unite our country like nothing else, and the memories created will last a lifetime.

"A special note of thanks to the International Ice Hockey Federation for its unwavering support, and to the competing federations that were committed and compliant to the guidelines put forth.

"We look forward to the opportunity to build upon our successes when the World Juniors return in 2022, in front of what we hope will be capacity crowds in Edmonton and Red Deer."

Teams from Germany and Sweden registered five and two COVID-19 cases, respectively, shortly before competition was due to start.

The IIHF was forced to cut the schedule of exhibition games before the tournament from 10 matches to four.

There were no further positive cases at the event, which concluded with a 2-0 victory for the United States over the hosts on January 5.

According to the report, 10,476 COVID-19 tests were carried out on players, team staff, officials, media and volunteers from December 13 to January 4.