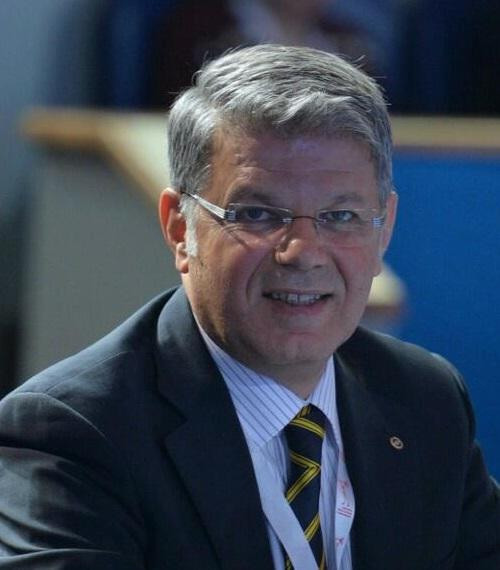 Hasan Akkus is the new President of the European Weightlifting Federation (EWF) after winning today's election ahead of his lone rival, Antonio Conflitti of Moldova.

The third candidate, Maxim Agapitov of Russia, who sits on the Executive Board of the International Weightlifting Federation (IWF), withdrew his candidacy shortly before voting began.

Agapitov gave a strongly worded speech in Russian in which he apparently declared that he would stand again at the next election when he would be "the strongest candidate."

He was a clear winner of the vote for first vice-president, the most senior role after Akkus.

Akkus, a 58-year-old academic, has been general secretary of the EWF for nine years and was President of the Turkish Weightlifting Federation from 2004 to 2013.

In his pre-election campaign, Akkus highlighted the need for change within the EWF.

He said he would try to get weightlifting on to the programme of the European Games, pay technical officials for the work they do, improve communications within the EWF and look at improvements to competition formats to suit the needs of modern media.

Akkus’s replacement as general secretary is Milan Mihajlovic of Serbia, who defeated his only rival Astrit Hasani of Kosovo.

The two both had 20 votes in the first round of voting, and Mihajlovic won after a second vote.

Hasani was then a clear winner for the role of treasurer, which he retained with 37 votes.

There are new faces among the three vice-presidents - Patrick Fassott of Germany, David Kipshidze of Georgia, and the Executive Board member Tina Beiter of Denmark.

The outgoing President Antonio Urso of Italy, who served the maximum three terms, was appointed Honorary President of the EWF.

In a speech that was warmly received, Urso said he was happy with the progress made by European weightlifting during his three terms, but had faced a constant struggle in trying to counter corruption within the sport.

He said the evidence of corruption set out in the McLaren Report, which was published last June, was damning but that the damage was far worse than the report revealed.

A second part of the McLaren Report remains unpublished, as its findings were deemed not sufficiently robust to withstand legal challenges, as there had not been enough time to investigate more thoroughly.

"You have read only the public report and not the private one," Urso told delegates in Moscow, where the European Championships are being staged from this weekend - the first ‘live’ Olympic qualifying competition for more than a year.

"I was lucky, or maybe not, to read the private report and I assure you that it is devastating for the wealth of details on a system in which doping was only part of a devastating organisation in every aspect.

"It’s amazing - we are talking about a criminal society.

"I think in the end it was good not to have published it, at least for public opinion.

"I think it is necessary now to cover with a big stone this bad story and understand what to build for the future.

"This bad story, however, must never be forgotten otherwise we risk repeating the same mistake again in the future.

"We need to have a new image internationally, a new credibility with the IOC and, in particular a new one with our athletes especially among the clean ones, otherwise we will all have failed once again."

The election was hybrid, with 12 votes cast remotely and the rest in Moscow, where the European Championships begin at the weekend.