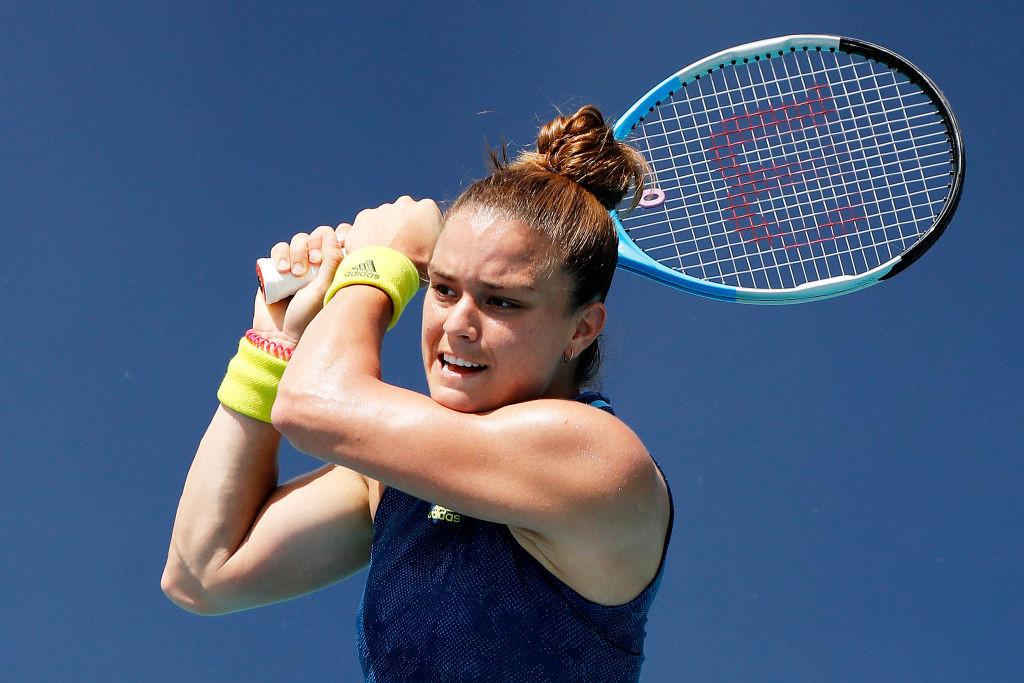 Maria Sakkari of Greece stunned an out-of-sorts Naomi Osaka to end the four-time Grand Slam champion's 23-match unbeaten run in the quarter-finals of the Miami Open.

The 23rd seed produced a superb display to win 6-0, 6-4 and reach the semi-finals of the Women's Tennis Association 1000 tournament at Hard Rock Stadium in Florida.

Sakkari was aggressive from the outset and wrapped up the opening set in just 21 minutes, with Osaka, whose streak included winning last year's US Open and the rescheduled Australian Open in February, failing to hit any winners.

The Japanese star mounted a fightback early in the second as she took a 3-0 lead before Sakkari reeled off five consecutive games from 4-1 down to progress.

"I have no words.

"I have made a lot of comebacks and that is probably my trademark."

Fifth seed Elina Svitolina is also through after she swept aside Anastasija Sevastova of Latvia 6-3, 6-2.

Bautista Agut recorded a comfortable 6-4, 6-2 victory to set up a meeting with 21st seed Jannik Sinner of Italy, who beat Alexander Bublik of Kazakhstan 7-6, 6-4.

Second seed Stefanos Tsitsipas of Greece overcame Lorenzo Sonego of Italy 6-2, 7-6 to seal his spot in the last eight.