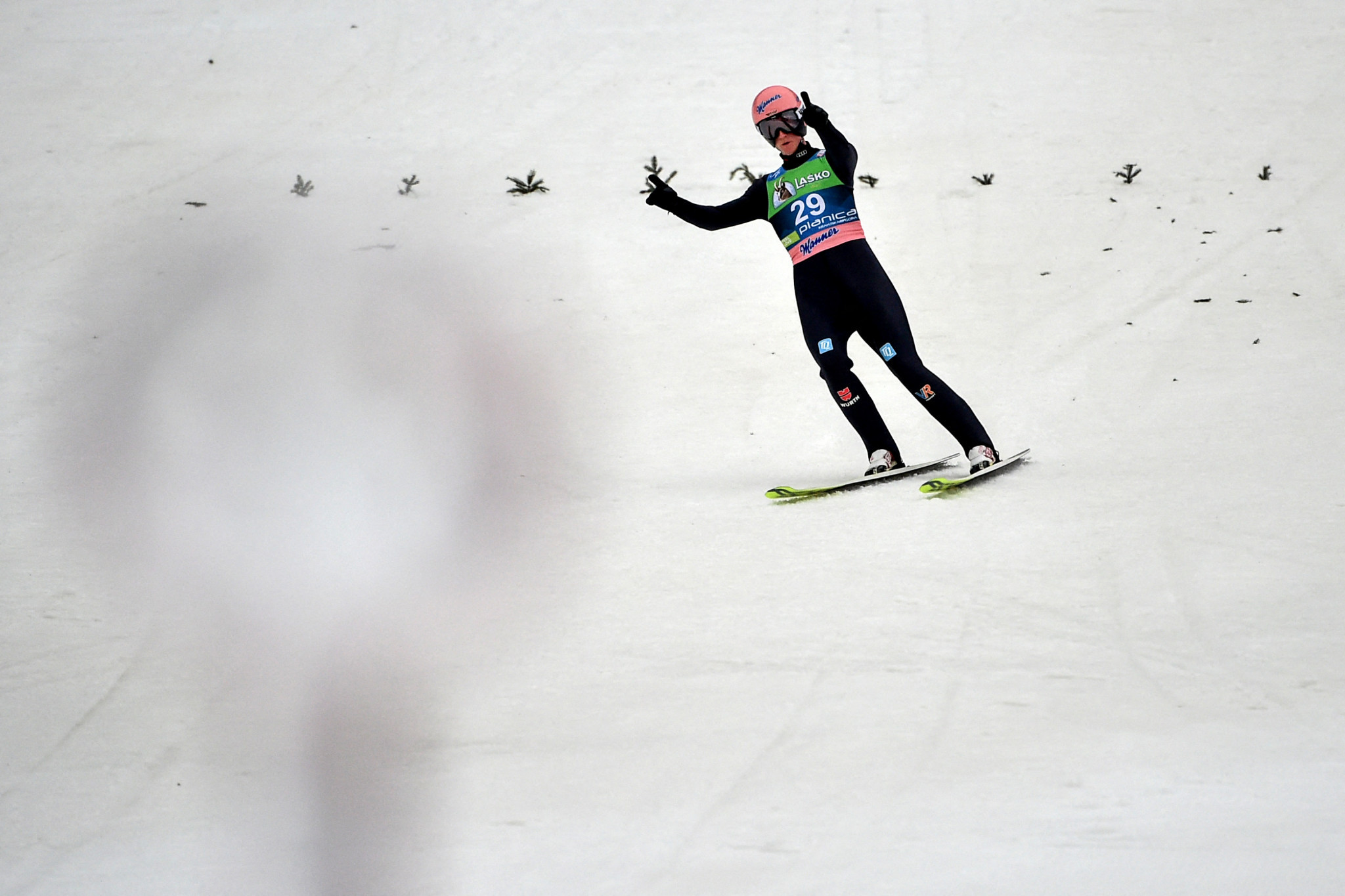 The quartet achieved an overall total of 819.5 points to top the standings, with Eisenbichler leading the way on 223.3.

Japan finished as the runners-up in the one-round competition by scoring 810 points, with their team comprised of Naoki Nakamura, Junshiro Kobayashi, Yukiya Sato and Ryōyū Kobayashi.

The individual competition saw Geiger emerge as the winner, with the German producing jumps of 231 and 232 metres in the two competition rounds.

The efforts gave him a winning total of 459.3 points.

Kobayashi had led at the halfway mark after a first-round jump of 242m, but his second-round leap of 217m saw him finish as the runner-up on 452.4 points.

Eisenbichler rounded off the podium places on 446.9 points, following efforts of 221m and 230m.

Domen Prevc finished fourth for the second time today, after being part of the Slovenian squad which missed out on a podium place earlier.

The three-event Ski Flying World Cup title was earned by Geiger, after two victories and a third place saw him finish on 260 points.

Kobayashi ended on the same total but finished second due Geiger recording more victories, with Eisenbichler third on 172.

The overall men’s FIS Ski Jumping World Cup title was secured weeks ago by Norway’s Halvor Egner Granerud, who earned 11 wins during the season on route to a total of 1,572 points.

"It has been an amazing season for me," Granerud said.

"I'm glad that the crystal globe was already secure before we came here because this weekend was quite tough.

"Getting the big globe here today and hearing the national anthem was amazing.

"It was an amazing day".

Eisenbichler was second overall on 1,190 points, with Poland’s Kamil Stoch completing the top three on 955.