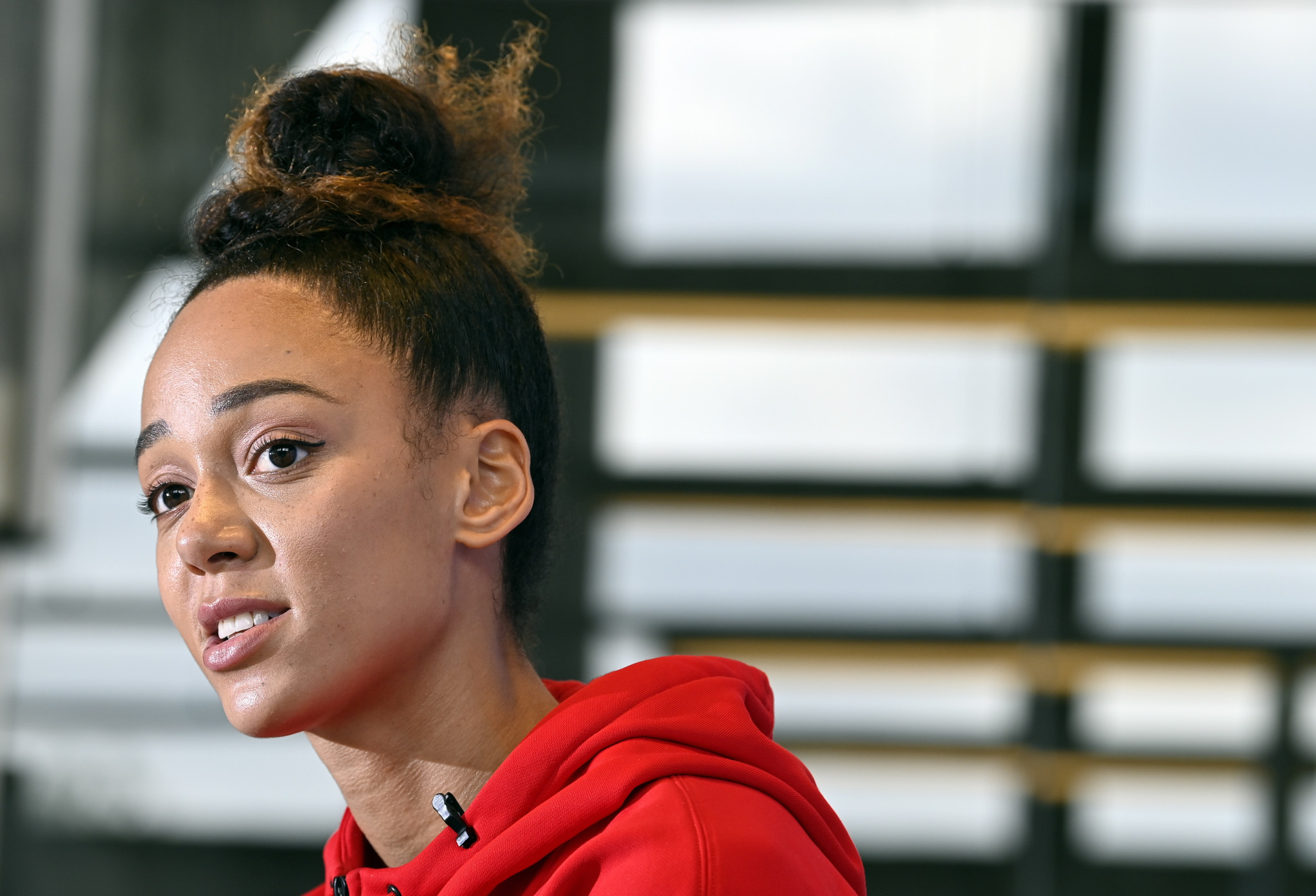 British heptathlon world champion Katarina Johnson-Thompson has confirmed her recovery from injury is going well ahead of the Tokyo 2020 Olympics, and she wants to compete at Paris 2024 too.

Speaking to Birmingham 2022 podcast 22 Voices, Johnson-Thompson spoke about her Achilles injury which forced her out of the 2021 European Indoor Athletics Championships in Toruń.

She picked up the injury late last year, impacting her preparation for Tokyo 2020, but has since revealed she is rehabilitating well.

Johnson-Thompson will be looking for her first Olympic medal in heptathlon in Tokyo, at her third Games.

"My recovery is going well," she said on the podcast.

"I'm gutted that it's not the way I wanted to start a new year, but I'm remaining positive and I'm in a good place right now.

"I'm progressing really fast and I'm happy that all things are set in place for the outdoor season."

Johnson-Thompson will be vying for gold in Tokyo alongside her great adversary Nafissatou Thiam of Belgium, who won the gold medal at Rio 2016.

"When it got announced that the Olympics were going to be postponed, it was like my whole motivation and energy to get up and do what I normally do each day started to fade away week by week," added Johnson-Thompson.

"It hit me the hardest because my dreams of Tokyo 2020 went in the bin.

"Facilities are more open to trying to facilitate elite athletes because Tokyo is happening, so we have to find a way now."

🥇 It’s GOLD for KJT! 🥇@JohnsonThompson produces an excellent 800m run to round off a brilliant two days and WIN the heptathlon 😍#WorldAthleticsChamps pic.twitter.com/c8HOSPscOR

The British heptathlete broke the national record with a score of 6,981 at the 2019 World Athletics Championships in Doha, to claim the gold medal ahead of Thiam.

Having just turned 28, she now plans for her career to span to at least the Paris 2024 Olympics.

"Another two [Olympics] at least, counting Tokyo," she added.

"Definitely until Paris 2024, that's for sure, that will be almost like a home Games.

"It's super difficult to win an Olympic medal, I think that's why the weight behind it is always there, and you have to be ready on that day, every four years.

"So, I think that's a huge driving force and my motivation."

Johnson-Thompson is a resident in France and trains in Montpellier on the south coast.