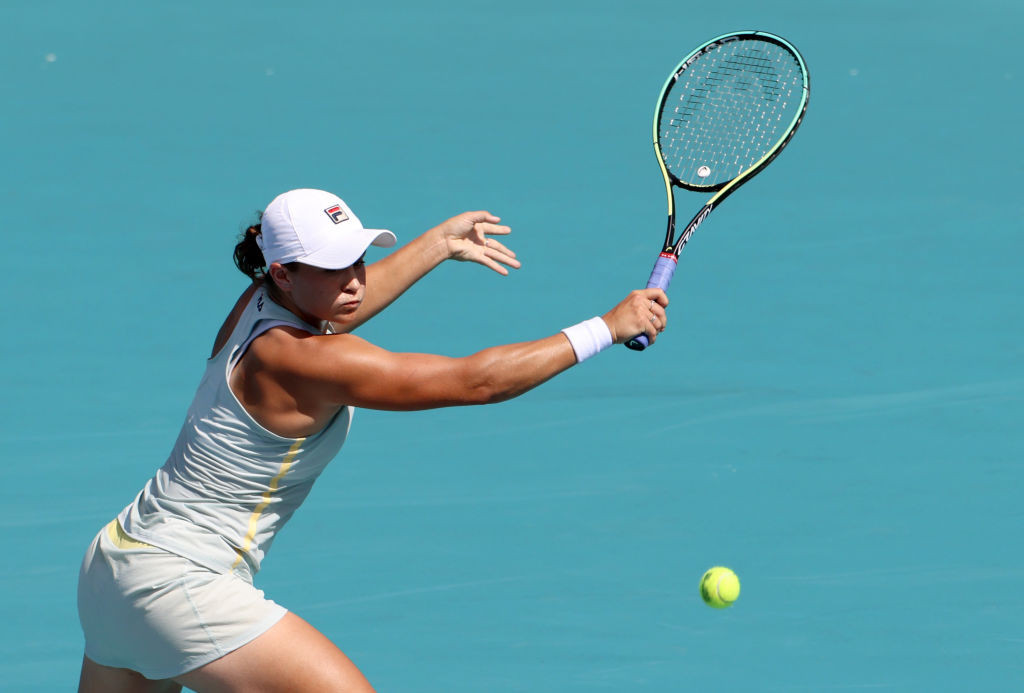 World number one Ashleigh Barty of Australia swept aside Latvia's Jeļena Ostapenko to set up a meeting with three-time champion Victoria Azarenka in the last 16 of the Miami Open.

Barty made light work of Ostapenko in a 6-3, 6-2 victory at Hard Rock Stadium.

The top seed will face Azarenka for a place in the quarter-finals after the Belarusian beat Germany's Angelique Kerber 7-5, 6-2 in a battle of two Grand Slam winners.

The reward for the Czech player is an encounter with Ukraine's fifth seed Elina Svitolina, who defeated Russia's Ekaterina Alexandrova 7-6, 6-4.

In the men's draw, second seed Stefanos Tsitsipas of Greece ousted Bosnia and Herzegovina's Damir Džumhur to reach the last 32.

Tsitsipas, a semi-finalist at last month's Australian Open, won 6-1, 6-4 and will next play 28th seed Kei Nishikori of Japan.

Fourth seed Andrey Rublev of Russia had no such issues as he thrashed Tennys Sandgren 6-1, 6-2 to book a clash with Márton Fucsovics of Hungary.