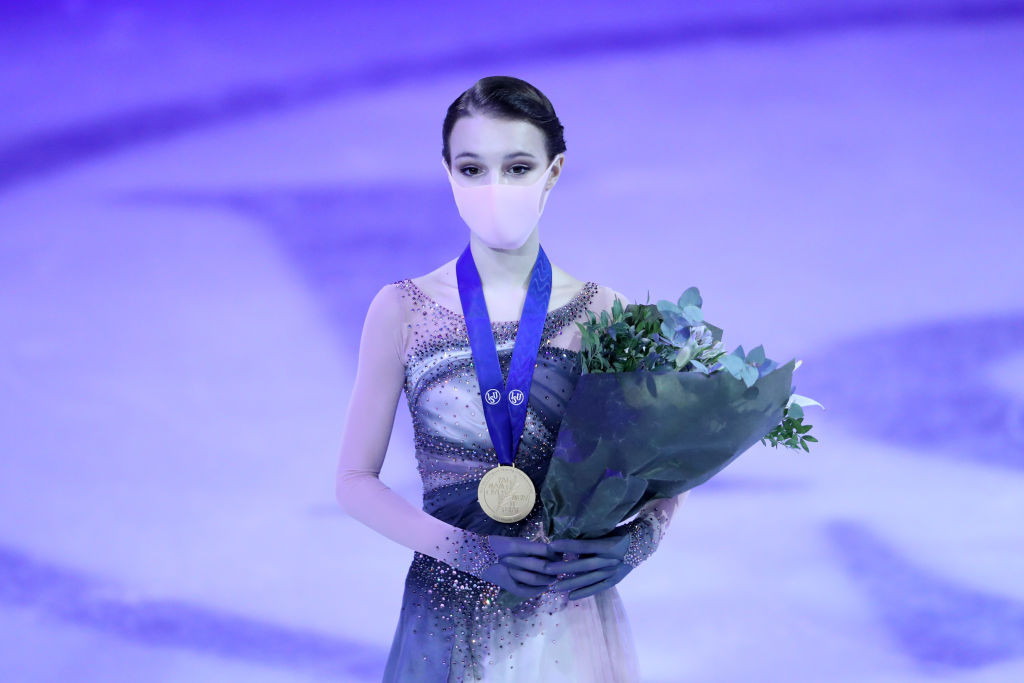 Anna Shcherbakova converted her lead at the halfway stage into gold as the Figure Skating Federation of Russia swept the podium in the women's event at the World Figure Skating Championships in Stockholm.

The 16-year-old, making her debut at the senior World Championships, scored 152.17 points in the free skate to finish with a total of 233.17 at the Ericsson Globe.

Shcherbakova ended the competition 12.7 points clear of Yelizaveta Tuktamysheva in second, while Aleksandra Trusova roared back from 12th in the short programme to secure bronze on 217.20.

All three Russians were competing on the "neutral" Figure Skating Federation of Russia team as part of sanctions imposed on the country by the World Anti-Doping Agency and partially upheld by the Court of Arbitration for Sport in December.

The punishments also meant the Russian national anthem did not greet the victory for Shcherbakova, with a section of Pyotr Tchaikovsky's Piano Concerto No.1 ringing around the arena instead.

The music has also been proposed to replace the Russian anthem at this year's Tokyo 2020 Olympic Games and the 2022 Winter Olympics in Beijing.

Skaters from Russia have now won five of the last six women's singles titles at the World Championships.

Shcherbakova had been considered an outsider for the gold medal before dazzling in the short programme and was equally impressive in the free skate to clinch her first world title.

"Honestly I really don't know what to say now because after my performance I really tried to do my best and fight for every element," she said.

"I'm not satisfied with my performance, but I'm so, so happy that I'm first.

Sinitsina and Katsalapov, the European champions, produced a smooth performance on their way to scoring 88.15 points.

Madison Hubbell and Zachary Donohue of the US are second on 86.05 points, with their compatriots Madison Chock and Evan Bates third on 85.15.

"We are quite satisfied with our performance, we were well prepared," said Katsalapov.

"In general, we showed what we can do, everything was clean enough, with our soul, easy enough."

The free skate in the men's and ice dance events are due to take place when the Championships resume tomorrow.