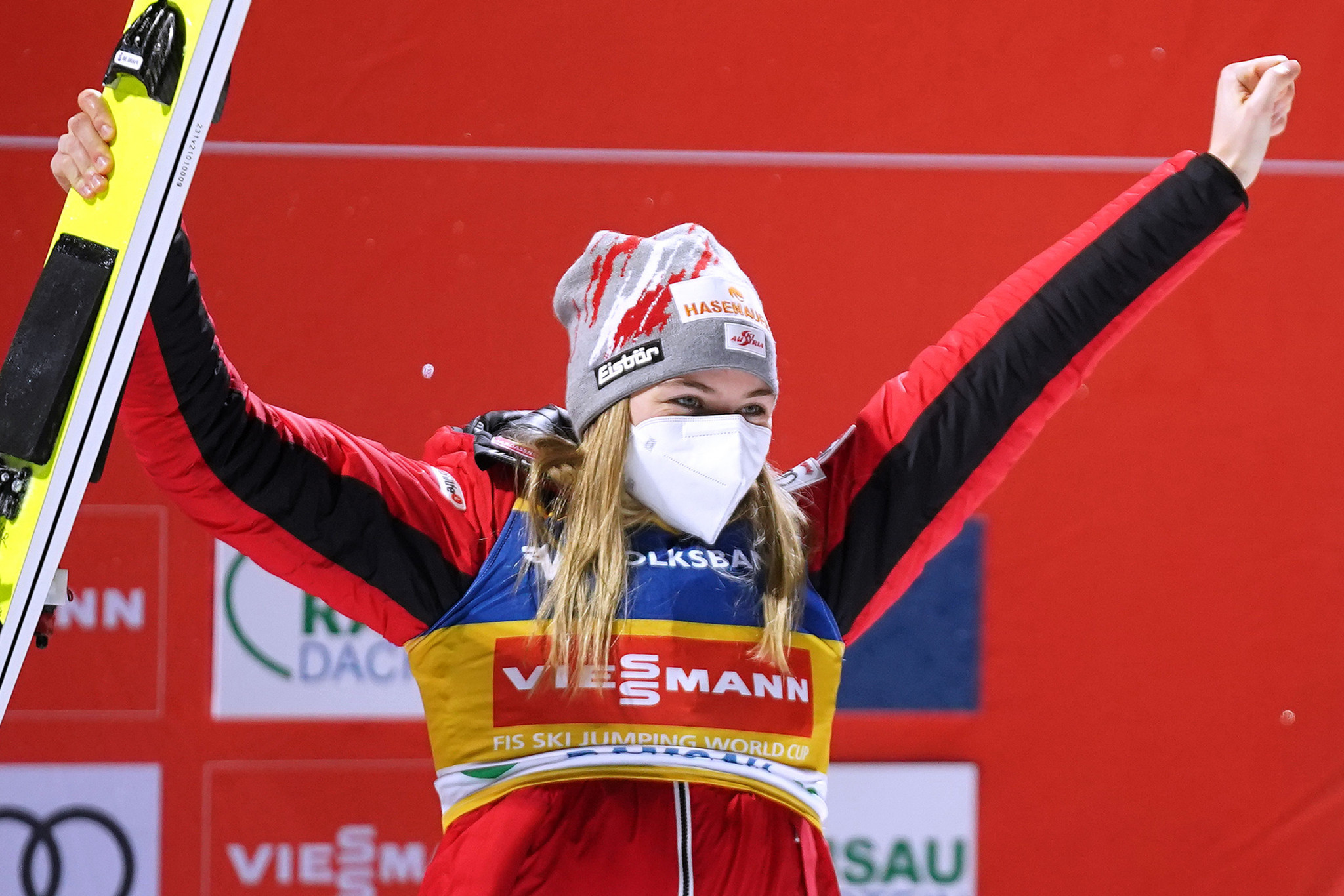 The finale of this season’s Women’s Ski Jumping World Cup grew yet more dramatic at Chaikovsky today as Austria’s Marita Kramer won her third consecutive event to effectively secure the Blue Bird Russian Tour title and retain an outside chance of the overall crystal globe prize.

A total of 258.1 points after normal hill jumps of 99.5 and 100 metres earned Kramer her third straight winning score of 100 points following the two she secured in the first leg of the Blue Bird tour at Nizhny Tagil last weekend.

It lifted her total to 760 points in the race for the overall title, with a potential final score of 860.

The two women above her in the standings, Slovenian Nika Križnar and Sara Takanashi of Japan, have been swapping the lead over.

Today it was advantage Takanashi as she returned to the top of the standings with a second-place finish through two efforts of 94.5m that earned her 234.8 points.

The score saw her take over at the top again as 80 points took her score to 826.

The 60 points she accrued mean she currently has 811 points with only Sunday’s (March 28) season-concluding contest on the large hill to come.

The team event is scheduled to take place tomorrow.