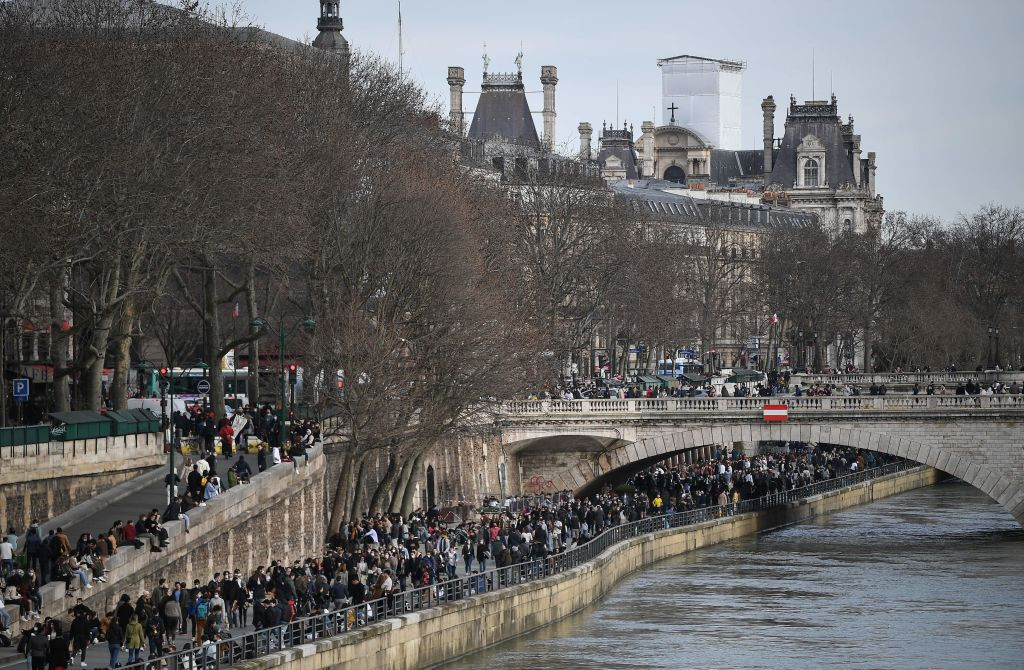 Paris 2024 President Tony Estanguet has said the Seine is one of the sites being considered to hold the Opening and Closing Ceremonies at the Olympics and Paralympics.

Speaking after the seventh meeting of the Paris 2024 Games delivery partners, the three-time Olympic canoeing champion said around 20 meetings had already taken place on the topic with various stakeholders.

"We presented our work methodology and the various feasibility studies in terms of security and logistics," Estanguet told L’Équipe.

"The objective is to be able to decide collectively on the choice of places for the ceremonies.

"It has not yet been decided whether the venues will be different for the four ceremonies.

"We are on several assumptions and the Seine is one of the sites that we look at because it has a symbolism and is close to monuments."

Paris 2024 organisers said in January this year that they are considering holding all or part of the Opening Ceremonies for their Games in the heart of the city.

"The question will be whether it is possible to go from the concept of a ceremony with a few tens of thousands of spectators, in a stadium, to an event much larger for the general public.

"The subject is very complex.

"The reflection involves a large number of stakeholders, especially at the state level."

Pierre-Olivier Beckers-Vieujant, the Belgian chairman of the International Olympic Committee's Paris 2024 Coordination Commission, said after the latest two-day meeting that "the various initiatives are progressing at the desired pace".

Beckers-Vieujant added to L’Équipe: "We really feel an enthusiasm and a buy-in from all the stakeholders on the vision and the progressive implementation of the delivery aspects.

"I also felt the desire to work together and support each other as we  enter the operational phase."

Estanguet went on to say Paris 2024 had "secured 53 per cent of commercial revenues and confirmed our objective of reaching two-thirds of revenues by the end of 2021.

"We remain on the same pace and ambition, regardless of the context.

"We are in the process of finalising with a few companies and we will announce the agreements as we go."

The Games President also announced that a consultation for TV rights to the 2024 Paralympic Games was one of his goals for the year and that he planned to launch it after the Tokyo Games.

Looking ahead to Tokyo 2020 this summer, Estanguet said that Paris 2024 would reduce the number of accredited people sent to Tokyo, restricting the delegation to those who are "essential to the hosting of the Games".