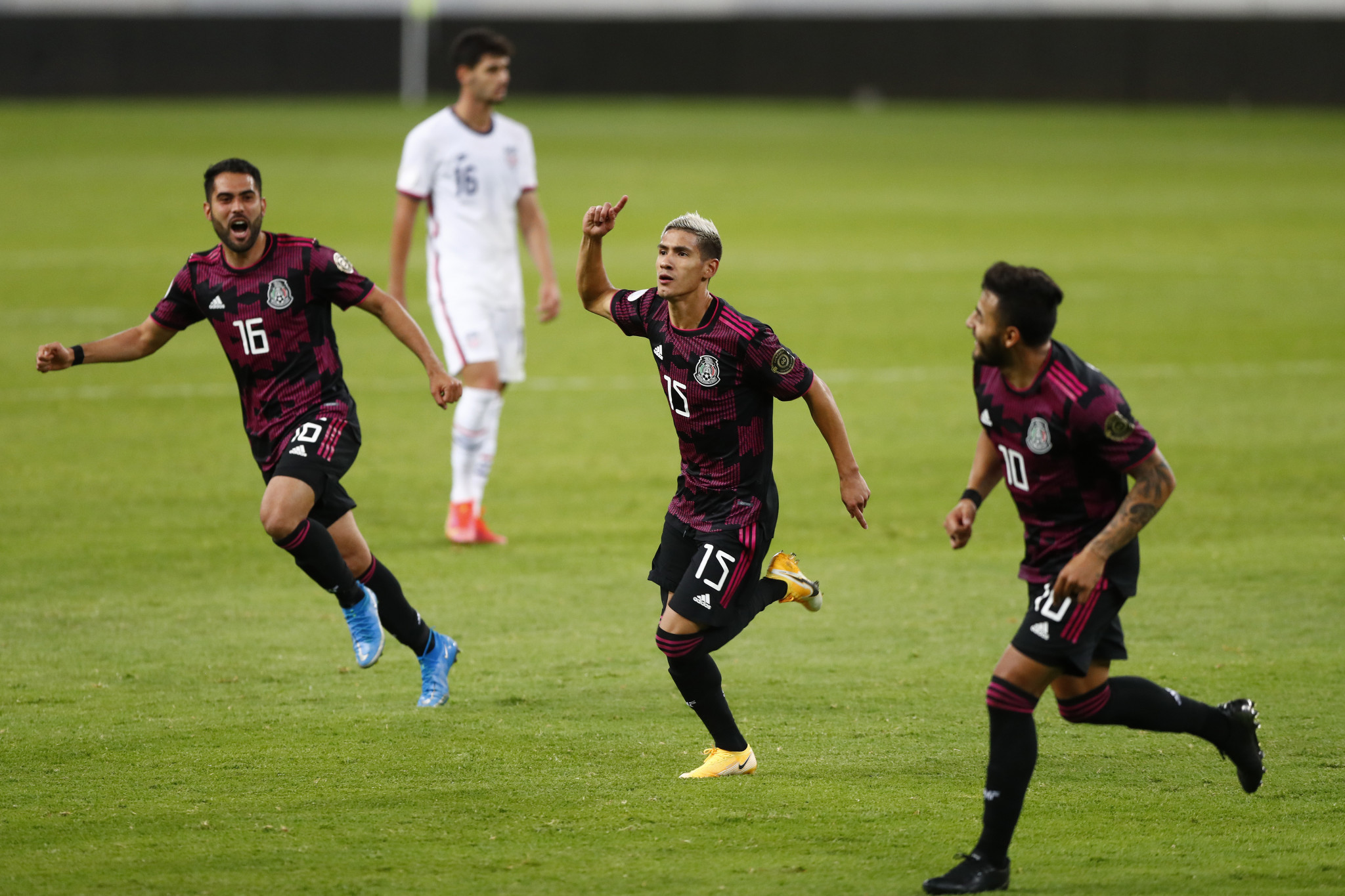 Mexico beat the United States 1-0 to finish top of Group A at the Confederation of North, Central America and Caribbean Association Football (CONCACAF) men's Olympic qualifier in Guadalajara.

Both teams were already through to the semi-finals after winning their opening two matches, but Uriel Antuna's goal ensures Mexico's under-24s top the group and hold bragging rights over their neighbours.

Shortly after the interval, Antuna seized on a loose US pass, drove to the edge of the box and fired a bouncing strike in at the near post.

Mexico and the US will find out their semi-final opponents tomorrow, although the Americans know they will either play Canada or Honduras as one of those two teams must top Group B.

Mexico could face Canada, Honduras, Haiti or El Salvador in theory, with Group B still open.

The winners of the semi-finals will advance to Tokyo 2020, and the CONCACAF berths are the last two places at the men's Olympic football tournament yet to be decided.

Randall Leal scored a brace as Costa Rica earned their first points of the tournament and the Dominican Republic came bottom of the group with three defeats from three.