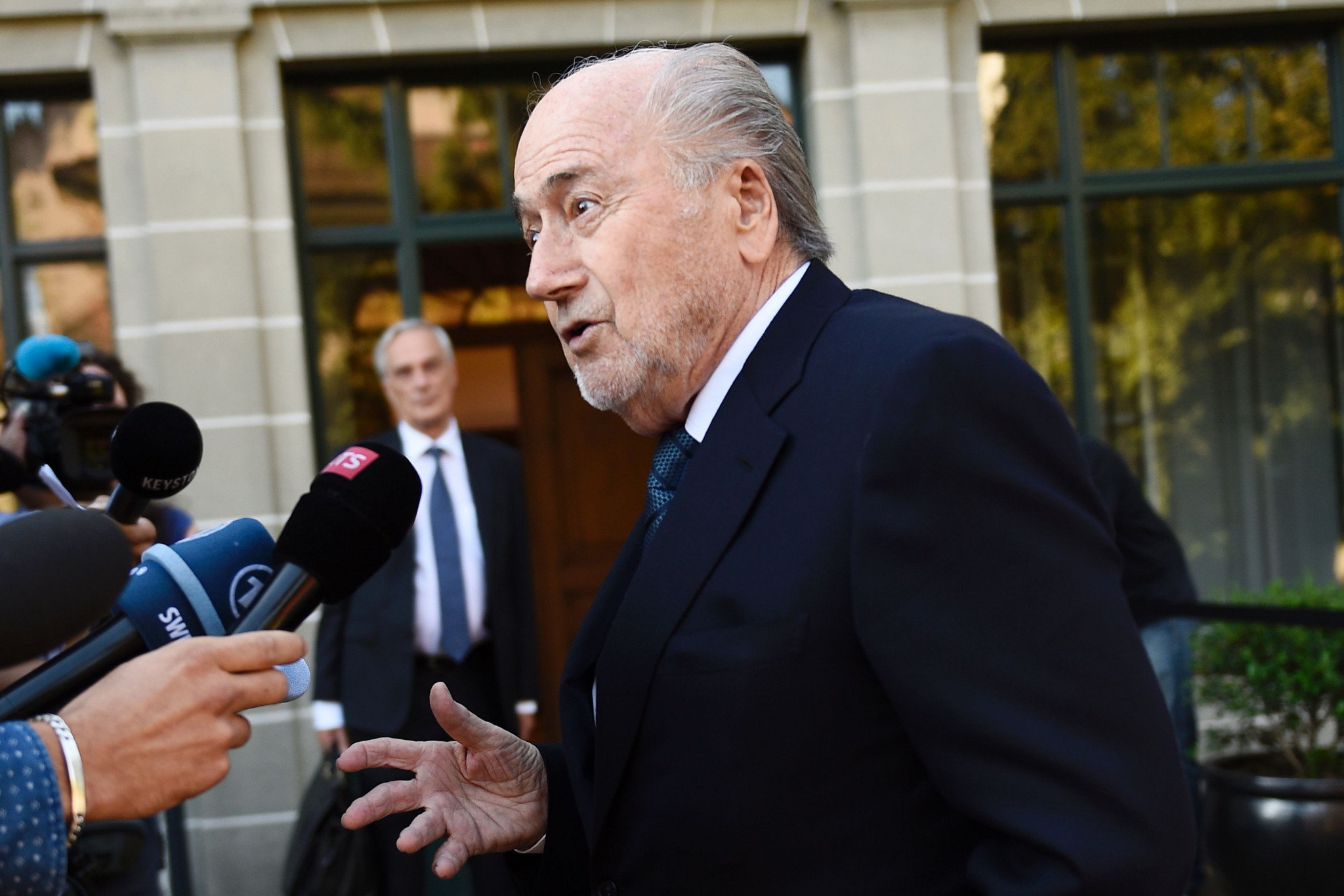 Former FIFA President Sepp Blatter has been banned for a further six years and eight months after being found guilty of various violations of the FIFA Code of Ethics.

It is the second time Blatter has been banned by FIFA and the latest verdict comes just seven months before his initial six-year ban from all football-related activities was set to expire.

FIFA confirmed Blatter and Jérôme Valcke, the former secretary general of the organisation, have been suspended for an additional six years and eight months and fined CHF1 million (£780,000/$1 million/€900,000) for financial wrongdoing.

Both punishments are set to come into force when the current ones expire, with Blatter’s first ban ending on October 8 this year and Valcke’s initial 10-year suspension expiring on October 8 2025.

A statement from FIFA read: "The investigations into Messrs Blatter and Valcke covered various charges, in particular concerning bonus payments in relation to FIFA competitions that were paid to top FIFA management officials, various amendments and extensions of employment contracts, as well as reimbursement by FIFA of private legal costs in the case of Mr Valcke."

The adjudicatory chamber of FIFA’s independent Ethics Committee ruled Blatter had breached "duty of loyalty", "conflicts of interest" and "offering and accepting gifts or other benefits" of the FIFA Code of Ethics.

Valcke was found to have violated the same three rules as well as "abuse of position".

Blatter was President of FIFA for 17 years until 2015 when he resigned amid a corruption scandal.

The Swiss official was originally banned for eight years before it was reduced to six by FIFA’s Appeals Committee.

The punishment was for breaches surrounding a "disloyal payment" of CHF 2 million (£1.3 million/$2.1 million/€1.8 million) made by Blatter to former UEFA head Michel Platini in February 2011.

Valcke, who was appointed as Blatter’s secretary general in 2007 before being sacked by FIFA in 2016, had his initial 12-year ban - which was for a series of ethics breaches - cut to 10 following a successful appeal.

Last year Markus Kattner, former deputy secretary general of FIFA, was banned from football for 10 years after being found guilty of conflicts of interest and abusing his position.

It was launched in September 2016 and saw Blatter and Valcke both investigated for their roles in the illicit bonus and pay rise scheme.

Kattner joined FIFA in 2003 before holding the roles of director of finance and administration and deputy secretary general from 2007 to 2015.

He was sacked by FIFA in May 2016 for "financial breaches".

The extension of their bans makes it even harder to imagine Blatter, 85, or Valcke, 60, ever returning to football - something already unlikely given the reputation damage they have endured.

Both appealed their previous bans to the Court of Arbitration for Sport, which upheld them.

Blatter contracted coronavirus in November last year before undergoing a heart procedure at a hospital in Switzerland a month later.

Speaking in January, Blatter’s daughter said there was "still a long way to go" in his recovery.