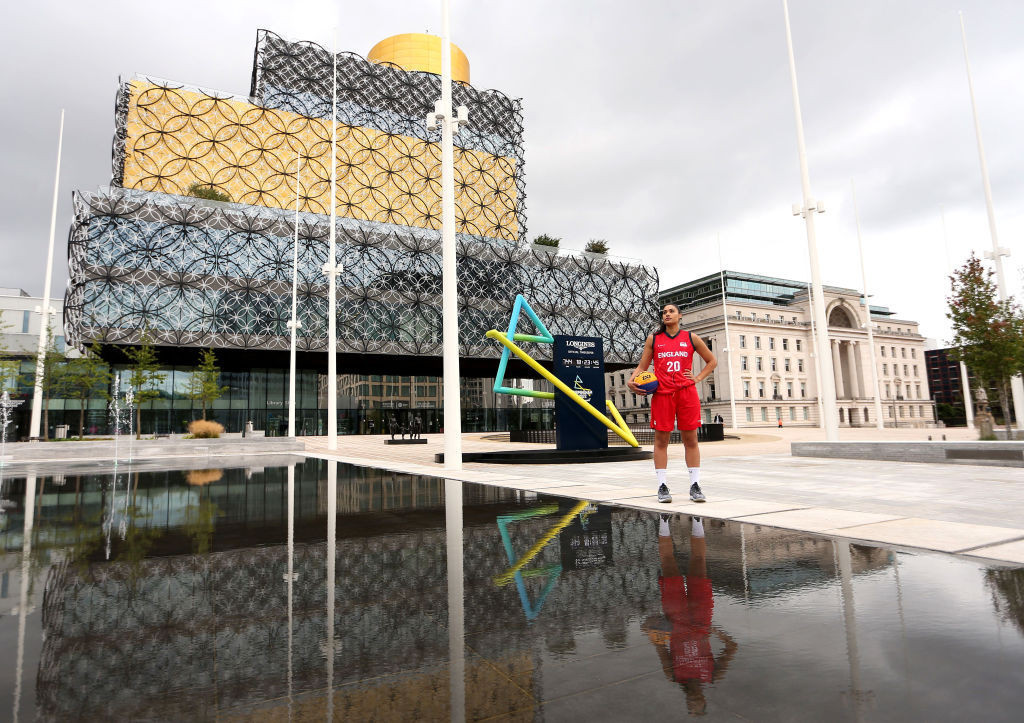 It outlines how the Games' £778 million ($1 billion/€901 million) public investment into the West Midlands is benefiting people in the region and beyond, will continue to do so after the Games, and can provide a legacy blueprint for future host cities.

Working in partnership with Coventry-based Severn Trent, the Games - which this week also launched mascot Perry the Bull - will generate the creation of 2,022 acres of forest, including 72 mini urban forests to match the number of nations and territories hoping to compete at Birmingham 2022.

For the first time at a Games, firms bidding for contracts must include a social value requirement.

The £23.9 million ($33million/€28million) business and tourism programme is the largest of any Games and set to attract international visitors and investment to the region and the UK.

Birmingham 2022 will also be the first Games to fully integrate volunteers from all delivery partners into a united volunteer programme.

The legacy plan is united by Birmingham 2022’s vision to be the "Games for Everyone".

Its objectives are set to be delivered against the Games' five missions - to bring people together, improve health and well-being, help the region grow and succeed, be a catalyst for change, and "put us on the map".

Across nine legacy programmes, the plan sets out a bold vision for how the Commonwealth Games can transform the region and unite communities across the West Midlands, the country and the Commonwealth with a message of hope and recovery following the COVID-19 pandemic.

The plan includes a £72 million ($99million/€82million) improvement of the Alexander Stadium, with a 30,000 Games-time capacity, 18,000 post-Games capacity, and a permanent base for 1,000 Birmingham City University sports science students.

The £73 million ($100million/€83million), brand-new Sandwell Aquatics Centre will provide local people with a 50-metre pool, community pool, diving pool and gym when it opens to the public in 2023.

A total of 1,400 homes will be built in the first phase of the Perry Barr Regeneration Scheme, with hundreds more promised in future phases.

The "Commonwealth Active Communities", funded by £4 million ($5.5million/€4.6million) from Sport England, will harness the power of the Games to support inactive people to become more active.

There will be a six-month, UK-wide Cultural Festival reaching 2.5 million people and prioritising underrepresented communities, and a £6 million ($8.2million/€7million) Commonwealth Games Community Fund from Birmingham City Council will help communities build pride, respect and cohesion by celebrating the Games in their own way.

There is an ambition to directly engage with one million children and young people through a learning programme, with classroom resources on the Games to be offered to children across the UK and the Commonwealth.

To mark the launch of the legacy plan, the Birmingham Poet Laureate and Birmingham 2022 Legacy and Benefits Committee member Casey Bailey has written a poem called "Dive In", capturing the excitement and the opportunity that Birmingham 2022 brings to the city, region, country and the Commonwealth.

Birmingham 2022 chairman John Crabtree commented: "The Games’ partners are embracing this once in a generation occasion with both hands to ensure the Birmingham 2022 Commonwealth Games leads our recovery with a legacy of renewal, growth, hope and inspiration."

Ian Ward, leader of Birmingham City Council, added: "Sitting alongside the council’s own vision for the city, the Legacy Plan outlines exactly how we and the other Games Partners will make this a reality.

"The Games are clearly a once-in-a-lifetime opportunity to improve the lives of local people by generating business, delivering much-needed regeneration, being bold by promoting the city on the global stage and bringing our communities together."

The Birmingham 2022 Commonwealth Games are due to begin on July 28 next year and run until August 8.