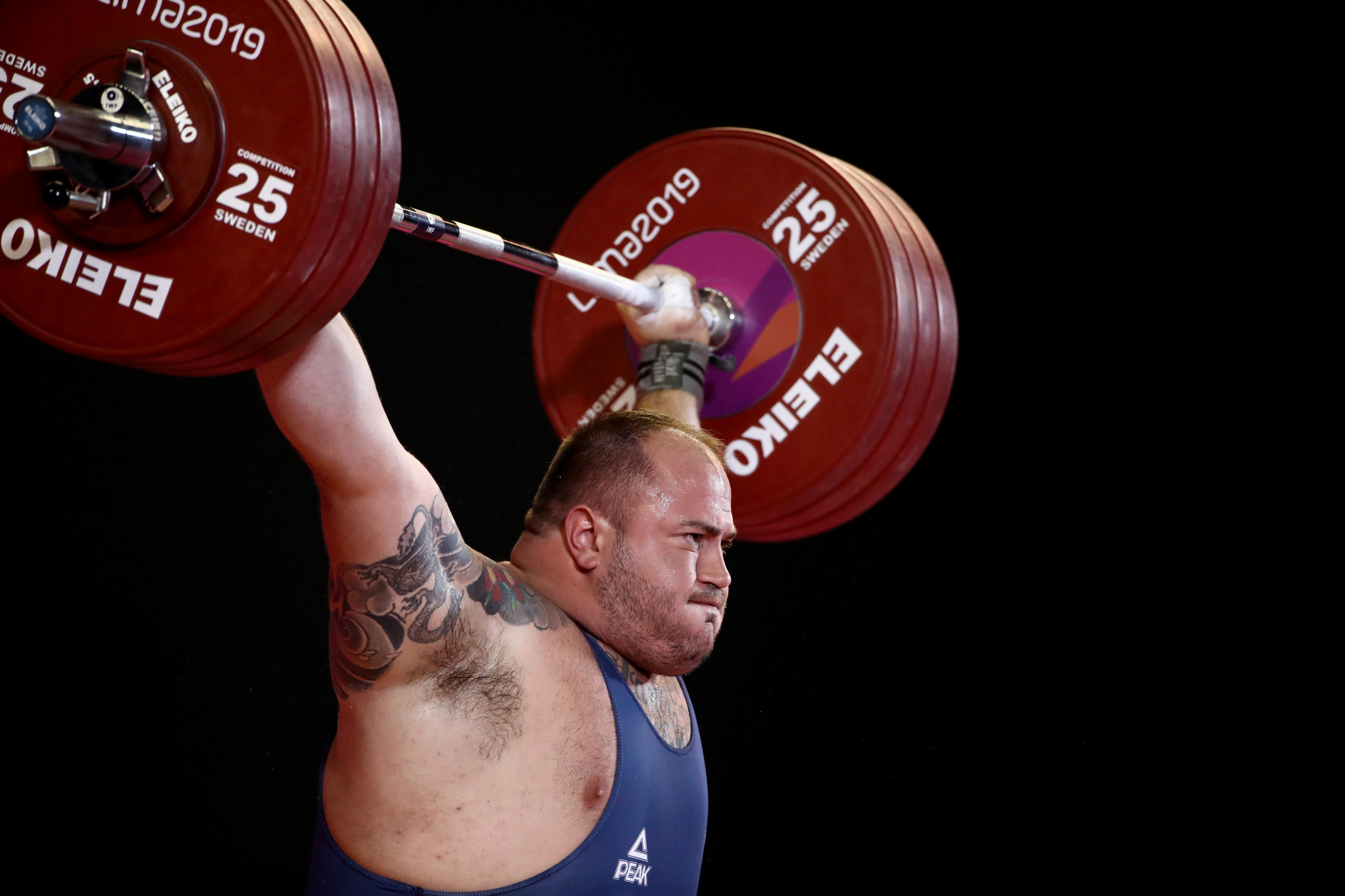 Fernando Reis has become the first Brazilian ever to win an International Weightlifting Federation (IWF) World Championships medal - more than two years after the event.

He has been promoted to third place in the 2018 IWF World Championships after the disqualification of an Uzbekistan lifter who was accused of sample-swapping.

Rustam Djangabaev did not deny the charge and accepted a four-year ban.

"It’s not the way I dreamed of doing it but it's a World Championships medal, the first one for Brazil and I’ll take it," 31-year-old Reis told insidethegames.

"This is going to help me keep pushing for the Olympic Games, it’s a good motivation."

Super-heavyweight Djangabaev, who finished sixth at the Rio 2016 Olympic Games, one place behind Reis, was caught when irregularities were spotted by the Athlete Passport Management Unit from the International Testing Agency, which now oversees all anti-doping procedures for the IWF.

The ITA described the case of Djangabaev, 27, as "peculiar".

Djangabaev finished in bronze-medal position in Ashgabat in Turkmenistan in 2018 with a total of 447 kilograms, the joint second-best effort of all his results listed on the IWF website.

There were rumours that Djangabaev had failed a doping test, and he did indeed come up positive for human growth hormone, but not until three months after the World Championships.

That finding was announced by the IWF on April 11 2019, at which point Djangabaev was provisionally suspended and the case was initiated by the ITA.

What happened next is explained in statement from the ITA to insidethegames.

"The results management process was underway when the APMU (Athlete Passport Management Unit)… identified suspicious values which led the ITA to build a case for… urine manipulation based on DNA analysis evidencing that a sample allegedly provided by the athlete on 30 May 2018 did not originate from him."

That led to Djangabaev being additionally charged under Article 2.2 of the IWF’s anti-doping rules, which covers evidence-based violations rather than sample analysis.

The two violations - the failed tests and the evident sample-swapping - could be considered as only one because notification of the first offence was not given until after notification of the second, a situation which allowed Ilya Ilyin to escape with a two-year ban for two separate offences at the Olympic Games.

That "loophole" has been closed by the World Anti-Doping Agency in its latest Code but it is why Djangabaev is banned for four years rather than eight.

"The athlete no longer challenged the charges and the case was resolved on 18 December 2020," said the ITA statement.

The disqualification of results and medal reallocations "are currently being processed by the IWF".

Even then, the case remained "peculiar".

Neither Reis nor the Brazilian Weightlifting Federation was informed when, last week, the results from Ashgabat were amended - three months after the case was resolved by the ITA.

Reis was promoted to the podium, winning Brazil’s first World Championships medal, but nobody told him.

"I found out about it when a coach spotted that the results had been changed on the IWF website, and Djangabaev had officially been disqualified."

The IWF said it could not comment until it had clarification from the ITA.

But on March 10 the IWF was represented at a virtual ceremony regarding another amended result from its 2018 World Championships.

Mike Irani, the IWF Interim President, and its general secretary Mohammed Jalood were both there, online, when the President of Turkmenistan, Gurbanguly Berdimuhamedov, presented a gold medal to Yulduz Djumabayeva.

She was promoted to first place after the disqualification of Thunya Sukcharoen, one of nine members of Thailand’s team who tested positive in Ashgabat.

A report on the IWF website states, "High-ranking representatives of the IWF noted that the awarding of the merited athlete Yulduz Djumabayeva in the Turkmen capital testifies to the fact that traditional sports are reborn in the country, which provides Turkmen sport with a worthy place in the world."

The report did not mention that Turkmenistan’s coaching team for the 2018 World Championships included Umurbek Bazarbayev, a four-time Olympian and one of the nation's biggest names in sport, who was appointed in the first year of a four-year suspension for doping - in blatant contravention of the rules.

Until 2018 neither Turkmenistan nor Uzbekistan even had a National Anti-Doping Agency.

This week the IWF did finally inform the Brazilian Weightlifting Federation that Reis had won a medal, leading its president Enrique Montero to say, "Fernando Reis’s bronze medal means a lot to our sport.

"It serves to motivate our young athletes and help in an even bigger growth in weightlifting in Brazil."

Reis is hoping to "double up" with a podium finish at the delayed Tokyo 2020 Olympic Games too.

"Everything is going fantastically well right now, training has never been better, my body feels good and my mind is in the right place," he said.

Djangabaev has also been disqualified from the 2018 Qatar Cup, which was held the month after the World Championships.

Now that he has been officially suspended, Djangabaev is the only athlete among hundreds to have been banned since 2003 - which is as far back as the published records go - with the words "growth hormone" next to his name.

Another Uzbek lifter, Saidmukhtor Saidakhrorov, was charged with a violation under Article 2.2 in October 2019, since when there has been no further news of the case.