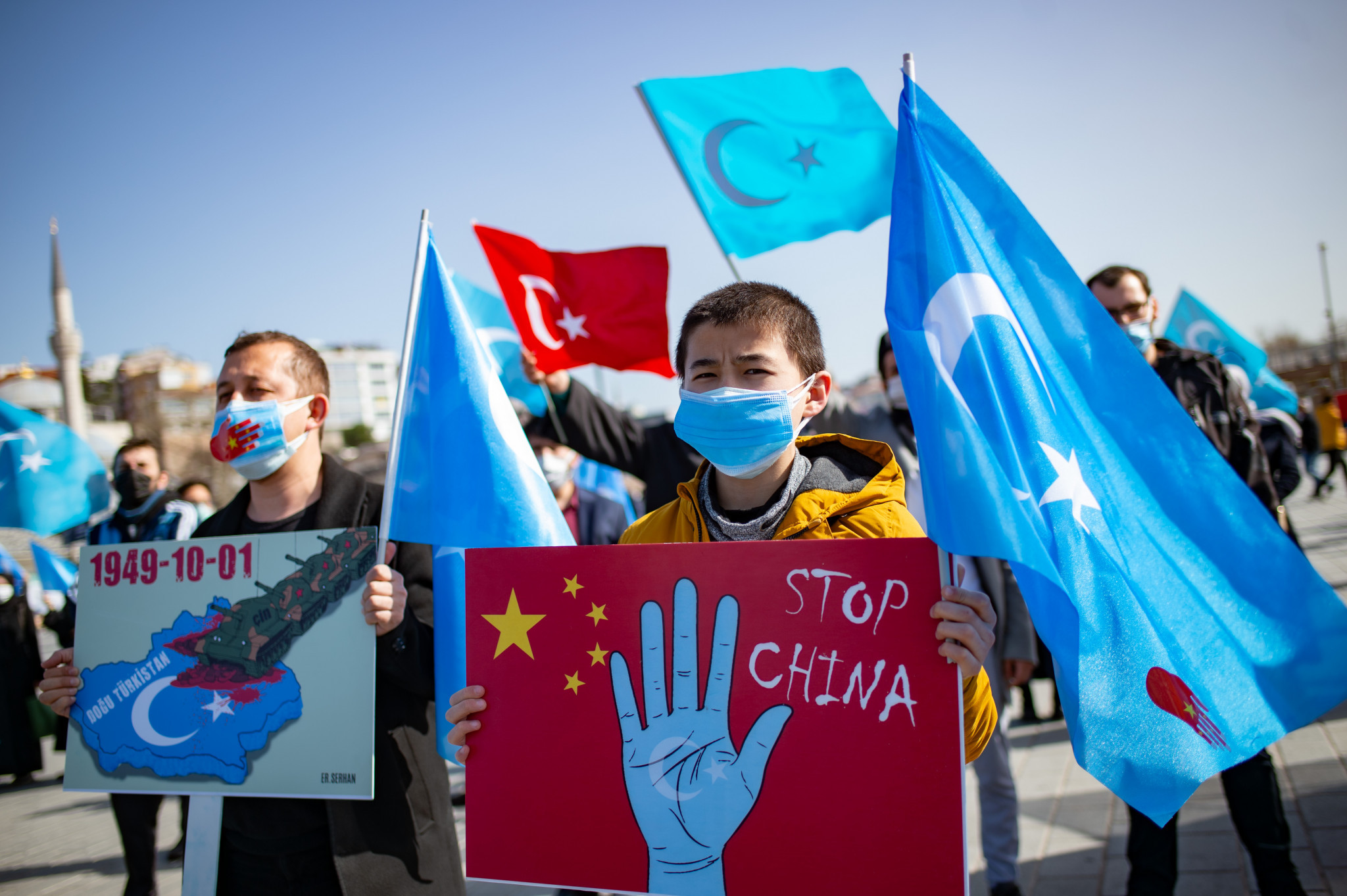 The European Union (EU), the United States, Canada and the United Kingdom have sanctioned Chinese officials over alleged human rights abuses of the Uyghur Muslim population in Xinjiang, with less than a year to go to the Beijing 2022 Winter Olympic and Paralympic Games.

The EU was the first to impose sanctions on four Chinese officials yesterday with Chen Mingguo, the director of the Xinjiang Public Security Bureau, among those included.

Chen has been accused of "arbitrary detentions and degrading treatment inflicted upon Uighurs and people from other Muslim ethnic minorities, as well as systematic violations of their freedom of religion or belief".

Former deputy Communist Party head in Xinjiang, Zhu Hailun, was sanctioned having reportedly held a "key political position in charge of overseeing and implementing a large-scale surveillance, detention and indoctrination programme targeting Uyghurs and people from other Muslim ethnic minorities".

Zhu was claimed by the EU to have been described as the "architect" of this programme.

Sanctions have been introduced on the Xinjiang Production and Construction Corps Public Security Bureau, which is in charge of implementing policies on security matters, including the management of detention centres.

The individuals and entities will be subjected to travel bans, with their assets seized.

The EU has not imposed new sanctions on China over human rights abuses since the 1989 Tiananmen Square crackdown.

The U.S. is designating two People’s Republic of China officials under our Global Magnitsky sanctions in connection with serious human rights abuses in Xinjiang. We stand united with the UK, Canada, and the EU in promoting accountability for those who abuse human rights.

"We, the Foreign Ministers of Canada and the United Kingdom, and the United States Secretary of State, are united in our deep and ongoing concern regarding China’s human rights violations and abuses in Xinjiang," the statement read.

"The evidence, including from the Chinese Government’s own documents, satellite imagery, and eyewitness testimony is overwhelming.

"China’s extensive program of repression includes severe restrictions on religious freedoms, the use of forced labour, mass detention in internment camps, forced sterilisations, and the concerted destruction of Uyghur heritage.

"Today, we have taken coordinated action on measures, in parallel to measures by the EU, that send a clear message about the human rights violations and abuses in Xinjiang.

"We are united in calling for China to end its repressive practices against Uyghur Muslims and members of other ethnic and religious minority groups in Xinjiang, and to release those arbitrarily detained.

"We underline the importance of transparency and accountability and call on China to grant the international community, including independent investigators from the United Nations, journalists, and foreign diplomats, unhindered access to Xinjiang.

"We will continue to stand together to shine a spotlight on China’s human rights violations.

"We stand united and call for justice for those suffering in Xinjiang."

Human rights groups allege more than one million Uyghurs have been placed in internment camps, but Beijing claims they are training centres designed to help stamp out Islamist extremism and separatism.

China hit back at the coordinated sanctions by sanctioning 10 individuals and four entities in the EU.

"The Chinese side decides to sanction the following ten individuals and four entities on the EU side that severely harm China's sovereignty and interests and maliciously spread lies and disinformation.

"The Chinese side urges the EU side to reflect on itself, face squarely the severity of its mistake and redress it.

"It must stop lecturing others on human rights and interfering in their internal affairs.

"It must end the hypocritical practice of double standards and stop going further down the wrong path.

The sanctions and increased tensions come with less than a year until Beijing hosts of the 2022 Winter Olympics and Paralympics.

Campaigners have called on the International Olympic Committee (IOC) to act, amid what they claim is China's "genocide" against Uyghur Muslims.

Despite the sanctions introduced by Canada, the US and the UK, the country’s three National Olympic Committees have warned against boycotting the Games.

The US has only boycotted one Olympics, the 1980 Summer Games in Moscow, following the Soviet Union's invasion of Afghanistan.

USOPC President Susanne Lyons said earlier this month that the USOPC was in dialogue with officials in Congress as well as the White House, emphasising that the 1980 Moscow boycott had not worked.

Following the IOC Session earlier this month, President Thomas Bach insisted the organisation was not a "super-world Government" that can solve global issues when asked about China's persecution of Uyghur Muslims.

When contacted by insidethegames the IOC reiterated its previous statement that the organisation has to remain neutral on global political issues.

"The Olympic Games are the only event that brings the entire world together in peaceful competition.

"They are the most powerful symbol of unity in all our diversity that the world knows.

"In our fragile world, the power of sport to bring the whole world together, despite all the existing differences, gives us all hope for a better future.

"Given the diverse participation in the Olympic Games, the IOC must remain neutral on all global political issues.

"Awarding the Olympic Games to a National Olympic Committee (NOC) does not mean that the IOC agrees with the political structure, social circumstances or human rights standards in its country.

"The Olympic Games are governed by the IOC, not by governments. The IOC issues the invitation to NOCs to participate – the invitations do not come from the government of the host country.

"The host country’s head of state is allowed to say only one sentence, scripted by the IOC, to officially open the Games.

"No other politician is allowed to play any role whatsoever, not even during medal ceremonies.

"At all times, the IOC recognises and upholds human rights enshrined in both the Fundamental Principles of the Olympic Charter and in its Code of Ethics.

"We are responsible for ensuring the respect of the Olympic Charter with regard to the Olympic Games and take this responsibility very seriously.

"At the same time, the IOC has neither the mandate nor the capability to change the laws or the political system of a sovereign country.

"This must rightfully remain the legitimate role of governments and respective intergovernmental organisations."