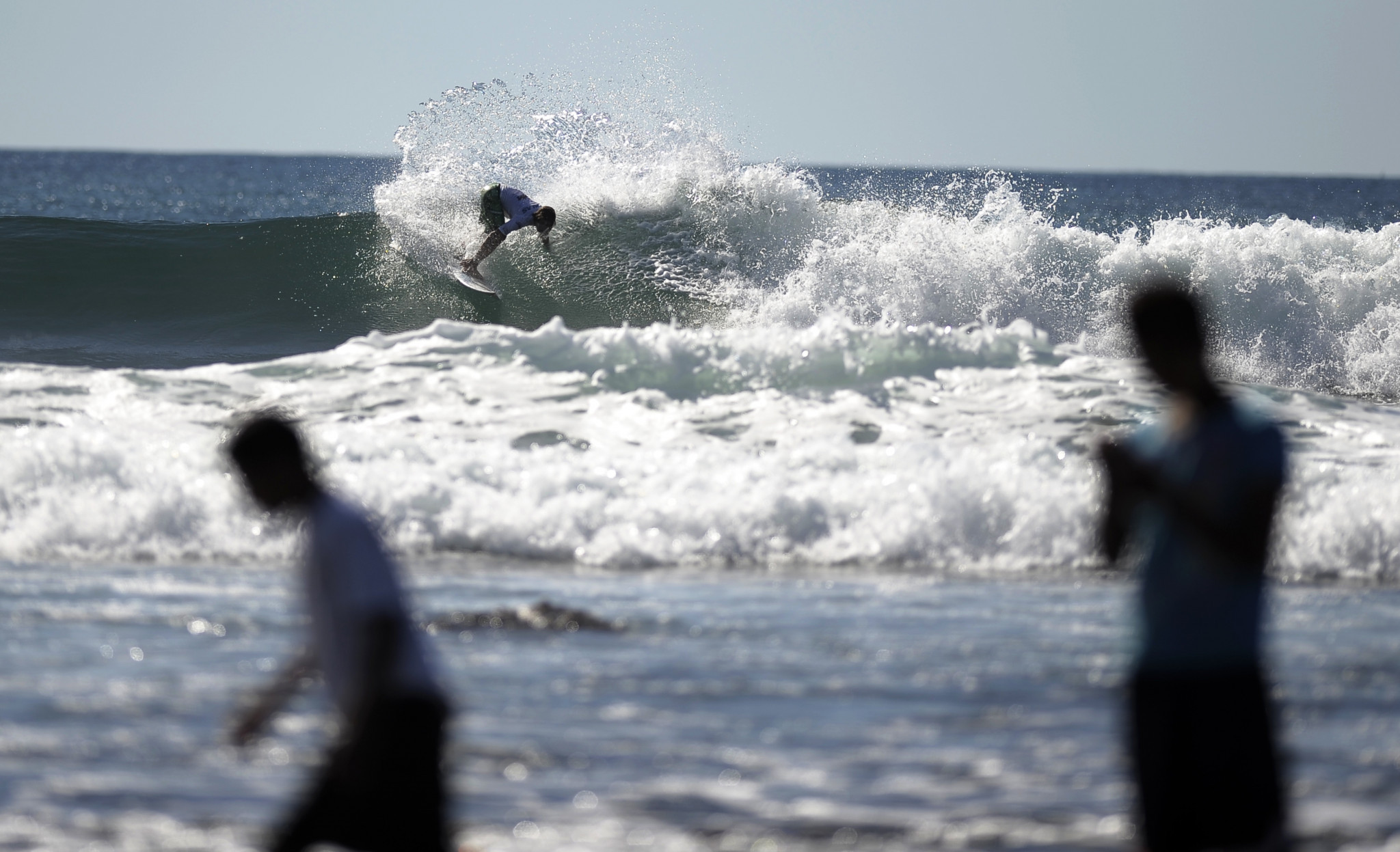 A 22-year-old surfer from El Salvador who had eyes on Olympic qualification has died after being struck by lightning while training.

Katherine Diaz was preparing for the International Surfing Association (ISA) World Surfing Games, scheduled to run from May 29 to June 6 in El Salvador.

The event was set to serve as a qualifier for this year’s rescheduled Tokyo 2020 Games, where surfing is due to make its Olympic debut.

According to reports, Diaz entered the water to start a training session at El Tunco Beach in El Salvador when she was struck by lightning.

Diaz was taken to hospital, but medics were unable to revive her.

Her uncle Beto Diaz told newspaper El Salvador: "Katherine approached to hug her [friend], as soon as she finished hugging her, the noise was heard.

"She, the friend, was thrown by the force of the lightning strike too, the board threw me.

Tributes have been paid to Diaz, the daughter of Salvadoran Surf Federation President Jose Diaz.

We send our heartfelt condolences to Katherine’s family, the surfers of El Salvador, and to all those in the international surfing community whose lives she touched.

We will never forget you. pic.twitter.com/mIBxCQzRcw

"A great athlete who has represented our country has left us," a statement from the Salvadoran Surf Federation read.

"El Salvador is in mourning."

A statement from the ISA read: "It is with a heavy heart that the ISA has learned about the passing of El Salvador’s Katherine Diaz.

"Katherine embodied the joy and energy that make surfing so special and dear to us all, as a global ambassador of the sport.

"She excelled at the international competition level, representing her country with pride at both the World Surfing Games and ISA World Junior Surfing Championship.

"We send our heartfelt condolences to Katherine’s family, the surfers of El Salvador, and to all those in the international surfing community whose lives she touched.

"We will never forget you."