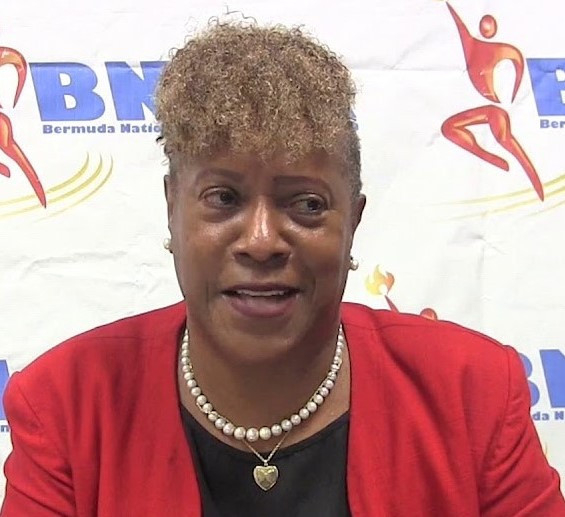 Bermuda has appointed Donna Raynor as its Chef de Mission for next year’s Commonwealth Games in Birmingham.

The appointment of Raynor, President of the Bermuda National Athletics Association (BNAA), for the Games, due to take place between July 28 and August 8, was announced by the Bermuda Olympic Association (BOA).

Raynor represented Bermuda in the Pan American Games and was voted the country’s Athlete of the Year in 1989.

"I am honoured to have been chosen by the BOA to lead Bermuda’s team as chef at the Birmingham 2022 Games," she said.

"Bermuda always fields a strong team and has performed well historically at the Games, and I am looking forward to supporting our athletes, and ensuring things go smoothly for them.

"Having competed for Bermuda several times, I understand the pressure on athletes, and how overwhelming it can be to compete on the world stage.

"Together with their coaches and support staff, I’ll work to ensure that our team is ready for competition and does Bermuda proud."

In addition to her role as President of BNAA, Raynor is a member of the BOA Board, is chairwoman of the BOA’s Women in Sport Committee, and sits on the Development Commission for World Athletics.

She was the chairwoman of Bermuda’s successful 2012 CARIFTA Games, a role she is repeating when the event is scheduled to return to the British island territory this August.

"We’re so pleased that Donna has accepted the challenge of being our Chef de Mission at these important Games," BOA President Judy Simmons said.

"With her background in athletics and extensive experience in sports administration, I can’t think of a better person to lead our team in what will be one of the first major festivals in the post-pandemic period.

"Our athletes will be in very good hands."

Bermuda was among the 11 countries that took part in the very first British Empire Games at Hamilton in 1930.

They have taken part in a total of 17 of the 20 Games, winning a total of six medals - two gold, two silver and two bronze.

Duffy was one of eight competitors from Bermuda in four sports.