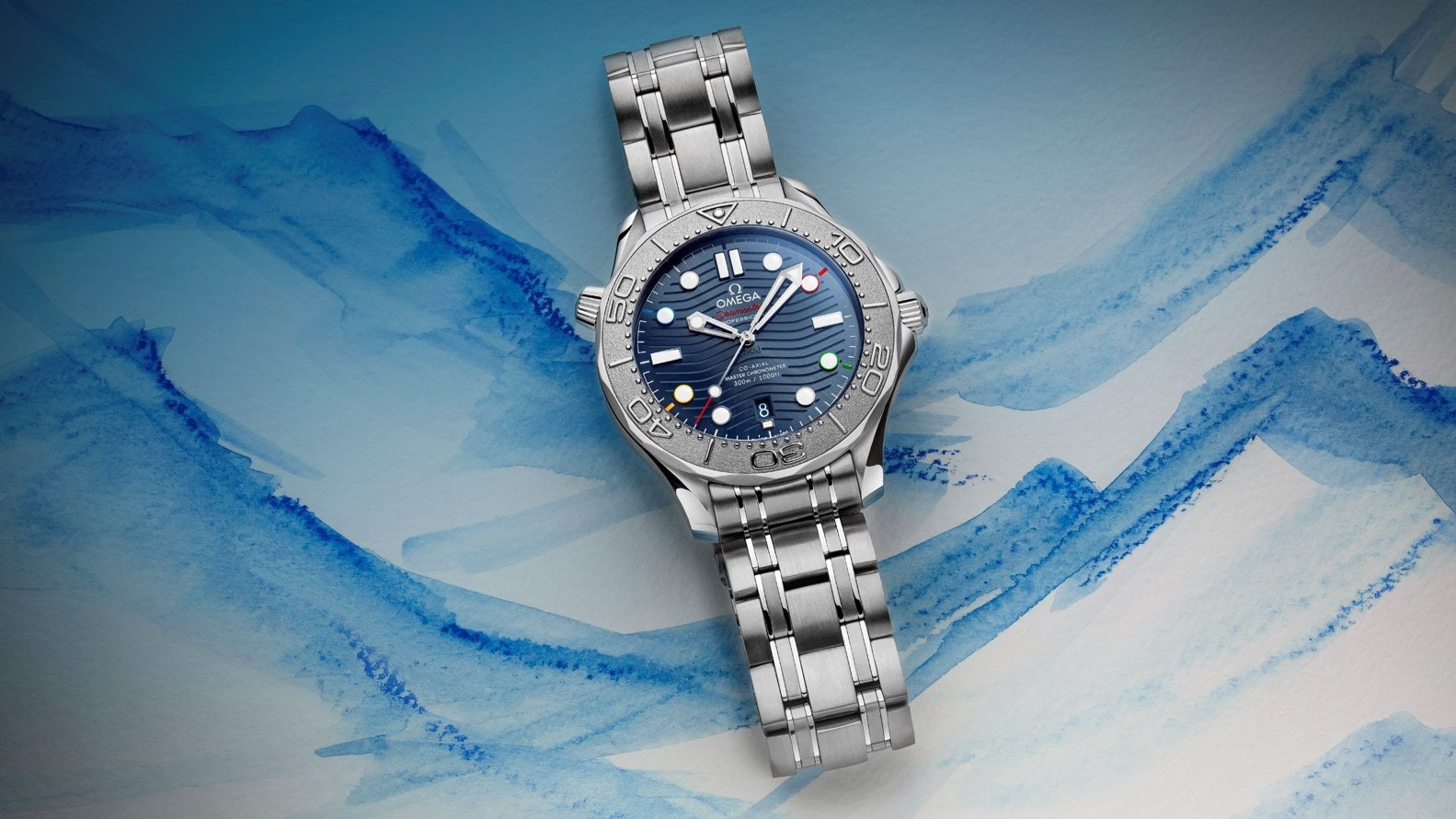 Omega, the official timekeeper of the Olympics, has launched a commemorative Seamaster Diver 300M “Beijing 2022” Special Edition to mark next year’s Winter Games.

The special edition timepiece will also include a sun-brushed blue ceramic dial, laser-engraved waves along rhodium-plated indexes, and hands filled with Super-LumiNova.

The watch will also include five special minute-markets at 2 o’clock, 4 o’clock, 8 o’clock, 10 o’clock and 12 o’clock in the colours of the five Olympic Rings.

"Omega has been the official timekeeper of the Olympic Games since 1932," the watchmaker said announcing release of the watch.

"During that time, the company has been proud to record the dreams of the world’s greatest athletes and time many of the most famous sporting moments in history.

To further commemorate the Winter Games, the reverse side of the watch will include a stamped Olympic Winter Games Beijing 2022 emblem alongside Omega’s patented Laiad Lock system that, it is claimed, will keep all the engravings in perfect alignment while further cementing the timepiece as a keepsake piece.

The Seamaster will feature the Omega Co-Axial Master Chronometer Calibre 8000.

The powerful movement - and the entire watch as a whole - have passed the eight tests set by the Swiss Federal Institute of Metrology, which means it hits the highest standards of precision, performance, and magnetic resistance.

The dial is encircled by a bezel ring made of grade 5 titanium with a 60-minute diving scale in positive relief.

It comes on a polished and brushed stainless steel bracelet that features the watchmaker’s patented extendable fold over rack-and-pusher with an extra diver extension.