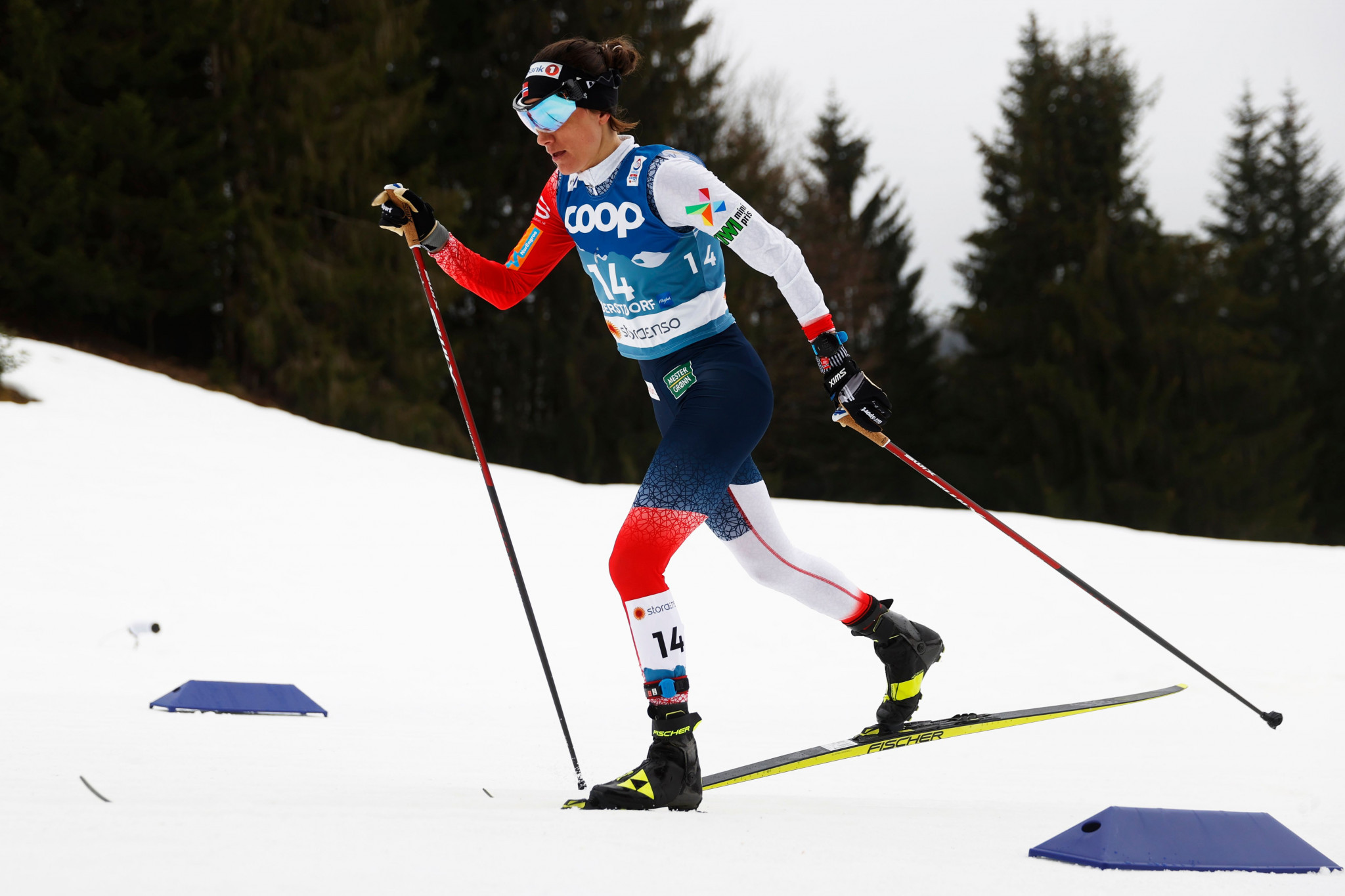 Weng had finished as the runner-up in the women’s 10 kilometre mass start event yesterday at the Swiss venue, but rose to the top of the standings in today’s 30km pursuit.

The 29-year-old, who earned a World Championship silver medal in the distance earlier this month, achieved a winning time of 1 hour, 28min, 11.6sec.

Sweden’s Ebba Andersson finished as the runner-up, ending just 4.5 seconds behind the winner.

Hegstad Krueger emerged as the winner of the men’s 50km competition, with the gruelling race ending in a tightly contested finish.

His compatriot Hans Christer Holund trailed by 1.2 to finish as the runner-up.

Sweden’s Jens Burnman earned the final podium spot by finishing three seconds down on the winner, leaving Johannes Hoesflot Klaebo of Norway outside the top three at 13 behind.

With a crowning 50km Pursuit, this World Cup season closes 🎬

Thank you for one last, thrilling and tough race and congratulations to all! 🎉#fiscrosscountry pic.twitter.com/ULhX20rqyh

Sweden’s Linn Svahn and France’s Hugo Lapalus earned the Under-23 Rookie of the Year prizes.