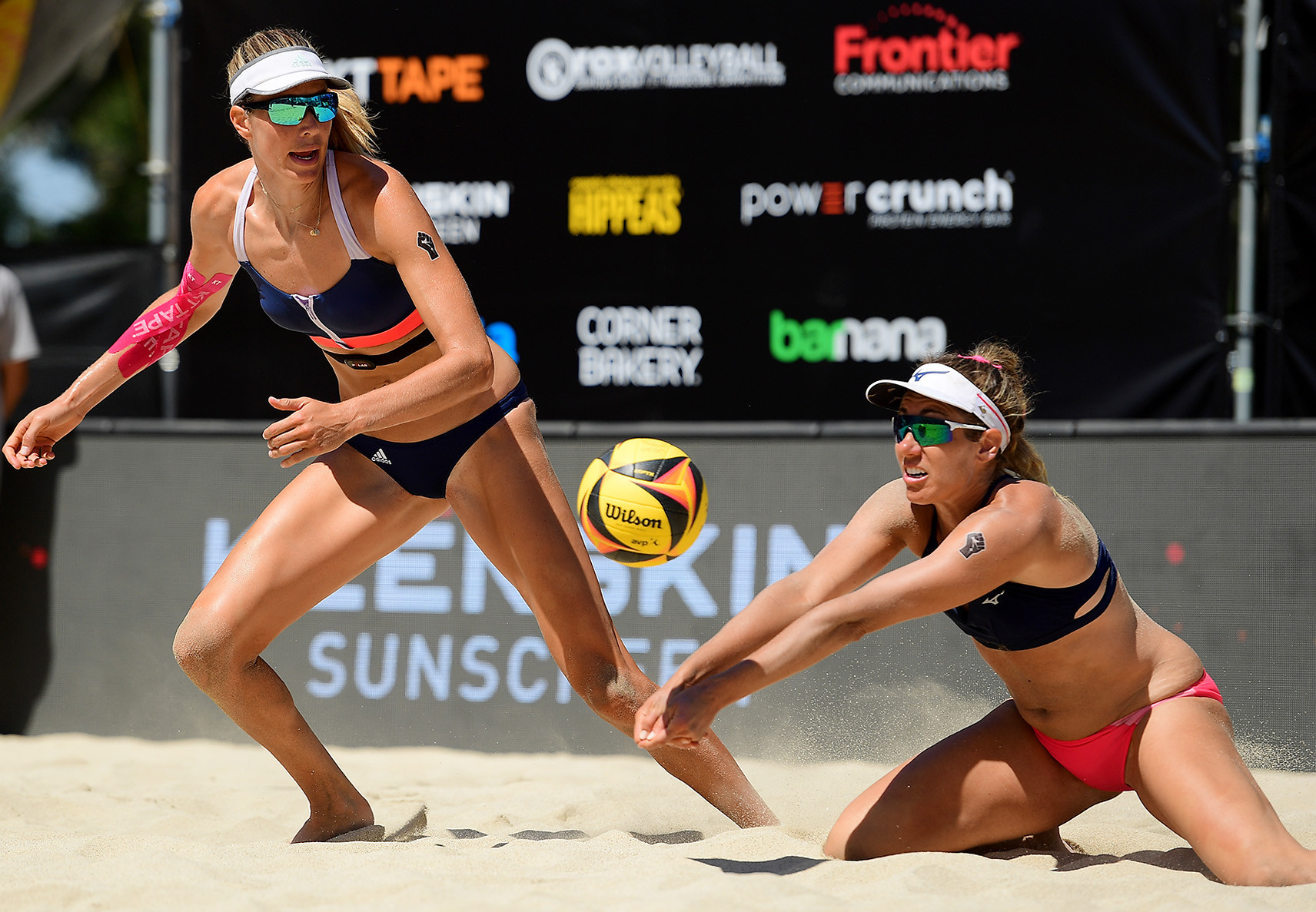 Sarah Pavan and Melissa Humana-Paredes of Canada and Alix Klineman and April Ross of the United States are set to contest the women’s final of the Katara Beach Volleyball Cup after the top two seeds put their quarter-final and semi-final opponents to the sword in Doha today.

Klineman and Ross booked their place in the final in Qatar with a comprehensive 21-15, 21-16 victory over fellow Americans Emily Stockman and Kelley Kolinske.

The other semi-final was a closer affair with Pavan and Humana-Paredes getting the better of third seeds Agatha Bednarczuk and Eduarda Santos Lisboa of Brazil in two edgy sets.

The Canadians saved five set points before converting their first match point to complete a 24-22, 26-24 victory.

"We expected a battle and it was a battle," said Pavan.

"We had some up and down moments.

"We were down in both sets, but we persisted, we kept fighting and it paid off.

"I am really proud of how we fought through the whole day today."

Czech duo Ondřej Perušič and David Schweiner and Brazilian pair Evandro Goncalves and Gustavo Carvalhaes will battle it out in the men’s final of the International Volleyball Federation Beach Volleyball World Tour event.

Seventeenth seeds Evandro and Guto came out on top against Americans Jacob Gibb and Taylor Crabb in an enthralling clash.

The two teams exchanged hard-fought sets which both went into overtime before Evandro and Guto won the tie-breaker, triumphing 26-24, 21-23, 15-11.

Evandro and Guto will now meet 14th seeds Perušič and Schweiner who beat Americans Nick Lucena and Phil Dalhausser 21-9, 21-17 to reach their first four-star final outside their home country.

"We knew it was going to be a really hard battle with the American team," said Guto.

"We know them and they know us.

"We are really happy with this result and to be in the final."

Earlier in the day, Evandro and Guto saw off Aleksandrs Samoilovs and Jānis Šmēdiņš of Latvia 21-11, 21-16, while Perušič and Schweiner came from a set down to overhaul Qatari favourites Cherif Younousse and Ahmed Tijan 17-21, 21-18, 17-15 in a thrilling last-eight battle.

In the women’s quarter-finals, Pavan and Humana-Paredes were taken to a decider by Russia’s Nadezda Makroguzova and Svetlana Kholomina before claiming a 22-20, 24-26, 15-9 win, while Klineman and Ross overcame Brazilians Ana Patricia and Rebecca 21-17, 21-19.

"We’re quite familiar with the team of Alix and April and it’s always a battle against them," added Humana-Paredes on the final.

"We know each other really well, so it’s bound to be a good game.

"As always, as long as we focus on our side, it should be a good match and we should persevere."

The men's and women's finals are both scheduled to take place tomorrow.