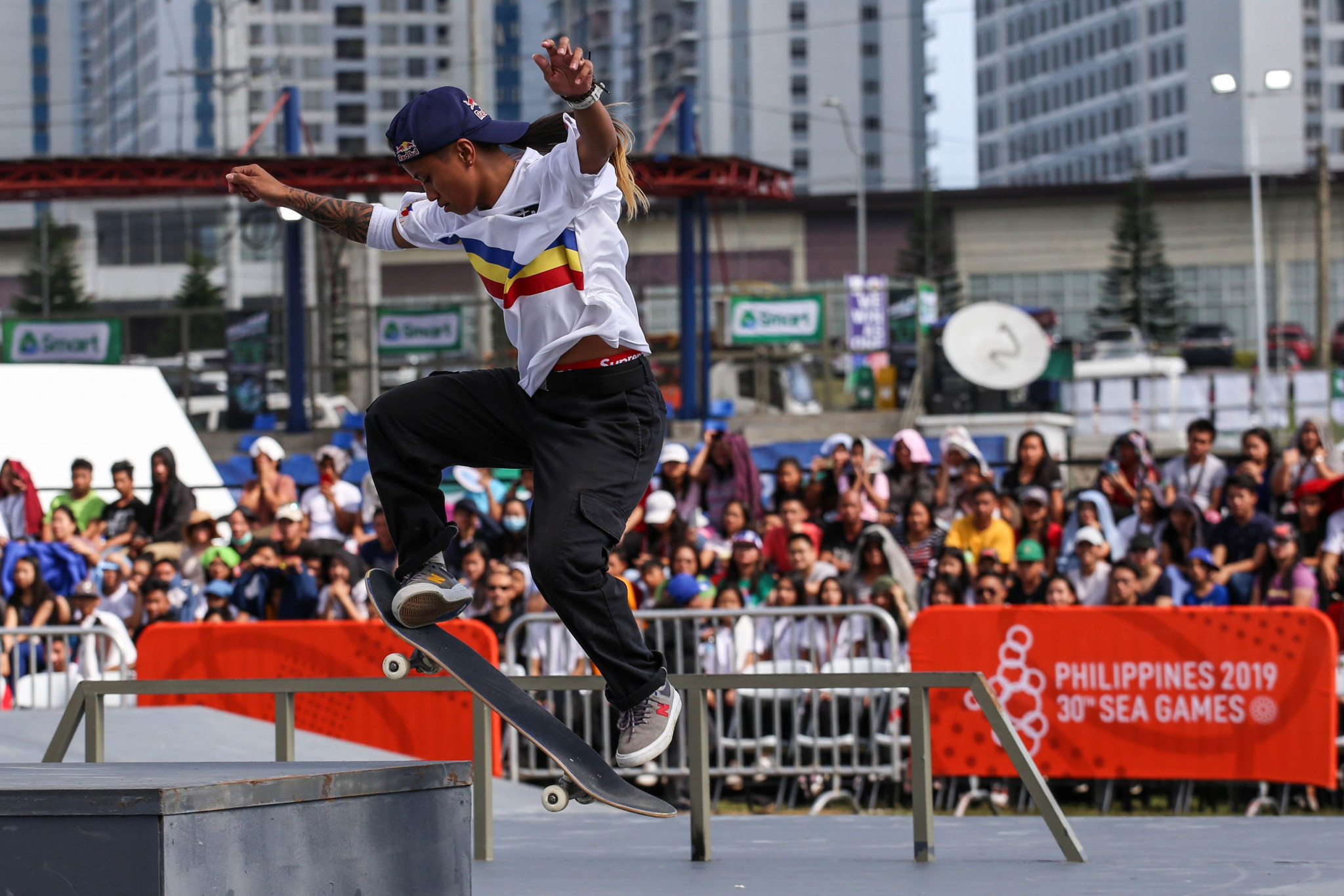 Asian Games gold medallist Margielyn Didal and Shin Sanbongi have been named respective women’s and men’s Asia Skater of the Year for 2020 at the inaugural Asia Skateboarding Awards, with each receiving $1,500 (£1,000/€1,200)..

The event involved more than 250 nominations across six categories using video clips, with a final adjudication for Skater of the Year.

Entries were received from all over Asia, including Japan, the United Arab Emirates, Nepal, the Maldives, Afghanistan, Iran and Palestine.

Didal, a 21-year-old from Cebu in The Philippines, was chosen from an entry of 60 women skateboarders.

She won street gold at the 2018 Asian Games in Jakarta and Palembang, and won two titles at the Southeast Asian Games the Philippines hosted a year later.

Didal also won the women’s fastest feet award, with the men’s winner being 18-year-old Daiki Hoshino, from Isesaki in Japan, and the "Style for Miles" award, with 19-year-old Indonesian Sanggoe Tanjung taking the men’s award.

Sanbonbi, a 28-year-old from Chigasaki in Japan, was adjudged winner from 170 skateboarders in his category.

Japan’s 21-year-old Yuto Horigome won men’s "Trick of the Year" - "a Frontside nollie 180up to switch backside 180 to nosegrind down a handrail" - and the women’s award went to another Japanese skateboarder, 19-year-old Nanaka Fujisawa.

Twenty-year-old Ali Shaahil, from Male in the Maldives, was adjudged male "Hidden Gem", with the women’s award going to 23-year-old Khadijah Juswil from Malaysia.

The Asia Rookie of the Year awards for men and women went respectively to two Japanese skaters in Rio Morishoge, an 18-year-old from Kanagawa, and Momiji Nishiya, a 13-year-old from Matsubara.

Organisers Millenial Events invited skaters to apply through video clips of action taken during 2020, and more than 1,000 contributions arrived.

"As with every other sport in 2020, skateboarding was greatly affected by the global pandemic," an official release said.

"We started inviting skaters from around the region to submit videos, for a lockdown challenge.

"In December we launched the inaugural Asian Skateboarding Awards, by inviting the professional, and accomplished skaters to enter these awards the platform was built and gave a chance for them to be recognised by their peers for their skills.

"Entry was through a process of nominations by key stakeholders from across the continent, from notable skate shops and skateboarding brands to managers, sponsors and skate media."

Margie took home a total of $1,800 (₱87,400) for winning the top honor and two other categories.#ExperienceCebu #SugboPH pic.twitter.com/75ECb49b9z

The project was undertaken in collaboration with Kenny Reed, recently a contest director of the Asian Skateboarding Championships and the national coach of Myanmar, overseeing their entry into the South East Asian Games.

"I was very encouraged by the entries that we saw coming in during our lockdown challenge in May 2020 with many skateboarders under tight lockdown conditions in their homes countries,” Reed said.

"We are grateful for the support of the jury who have given up the time to judge the more than 1000 videos that were submitted by the skaters and we hope these awards will continue throughout the coming years.

"The talent in skateboarding across Asia will progress and evolve as it defines youth culture in the world fastest growing population."