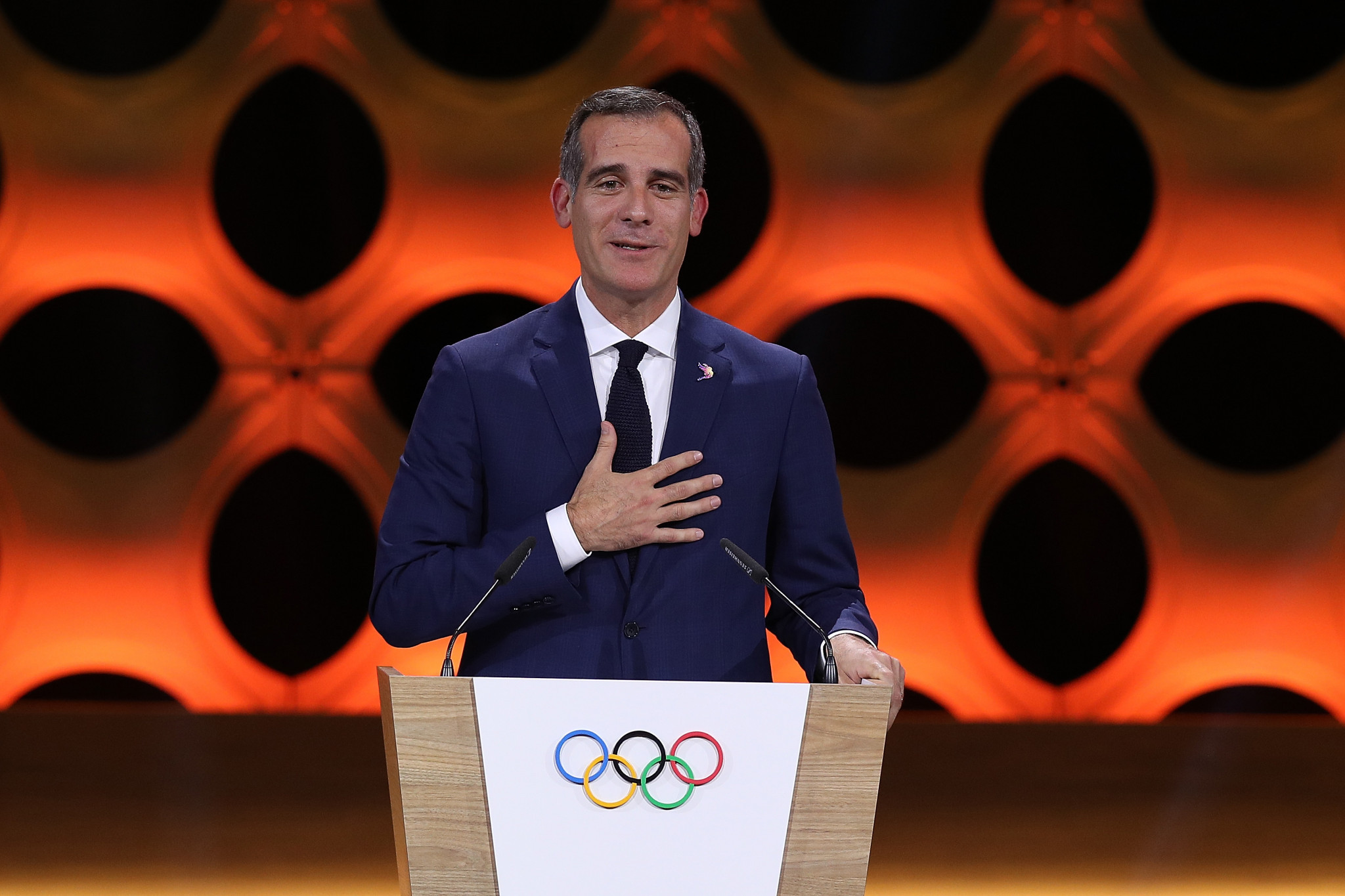 Los Angeles City Council has delayed a vote on whether the city will form part of the California Olympic and Paralympic Safety Command that aims to secure the safety of the 2028 Olympics and Paralympics.

Council President Nury Martinez and the city’s Mayor Eric Garcetti were expected to be given permission on March 2 to sign a Memorandum of Understanding (MoU) to establish the Command - a public safety Cooperative that would help to organise law enforcement resources during the Games.

The Organising Committee for the Los Angeles 2028 Olympic and Paralympic Games and the California Office of Emergency Services are also set to sign the MoU.

But according to My News LA, the City Council has put off making a decision until March 17 despite its Ad Hoc Committee voting in favour of allowing Garcetti and Martinez to include the city in the Cooperative, known as COPPSC.

"Committee members expressed the importance of an adequate level of security for the Games, preserving the city’s progressive identity and policies as they relate to current and/or future national policies and ensuring public health safety in response to the COVID-19 pandemic and its aftermath," the Committee report read.

Using a unified command structure, the Cooperative will include many organisations, including local police departments and sheriff’s offices.

Federal agencies such as the Federal Bureau of Investigation, US Secret Service and Federal Emergency Management Agency will participate as observers.

But the Cooperative can only take place with the unanimous approval of all three main participants - Garcetti, the California Governor’s Office of Emergency Services and Los Angeles 2028.

My News LA reported that members of the public spoke out against the move at the Committee meeting, claiming the Games could have an adverse impact on policing.

Anti-Olympics group NoOlympicsLA has also cited a meeting in June 2020 when the Los Angeles Police Department said it would need to expand by 30 per cent to meet the demands of the Games.

According to the NOlympicsLA campaign website, there was a direct correlation between the 1984 Olympics in Los Angeles and the militarisation of American police.

The group claim there could be the same result following Los Angeles 2028.

"The Olympics historically have led to the militarization of the police and the expansion of the surveillance state at the expense of vulnerable populations time and time again, including the LA84 Games," NOlympicsLA said in a statement to City News Service.

"COPPSC may offer LAPD a seat at the Olympics security table, but this table offers only a double bind for residents who do not want the criminalisation of our immigrant population or a massive expansion in our standing police force."

NOlympicsLA was set up in May 2017 to oppose Los Angeles' bid for the 2024 Summer Olympic and Paralympic Games.

It emerged out of the Housing and Homelessness Committee of the Los Angeles-arm of the Democratic Socialists of America and had aimed to emulate the success of "No Boston Olympics", which led to the initial American 2024 bid being scrapped.

The campaign failed to achieve its objective, however, when Los Angeles was awarded the 2028 Games in September 2017.