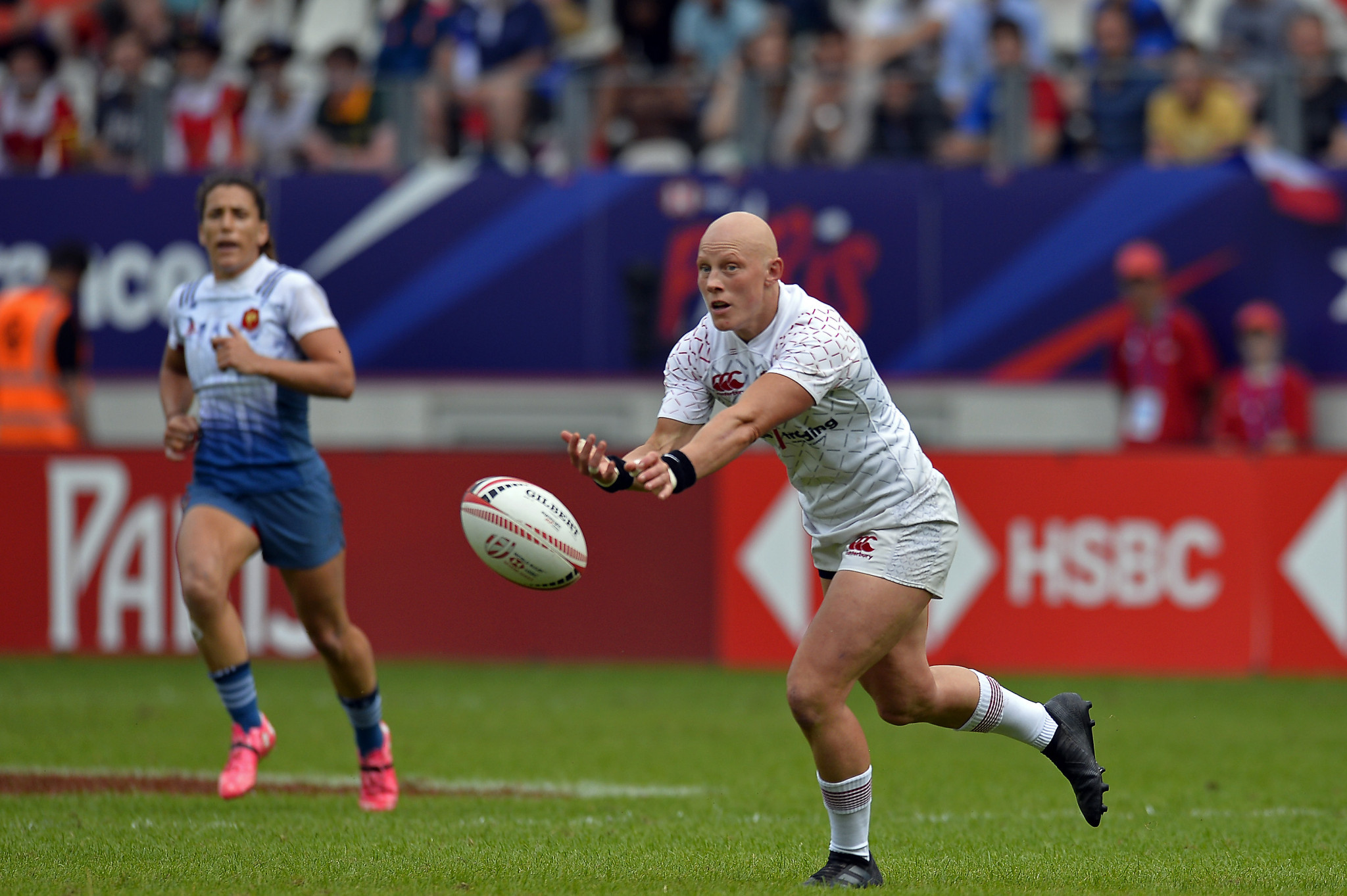 England rugby sevens star Heather Fisher has revealed she has previously been kicked out of women's toilets because people think she is male.

Fisher relayed her experience in a podcast about the challenges she has faced with gender stereotypes to coincide with International Women's Day.

Appearing on the first episode of the new podcast series 22 Voices, Fisher and weightlifter Sarah Davies spoke about the challenges they have faced regarding stereotypes.

Fisher has alopecia, a condition that causes hair to fall out, which has led to some mistaking her for a man.

"People instantly kick me out of toilets, instantly think I'm a bloke," said Fisher on the podcast launched by the Birmingham 2022 Commonwealth Games.

"I've got to the stage where I've had broomsticks push me out of toilets before and police waiting for me outside of toilet areas because they think I'm a boy, all because I've got no hair."

Fisher also spoke about the gender stereotypes found in women's rugby, where many still are questioned over their validity in comparison to the men's game.

Commonwealth Games silver medallist Davies is a former beauty pageant winner and has also spoke about the abuse she has faced, as well as her position as a role model for young girls.

"People do still have that stereotype about what a weightlifter should look like," said Davies.

"I go into schools and do assemblies and the teachers say 'you don't look like a weightlifter'.

"I say, 'I'm one of the best in the world in my weight class, so this is what a weightlifter looks like.

"I was bullied as a kid for being muscular.

"I'm now more muscular than I've ever been and I'm successful at what I do because of that, and I can get on stage and be in a room full of women and be equally as feminine.

"If I can put myself out there and be the role model I didn't have at the age of 11, that's who I want to be."

Davies won the Miss Intercontinental England beauty pageant and said she was nearly banned from part of a competition in the Philippines because of her physique.