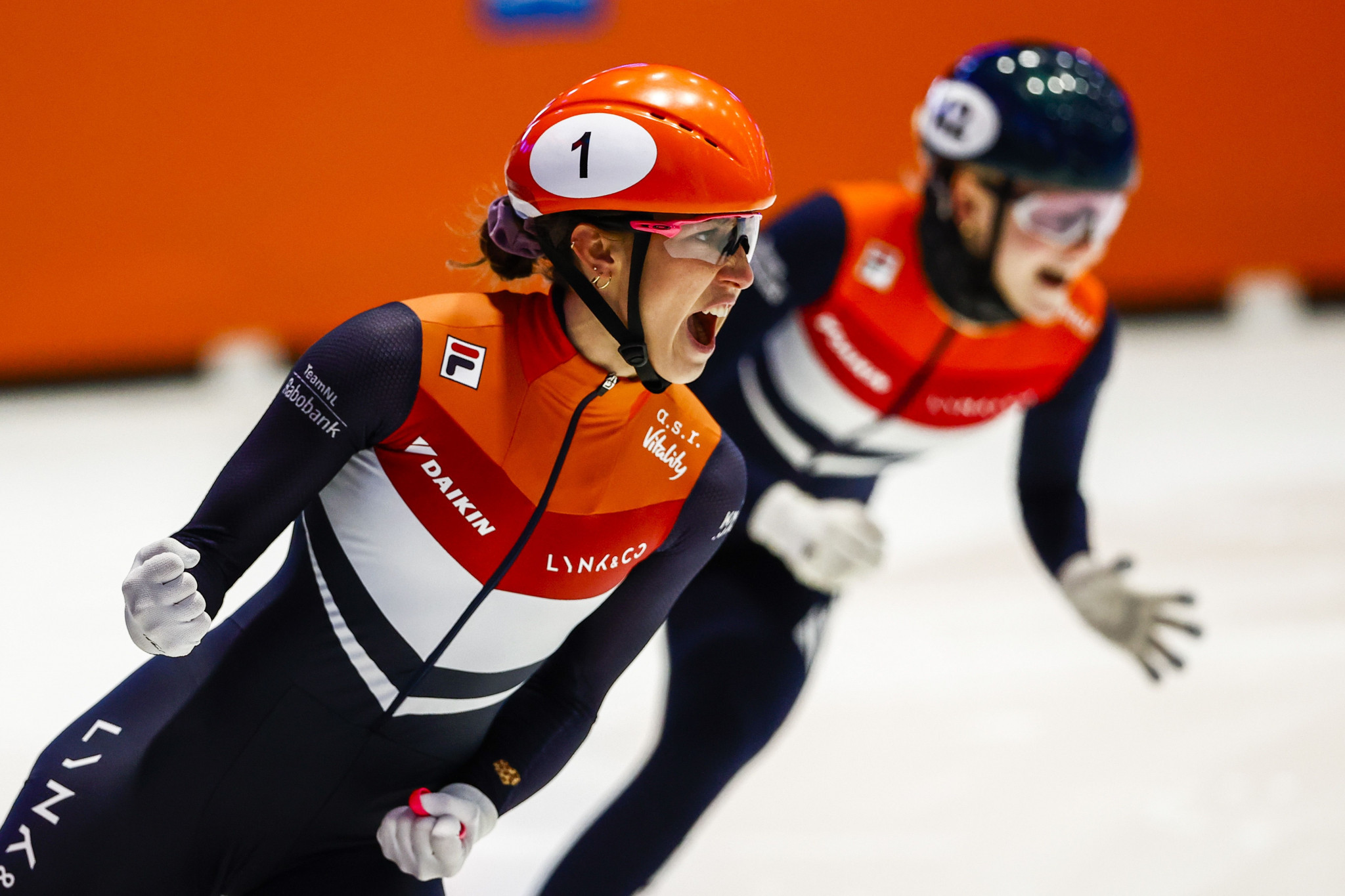 The 23-year-old is hoping to retain the overall title she claimed two years ago in Sofia, with the 2020 World Championships cancelled due to COVID-19.

Schulting began the day by winning her 1500m semi-final in a time of 2min 23.415sec, finishing ahead of team-mate Selma Poutsma.

Canada’s Courtney Sarault and The Netherlands’ Xandra Velzeboer completed the podium in times of 2:37.089 and 2:37.109 respectively.

Schulting enjoyed a comfortable passage through her 500m semi-final by achieving a time of 42.525, with Italy’s Arianna Fontana taking the second spot in the final in 42.710.

The final proved a repeat with Schulting holding off the challenge of her rival to win gold in 42.661, leaving Pyeongchang 2018 Olympic bronze medallist Fontana settling for second in 42.719.

The podium was completed by Poutsma, with the Dutch skater clocking 42.850.

High emotions as Suzanne Schulting ?? wins the 500m gold ?. The last skater to win this title was Lara van Ruijven, who tragically passed away in 2020.

Following the race. Schulting paid tribute to the 2019 world champion Lara van Ruijven, with the Dutch skater having died last year at the age of 27 from an autoimmune disease.

Schulting will set her sights on earning a third individual title tomorrow when she attempts to defend her 1000m crown.

She holds a convincing lead in the overall standings having secured 68 points today, with Fontana second on 26.

Hungary’s Shaoang Liu triumphed in the men’s 500m competition, with the 22-year-old clocking 40.524 to win a maiden world title.

The World Championships will conclude tomorrow.