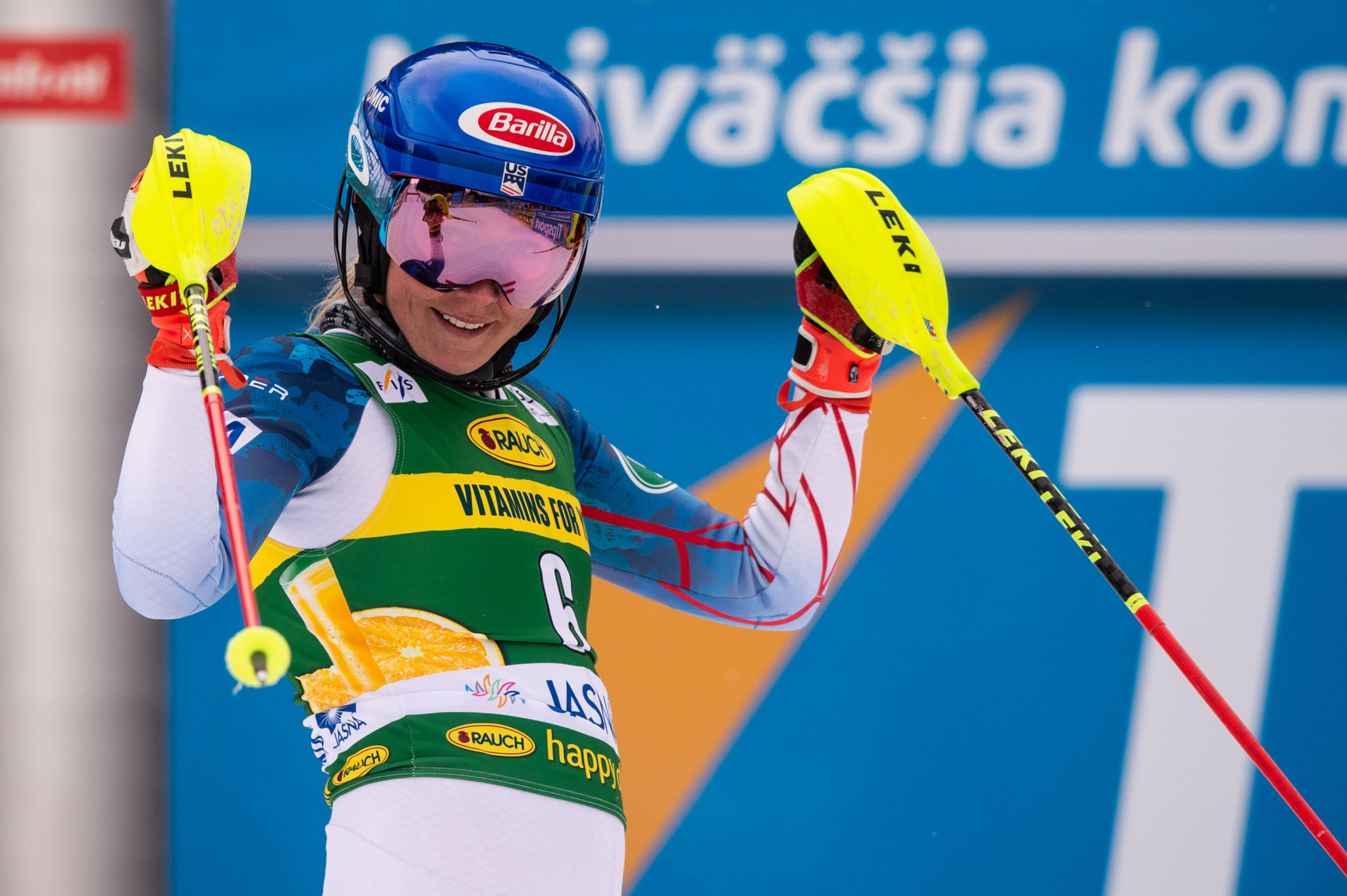 Home favourite Petra Vlhová led the competition at the halfway stage, with the Slovakian skier posting a time of 51.64 seconds.

The second run saw Shiffrin overturn her deficit to Vlhová, with the four-time slalom world champion achieving a time of 52.37.

Her combined time of 1:44.28 was enough to secure victory.

Vlhová was left settling for second place after posting a time of 52.98, leaving her 0.34 behind Shiffrin in an overall effort of 1:44.62.

Holdener held onto third place on the leaderboard by ending on a time of 1:44.80.

The result gave Shiffrin her 45th slalom World Cup victory of her career.

The American star and Vlhová have won 31 of the past 32 World Cup slalom events.

Vlhová remains top of the World Cup slalom standings with the Slovakian leading on 480 points, with Shiffrin lying second on 435.

The final two slalom races are due to take place next week in Sweden.

Competition will continue tomorrow in Jasna with a giant slalom race.