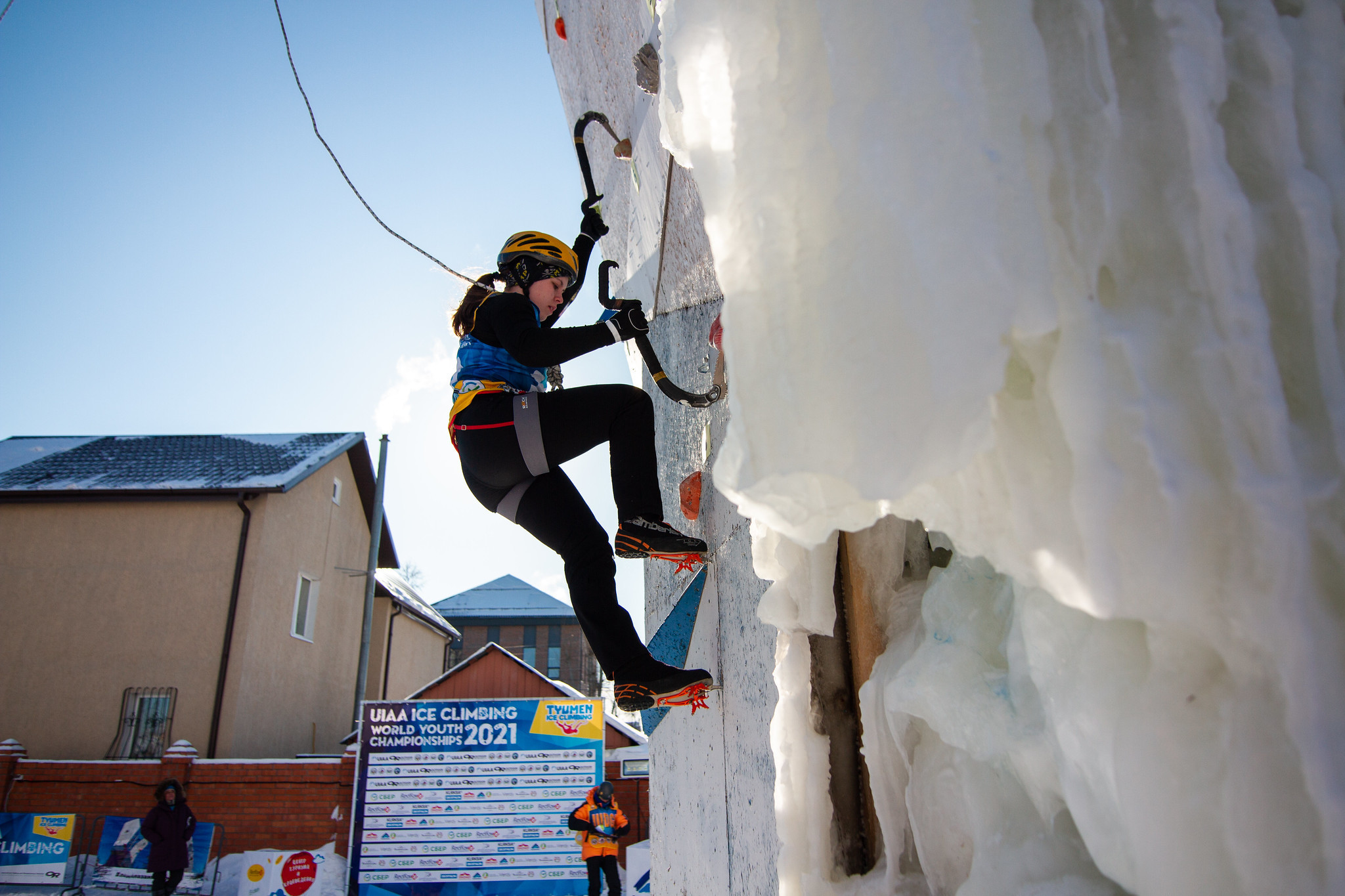 The men’s competitions saw Russian clean sweeps in the under-16, under-19 and under-21 categories.

Vladislav Temerev topped the podium in the latter by finishing the final in a time of 8.93sec.

Nikita Glazyrin and Egor Zinovyev completed the podium in times of 9.89 and 10.52, respectively.

The under-19 event saw Danila Bikulov emerge as the winner in 9.19, followed by fellow Russians Artem Sheverev and Maksim Reshetnikov in times of 9.39 and 9.60.

Russia’s domination of the men’s speed events was completed with Roman Shubin winning the under-16 competition in a time of 12.07.

Times of 13.54 and 15.17 proved enough for Mikhail Sysoliatin and David Mamin to claim silver and bronze medals.

Irina Dubovtseva, who earned a runner-up finish at La Plagne in France during last month's UIAA Ice Climbing European Championships, topped the standings in the women’s under-21 speed event.

Russia were the only country competing in the women’s under-19 event which was won by Daria Glotova in 15.11, with team mates Polina Bratukhina and Olga Vylegzhanina trailing on 15.64 and 16.19.

Arina Kolegova, Anna Altsibeeva and Ekaterina Goreva were the top three in the women’s under-16 competition, with the Russian climbers achieving times of 14.16, 19.32 and 21.00 respectively.

In the bouldering finals, Russia were also dominant across the age groups.

In the women's under-22 competition, Iullia Filateva of Russia triumphed with 3717 points, with her compatriot Irina Dubovtseva in second with 3217 points.

Third place went to Aneta Louzecka of the Czech Republic with 2883 points.

In the men's under-22 competition, Russia claimed a clean sweep of the medals.

Gold went to Vladislav Temerev with 5255 points, with silver going to Ivan Loshchenko with 4671 points, and bronze to Ilia Kurochkin with 3171 points.

Russia also filled the podium in the men's under-19 competition.

Gold went to Maksim Reshetnikov with 4,266.7 points, with silver going to Aleksandr Zagainov with 3350 and bronze to Pavel Sadakov with 2350.

The women's under-19 event saw the field comprised entirely of Russian athletes.

Gold went to Daria Glotova with 6883 points, ahead of Polina Bratukhina with 5883 and Evgenia Iashkova with 2217.

The field was also made up entirely of Russian athletes in the women's under-16 category.

Gold went to Arina Kolegova with 4200 points, with Aanna Altsubeeva claiming silver with 3200 and bronze going to Ekaterina Goreva with 1367 points.

The men's under-16 category also saw an entirely Russian podium.

The UIAA said its World Cup season, heavily impacted by COVID-19, will conclude next week in Kirov.