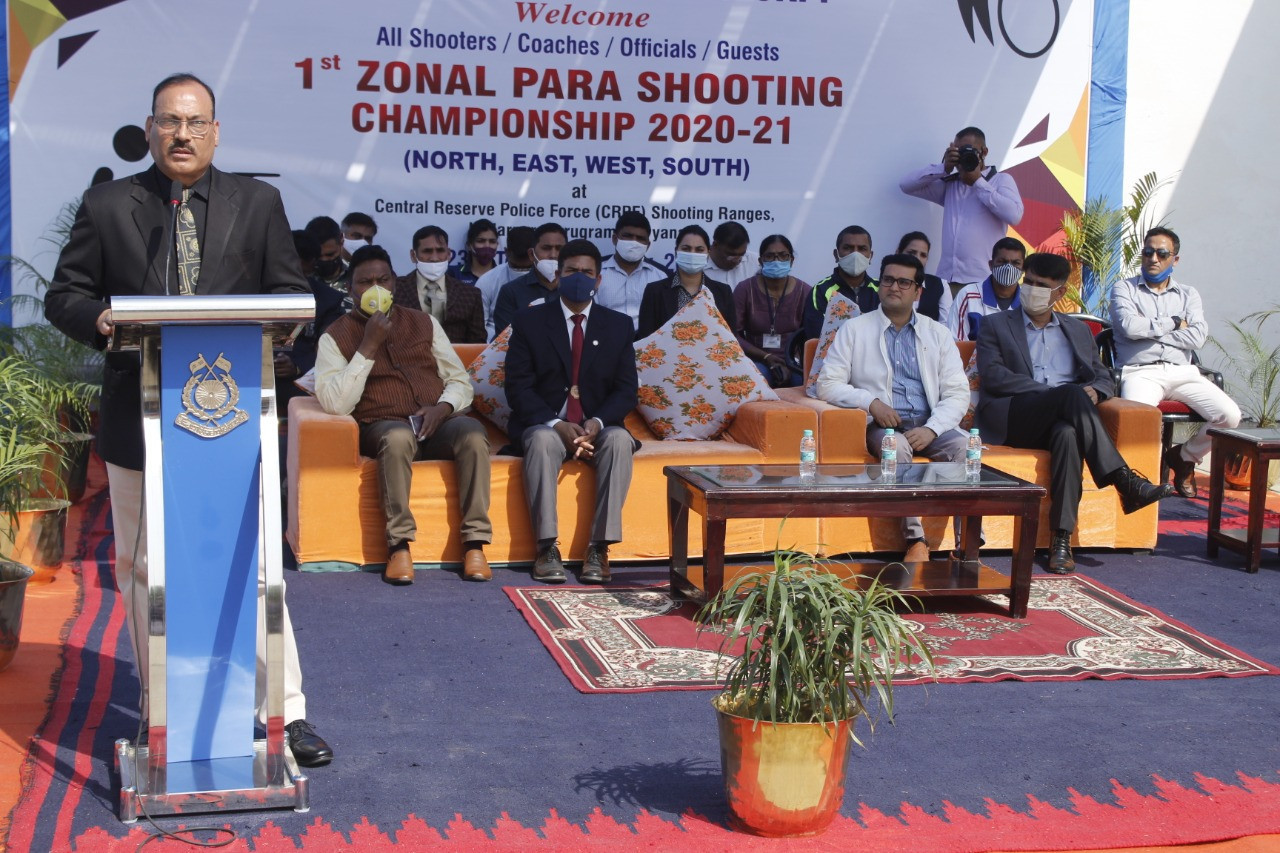 India’s Paralympic shooting has been boosted by the staging of the first Zonal Para Shooting Championship at the CRPF Shooting Range in Kadarpur.

The Championship, which concludes today, is the latest manifestation of support for the country’s Paralympic Movement by the Central Reserve Police Force (CRPF), which has provided use of the shooting range and infrastructure at the CRPF Campus in Gurugram.

A total of 87 participants from 18 states from all four zones - east, west, north and south - are participating, with a medical classification of 73 new Para shooters conducted.

The Kadarpur shooting range is a world-class shooting facility with targets between 300 yards to 1,000 yards.

Besides National Championships, the range has hosted the shooting competition during the Delhi 2010 Commonwealth Games.

The inaugural 2021 Championship was set in motion by Shri K.S. Bhandari, additional director general of the CRPF Academy.

The event was organised by the Paralympic Committee of India (PCI), led by national coach and shooting chairperson J.P. Nautiyal.

During his inauguration speech, Bhandari praised the spirit of every Para sportsperson and emphasised that the "human spirit is one of ability, perseverance and courage that no disability can steal away."

Nautiyal commented: "We are very happy to hold our first Zonal Championships.

"This will be an important event in terms of finding new talents and building a bench strength.

"We are also very thankful to the CRPF for hosting such a well-organised competition and providing their CRPF sports persons as volunteers for the event.

"Without their support, this event wouldn’t have been a success."

He added: "The attraction of the Championship is 14 junior shooters who are as young as 12 years, which is very encouraging for para shooters and the sport in India."

PCI administrator Rahul Swami added: "It’s great to see the enthusiasm and interest of the athletes to come out and participate.

"India is already doing very well in Para shooting and this Championship is the first step towards getting national champions."

India is still waiting for its first Paralympic shooting medal.